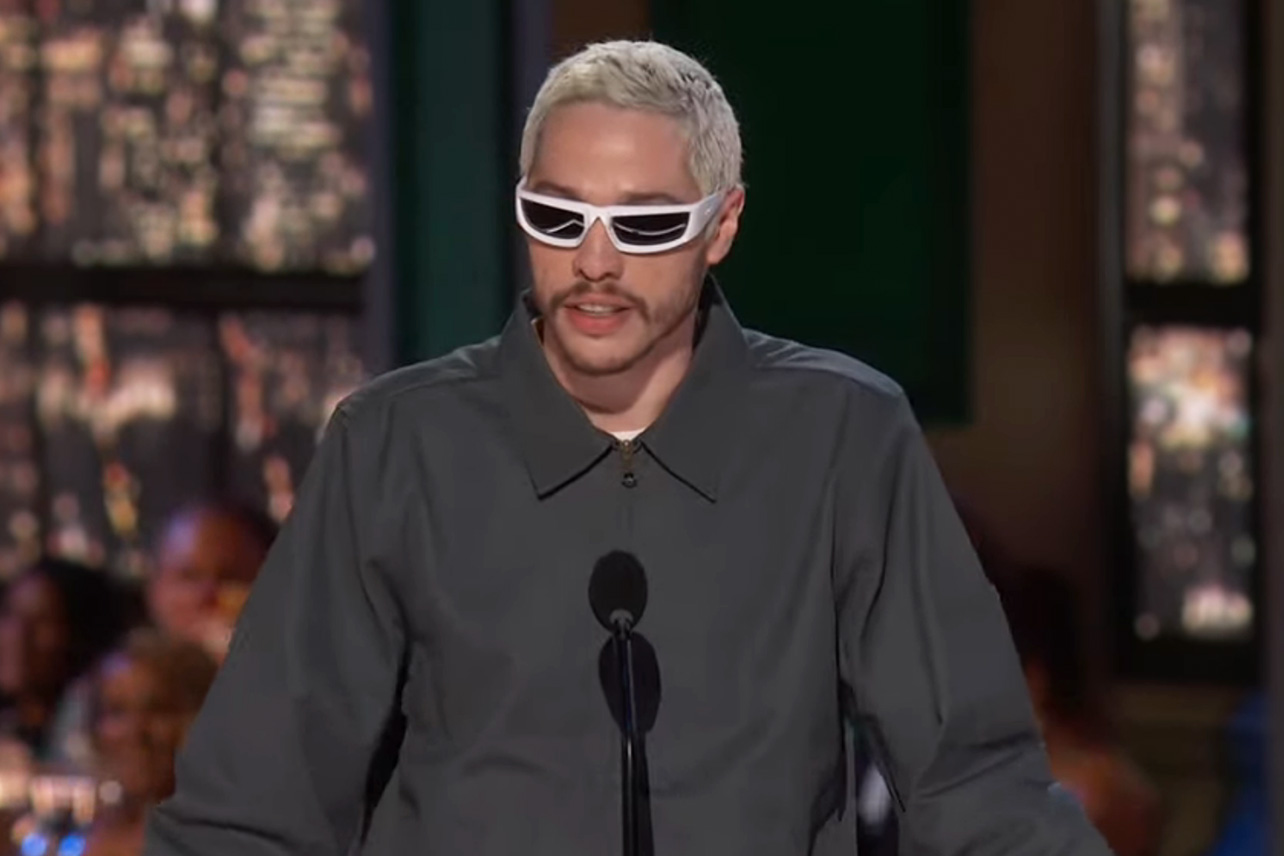 Ted Lasso is taking home the funniest award for the second year in a row, claiming victory at the 2022 Emmys after the Apple TV+ comedy won in the Outstanding Comedy Series category. But the show’s introduction managed to somewhat upstage its win, thanks to presenter Pete Davidson.

The Saturday Night Live alum was tapped to present the award for Outstanding Comedy, where he hunched over a microphone while wearing a pair of sunglasses and mumbled a few jokes about his former SNL co-star and the evening’s host, Kenan Thompson.

Davidson began, “Before I say anything, I just want to say, how about a shout-out to Kenan Thompson, man. The guy’s been in the zone the past 30 years, just making us smile, nothing but net. He’s an absolute treasure and I’m honored to call him a friend. This is really cool.”

He then looked down and observed, “This mic is short as hell,” before confessing, “I didn’t come to rehearsal. It’s funny, ’cause this is just like SNL because Kenan is doing all the work and I’m refusing to say what the writers want.”

The comedian delivered one last joke, quipping, “The Emmys, this is cool, man. Thanks for having me here. The Emmys are like, so prestigious. Even being nominated for one could be the pinnacle of an actor’s career … I assume.”

But in the end, Davidson did deliver what the writers wanted by revealed Ted Lasso as the night’s comedy champ. After the comedian briefly fumbled with the envelope onstage, he opened it to announce the Jason Sudeikis-led comedy as winner.

Sudeikis, the star and executive producer of Ted Lasso, delivered an acceptance speech for the show in which he thanked the fans and “everyone” who worked on the series, before promising more to come: “We’ll see you for Season 3 at some point,” he said.

Ted Lasso was up against some hefty competition in a category that’s stuffed with heavy-hitters this year. The series beat out fellow nominees Abbott Elementary, Barry, Curb Your Enthusiasm, Only Murders in the Building, The Marvelous Mrs. Maisel and What We Do in the Shadows, as well as Hacks, which was also nominated last year.

Ted Lasso‘s victory comes after the show took home Best Comedy in 2021, making history for Apple TV+ as the streamer became the first to win a major program award after only two years of being eligible.