Will Smith Won’t Get An Oscar For ‘Emancipation,’ So Can We Call Off the Slap Apology Tour Already? 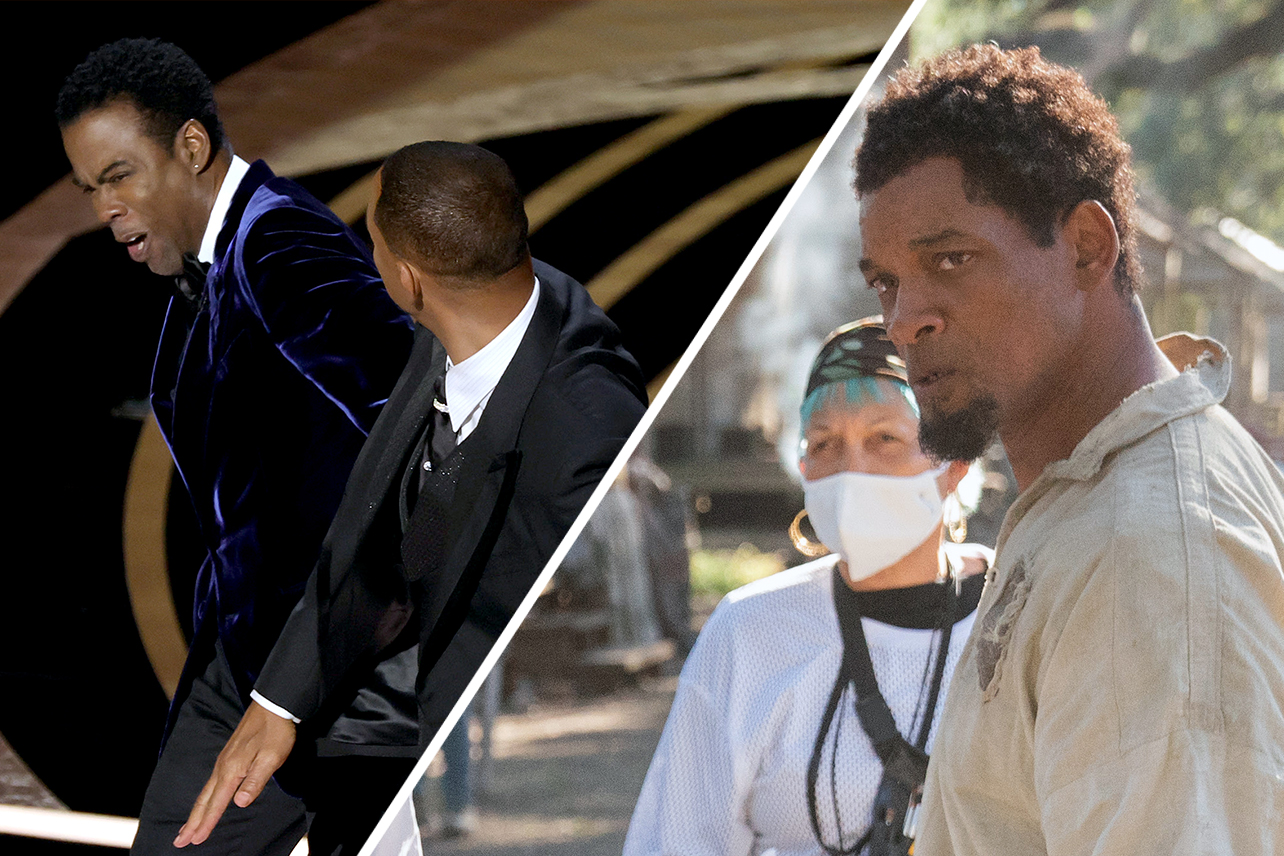 Will Smith will not be nominated for an Oscar for Emancipation.

Awards predictions are always a tricky business, but this particular assessment feels safe. Yes, it is too soon after the actor slapped Oscar host Chris Rock on live television in March. (Late March, at that—a mere eight months ago!) But more than that, there’s the fact that Emancipation—which was released in theaters last week and began streaming on Apple TV+ today—simply isn’t very good. And it’s certainly not worth Smith’s groveling apology tour.

Directed by Antoine Fuqua—known for his action thrillers like Training Day, Olympus Has Fallen, and Infinite—with a screenplay by William N. Collage, Emancipation is a disjointed hybrid of a cliché Civil War slave drama and an action-packed chase movie. Smith, doing a Haitian accent that’s too precise to feel natural, plays an enslaved man named Peter. Peter is torn away from his family and forced to work on building the Mississippi railroad, and as he’s being carted away, he shouts back to his sobbing son that he will find his way back. Fuqua doesn’t pull any punches when it comes to showing audiences the brutality of slavery. Through a muted, sepia palette, we see the decapitated heads of Black men on stakes, Black men collapsing from exhaustion, and mass graves filled with Black bodies thrown carelessly atop one another.

It’s hard to watch, and that’s the point, to be sure. But it only makes it all the more jarring when Fuqua abruptly shifts into “fun-time, alpha-male, chase sequence” mode. Peter and a few other men make a break for it through the swamp, with the merciless slave owners (led by a sociopathic Ben Foster) close on their heels. From this point on, until he reaches the safety of a Union Army camp, Smith is a bonafide action hero. He wrestles with an alligator with nothing but a knife and wins. He scales trees and chops down wasp nests. He slices leeches off his body, cauterizes his wounds with hot coals, and he never, ever cries. (Until he’s reunited with his family, of course.) Instead, he grits his teeth and swallows down his screams, like a man. It all has very little to do with the “based on a true story” historical drama Oscar-bait that Emancipation was clearly sold as.

While it’s impossible to know what would have been, even without The Slap, Emancipation doesn’t feel like the kind of movie that would have earned Smith the hardware he’s been chasing for years. (Which makes it all the more tragic that he overshadowed his long-awaited Best Actor win for King Richard.) Despite everything, Smith is still a great actor. But unlike the layered, complex character study that was Reinaldo Marcus Green’s King Richard biopic, Emancipation doesn’t give Smith an Oscar-worthy character. Peter is flat and one-dimensional. All we know about him, really, is that he’s a man of faith who is fiercely loyal to his family. And that’s it. Throughout the movie’s two-hour and 12-minute runtime, we learn nothing more about Peter beyond his super-human ability to survive. Too bad, too, as the true story that inspired the film is a fascinating chapter of American history worth a much better movie than this one.

But clearly, Apple—which nabbed the Best Picture Oscar for last year’s CODA—thinks the movie has a shot at this year’s Academy Awards. Why else would the studio have Smith telling The Daily Show‘s Trevor Noah that he “lost it?” And assuring readers of Variety that he “completely understands” if audiences aren’t “ready” for his comeback? It’s an apology tour full of far more hand-wringing and admission of wrong-doing than most of the Hollywood men on the 2017 #MeToo list. It’s uncomfortable. It’s cringe, as the kids might say. And, frankly, Fuqua’s mediocre movie isn’t worth the effort.

If Apple couldn’t be persuaded to delay the release of the film—because it really is too soon—then Smith and his PR team should do the world a favor and spare us the rest of the apology tour. No one is getting an Oscar out of this one.

Family of Jaythan Kendrick sues for $100 million after wrongful conviction