Whoopi Goldberg Rips Netflix’s Jeffrey Dahmer Series on ‘The View’: “If That Were My Family, I’d Be Enraged” 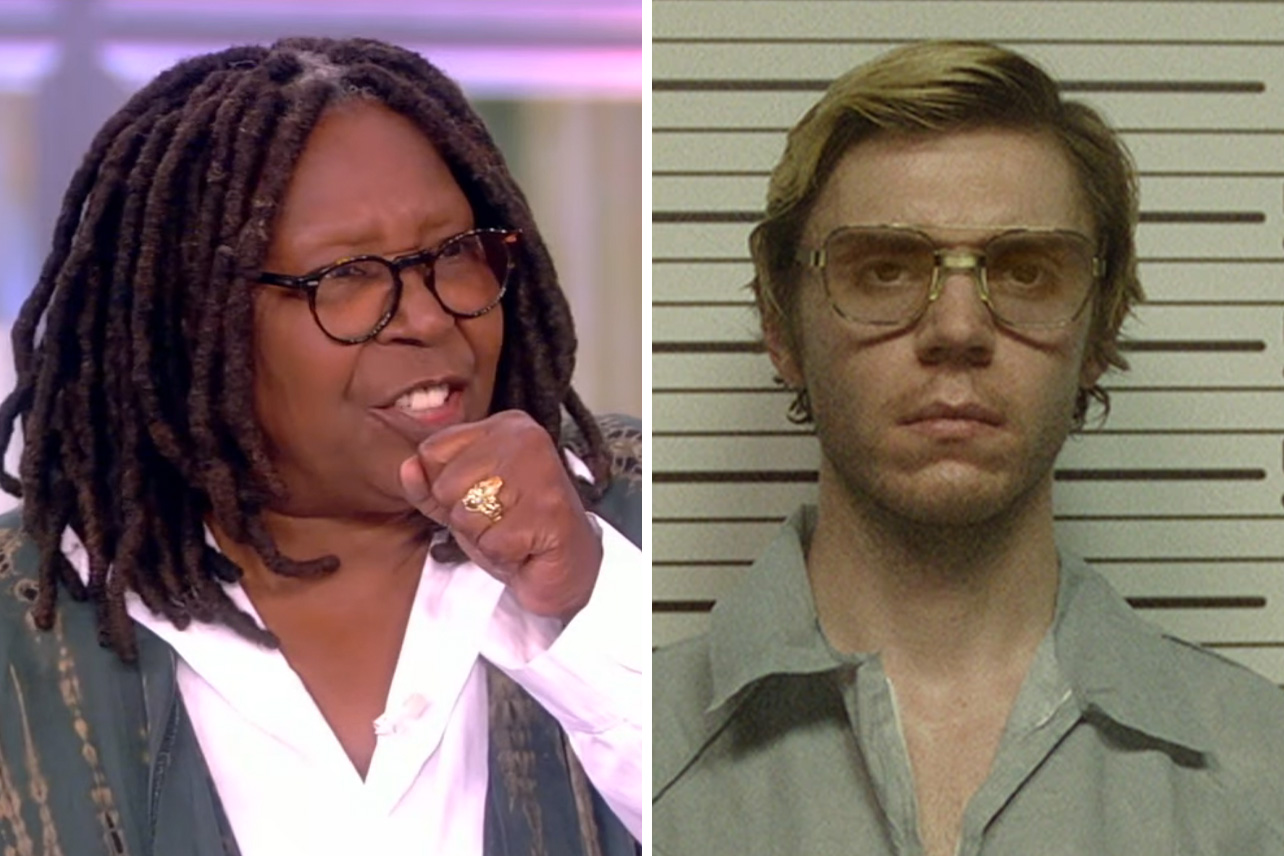 The View is sounding off on Netflix‘s most popular series of the moment, Ryan Murphy‘s serial killer drama, Dahmer – Monster: The Jeffrey Dahmer Story. The show, which premiered on the streamer last week and remains in the No. 1 spot in Netflix’s Top 10, has been garnering plenty of attention from both its fans and detractors — but Whoopi Goldberg wants all of the buzz to stop.

During a heated conversation on this morning’s episode of The View, Goldberg firmly made the case against serial killer series, pointing to the traumatizing effect such shows have on the families of victims.

“Ryan [Murphy] is an amazing artist,” Goldberg said, before adding, “If that were my family, I’d be enraged. Because it is being killed over and watching your child get [killed], and then you have to listen to how it went and all this other stuff that, as a person who’s lost someone like that, it’s just — you can’t imagine.”

While Goldberg was anti-Monster, her co-hosts didn’t all share her passionate take. Sunny Hostin advocated for the series as a way to teach younger viewers about the details of the Dahmer case, specifically the “young, Black and Brown gay men” who were Dahmer’s targets.

“These communities are still marginalized, and sometimes treated the same way,” Hostin said, later praising Murphy for his work on Monster and admitting, “There were other pieces to this story that even I didn’t know.”

Referring to the police officers who worked on the Dahmer case but were fired and later reinstated — one of whom only retired in 2017 — Hostin insisted, “I do think that’s a story that needs to be told.”

Despite Hostin’s argument, relatives of Dahmer’s victims have since spoken out against the show, in which Evan Peters portrays the serial killer who murdered 17 men and boys over the course of 13 years. Rita Isbell, whose brother was murdered by Dahmer, is portrayed in Monster but wrote in an essay for Insider that seeing herself onscreen “felt like reliving it all over again.”

“I feel like Netflix should’ve asked if we mind or how we felt about making it. They didn’t ask me anything. They just did it,” Isbell wrote, adding, “It’s sad that they’re just making money off of this tragedy. That’s just greed.”

Take cues from Sara Ali Khan and Ananya Panday’s athleisure for your next gym visit; PHOTOS