Tiger Shroff—who has stunned the masses with his high-octane action thrillers, has dropped a short video of himself wherein he opted to pose shirtless underwater. Last seen with actress Kriti Sanon on the chat show Koffee With Karan, the Heropanti actor clearly leaves no moment unturned to surprise his fans by dropping such stories on Instagram.

In his Instagram story, we can see him posing in style in dark blue-coloured boxers. Not only this, we saw him flaunt his chiseled body following which his fans will surely crave for more such glimpses.

With nearly 36 million followers on Instagram, he clearly knows how to garner attention amongst the masses—be it by his performance in films or with Instagram stories like these. 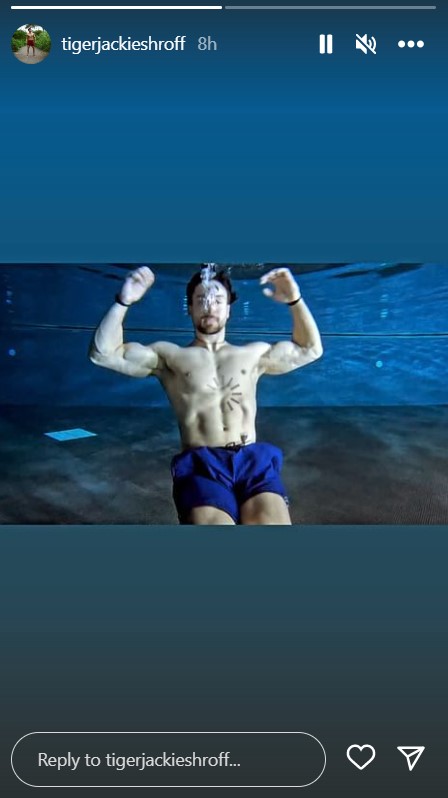 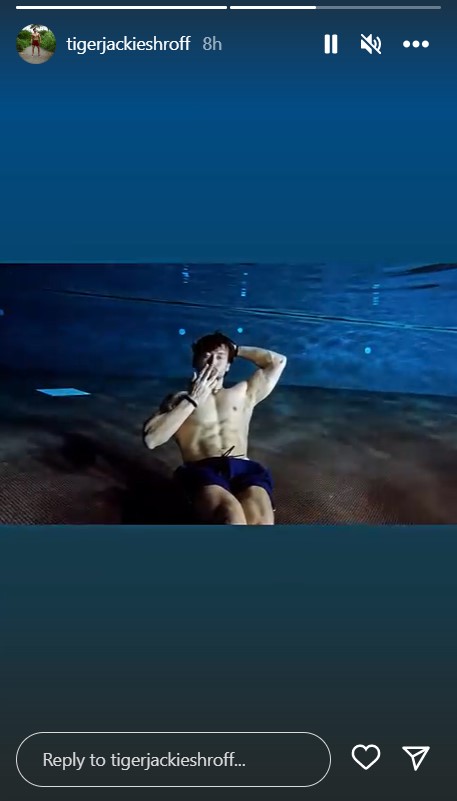 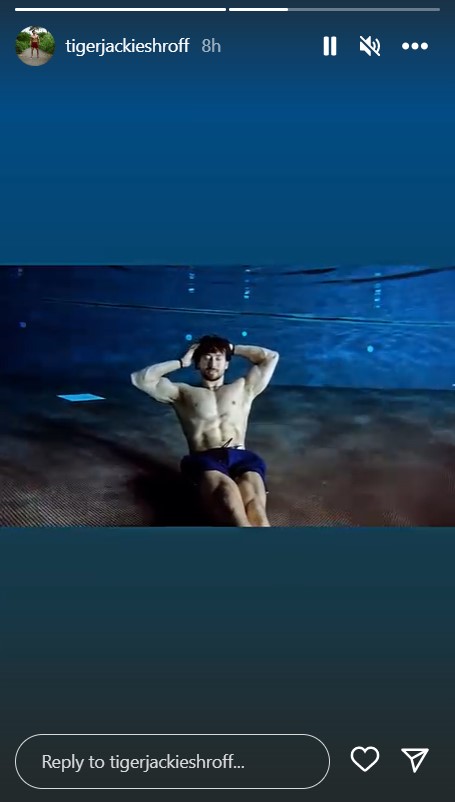 Recently, on Koffee With Karan, Tiger stressed that he is single and is not in a relationship with anyone, despite host Karan Johar’s repeated pokes aiming him to spill beans about his equation with Bollywood actress Disha Patani.

Reportedly, Disha Patani and Tiger Shroff have been dating each other for years now. Though they both never accept their relationship in public, Tiger’s mother Ayesha Shroff is often seen roaming around Disha and appreciating her work.

Karan went a step ahead and also asked Tiger why he never hit on Kriti to which he immediately quipped by saying that she was already taken. Going a step further, Karan asked what Tiger envies Ranveer Singh for, he said ‘his wife’. Karan was surprised at his reply when Tiger replied that it is because she was so talented but clearly Karan wasn’t ready to buy that defense. Notably, actor Ranveer Singh is married to actor Deepika Padukone. When asked by KJo if Tiger has ever gone commando in public, he said, “All the time.”

On the work front, Tiger is set to work in the film Rambo which is being directed by Siddharth Anand. He is also working in another film alongside actor Akshay Kumar titled Bade Miyan Chote Miyan.

‘This nerd is a silent killer’