Tiger Shroff’s last film Heropanti 2 which was released on the OTT platform on May 27, did not perform well initially on the box office. The action thriller also starred Tara Sutaria and Nawazuddin Siddiqui in the lead roles. Well, the actor conducted an AMA session on his Instagram on Saturday and took note of the poor performance of the film. He shared his honest response after a fan asked him about how he felt after doing the film. Tiger took to Instagram Stories to respond to fan questions.

A fan has asked him, “Heropanti 2 karke aapko kaisa laga (how did you feel about doing Heropanti 2).” The actor wrote his response, which read, “Release hone se pehle bada mazaa aya… release k bad l lag gaye (it was a lot of fun before the film’s release, but not after that).” The film was directed by Ahmed Khan. As per reports, it collected only ₹24 crores at the domestic box office. To note, the film is a sequel to his 2014 debut film Heropanti. It was directed by Sabbir Khan and Kriti Sanon was seen as the lead.

A fan also asked him about the release of Bade Miyan Chote Miyan. And he responded Christmas 2023. The film also stars Akshay Kumar.

Take a look at his response here: 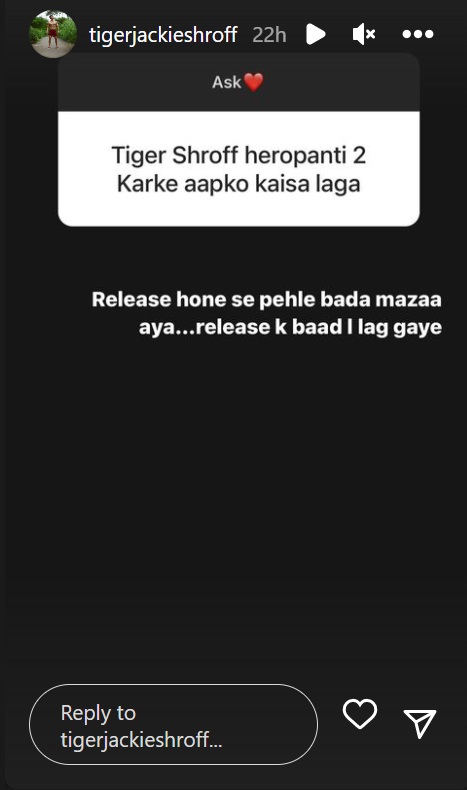 Where Was Netflix’s ‘Lou’ Filmed?