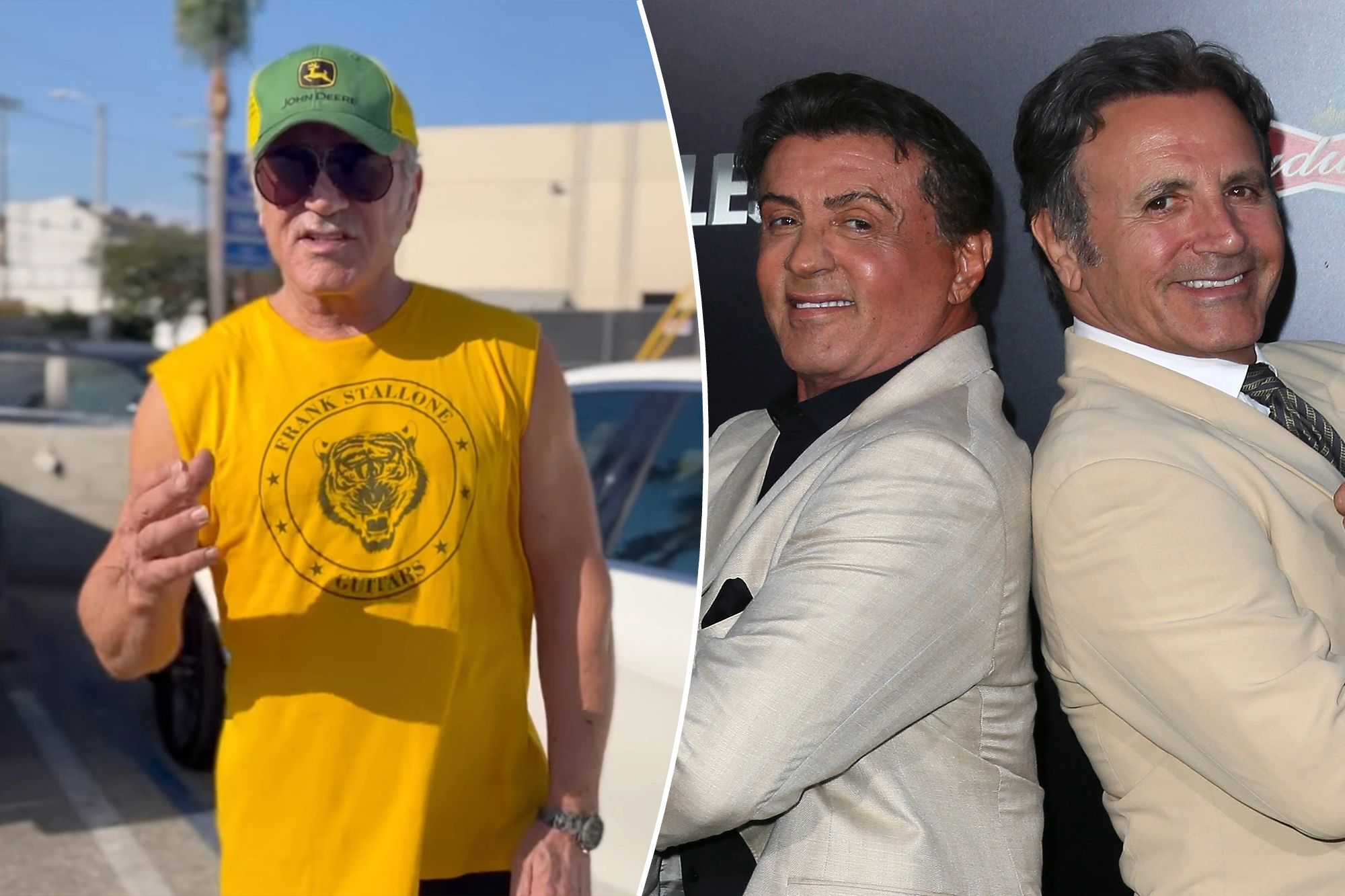 Frank Stallone is throwing his support behind his older brother Sylvester Stallone after it emerged he and his wife of 25 years are getting divorced.

And during what can only be assumed to be a difficult time for Stallone, his younger brother is showing him his support.

Taking to Instagram Wednesday, the 72-year-old shared a throwback snap of the pair during their childhood years.

He later shared another post on Instagram, which consisted of a short video followed by a snap of him with Sylvester.

“There’s a lot of stuff going on, but remember one thing: Prima La Familia,” Frank said in the video, which translated to “Family First.”

Court documents obtained by Page Six state the marriage is “irretrievably broken” and note that Flavin is requesting assets accumulated during the union to be “equitably distributed” between them.

Flavin also claims Stallone “engaged in the intentional dissipation, deplete and/or waste of marital assets,” which has negatively affected the “marital estate.”

She’s requesting to be “compensated and made whole” by receiving more money than Stallone does from the estate.

Flavin, who is looking to restore her maiden name, also wants exclusive use of their marital home in Palm Beach, Fla., while Stallone resides in their California property.

Stallone addressed the news Wednesday, telling Page Six, “I love my family. We are amicably and privately addressing these personal issues.”

Stallone married Flavin in May 1997, nearly 10 years after they met at a restaurant.