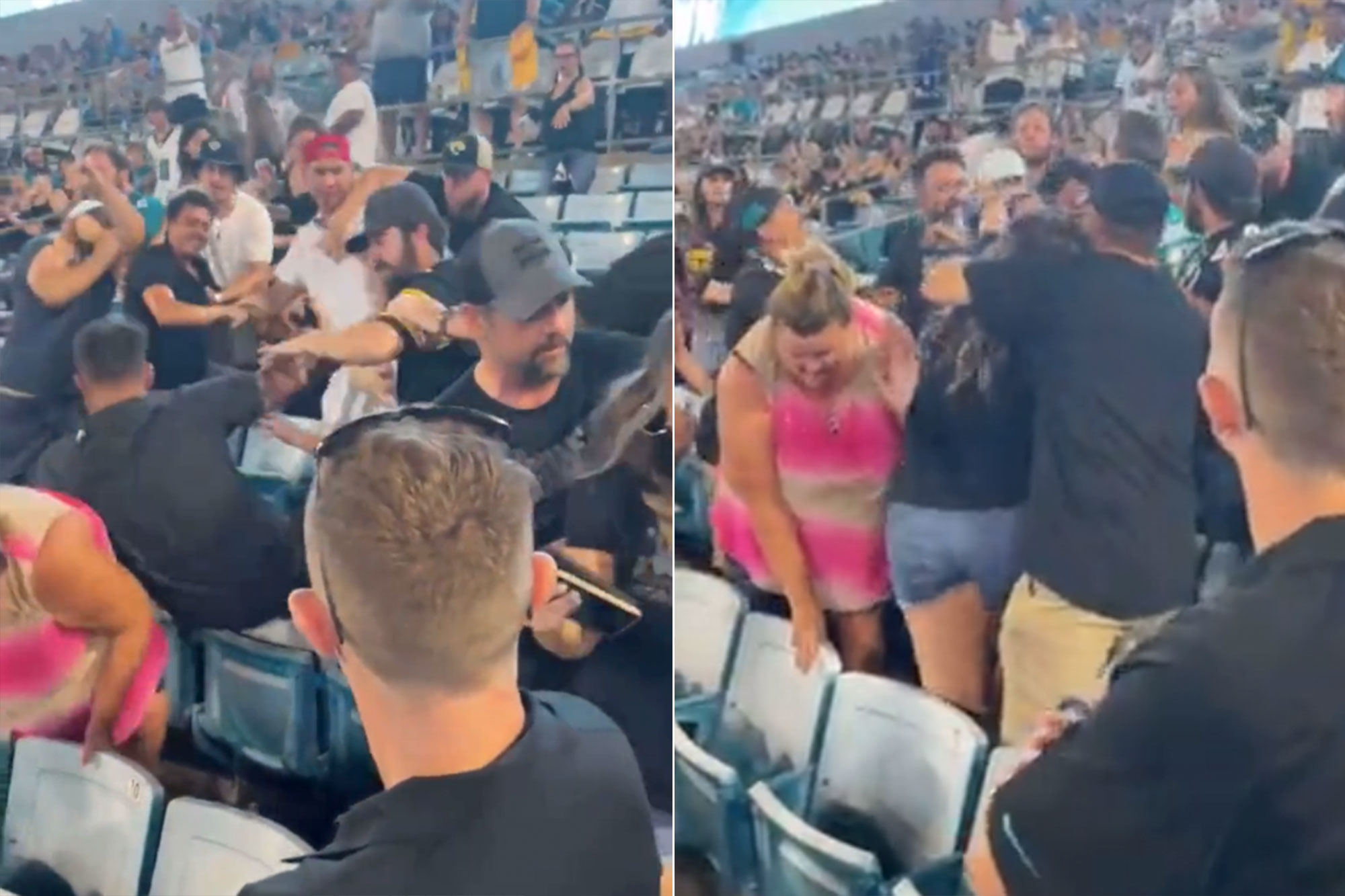 A combatant in a brawl that broke out in the stands during a Jaguars-Steelers game claims he threw the first punch due to a racial slur.

Video of the fight, which came during during the fourth quarter of the Steelers’ 16-15 preseason win at TIAA Bank Field in Jacksonville on Saturday, quickly went viral on social media.

“It was the first time in my entire life that I struck somebody first,” a man, purporting to be in the middle of the fight, wrote in a since-deleted Facebook post under the name Wally Wood. “I wish I could have even thicker skin than I already have. The environment we live in, the amount of hate that is out there is becoming reminiscent of the 50s and 60s.”

Wood claims he was called a “dumb arab n—-r” in his post, per the Daily Mail, writing the incident began with him asking members of another group to leave a seat he had paid for.

The situation escalated with the slur, leading to a flurry of punches and the involvement of the Jacksonville Sheriff’s office.

According to Wood’s post, the other fans were permanently banned from TIAA Bank Field.

Swara Bhasker says she is tired of palying ‘dabang’ characters: As an actor, you want to do new things