Shah Rukh Khan reveals his team kept staring during shirtless photoshoot: ‘You were making me shy’

Bollywood megastar Shah Rukh Khan is all set to make his comeback on the big screen with Pathaan, which will release next year. While SRK had a cameo in Brahmastra, fans will get to see the megastar in a full-fledged role in Pathaan after four long years. Just yesterday, Shah Rukh Khan set Instagram ablaze with a shirtless pic that revealed his abs. The picture went viral immediately, and garnered lakhs of likes and comments from his fans. Now, Shah Rukh Khan Shah Rukh Khan reveals what went on behind-the-scenes of his shirtless photoshoot!

Ananita Shroff also replied to the post, and dropped heart and fire emojis. She further wrote, “And stare we did!” Check out the post and the comments below. 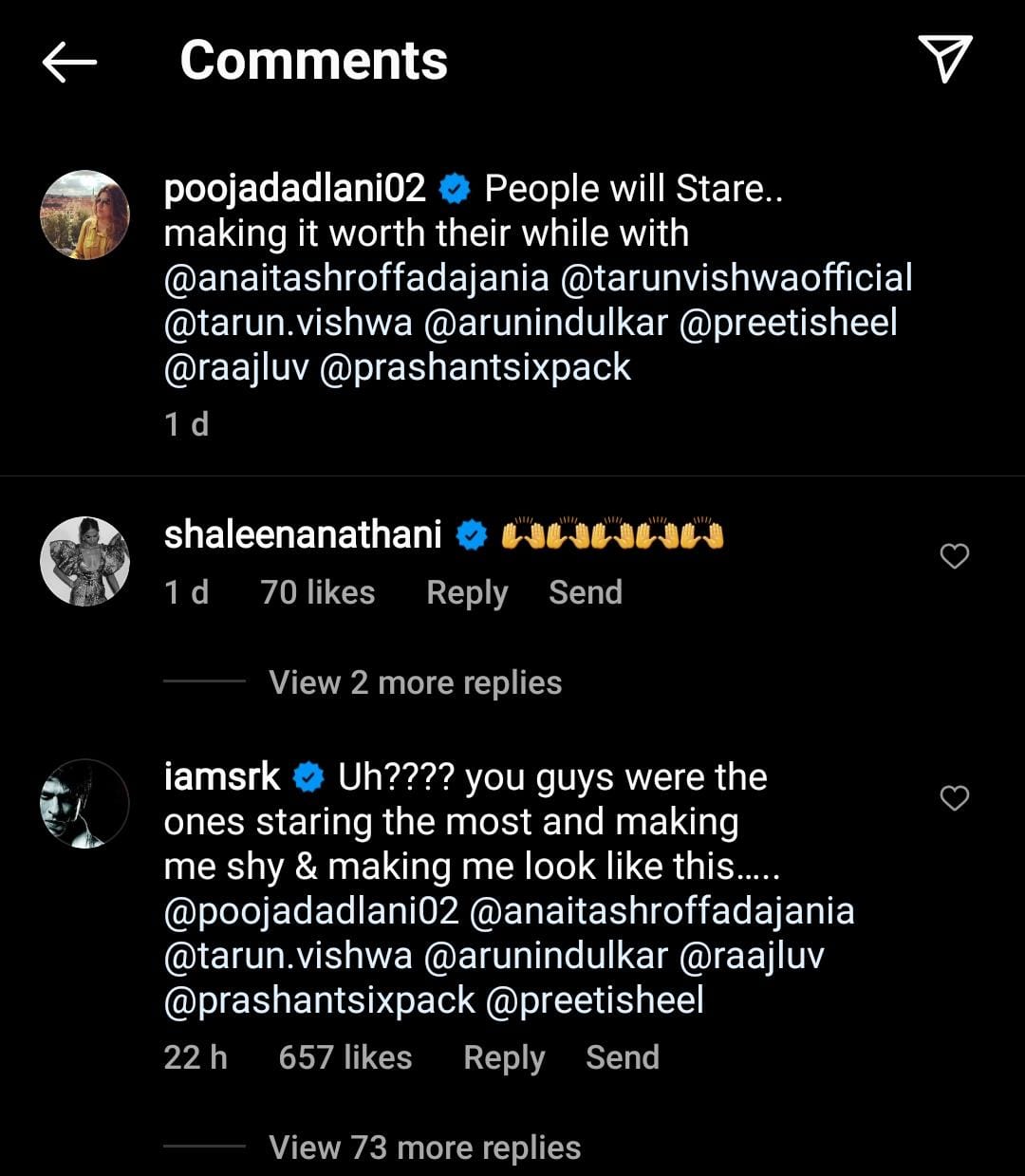 Pathaan stars Shah Rukh Khan, Deepika Padukone and John Abraham in the lead roles. Just a few days ago, Deepika Padukone shared a glimpse as she began dubbing for Pathaan. The film is scheduled to released on January 25, 2023.

Robert Downey Jr. aka Iron Man REVEALS what he misses most about being the center of…

EXCLUSIVE: Ajay Devgn’s Maidaan trailer set to be out this Christmas; Film on track…