Nivin Pauly is all set to treat the fans with another fun-packed entertainer, Saturday Night. Made under the direction of filmmaker Rosshan Andrrews, the film also stars Aju Varghese, Saiju Kurup, Siju Wilson, Saniya Iyappan, Grace Antony and Malavika Sreenath in key roles. Nivin Pauly will be playing the role of Stanley in the movie penned by Naveen Bhaskar.

Recently, during a promotional event for Saturday Night, the protagonist was greeted by a sea of fans. Donning a casual look with a black T-shirt and matching sports cap, Nivin Pauly posed with the elated supporters. 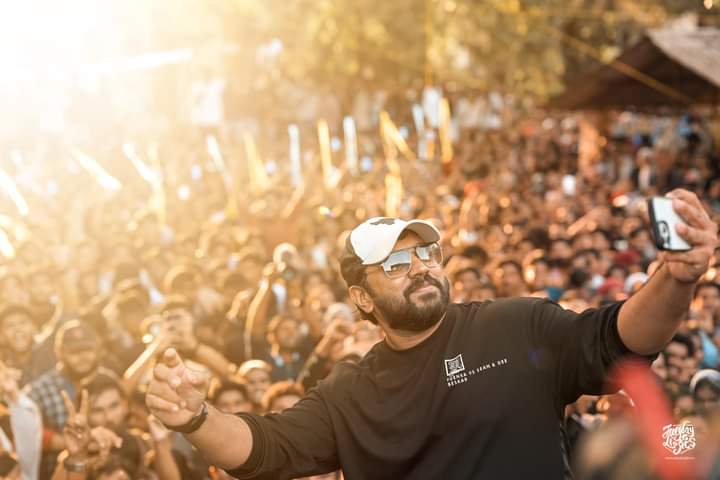 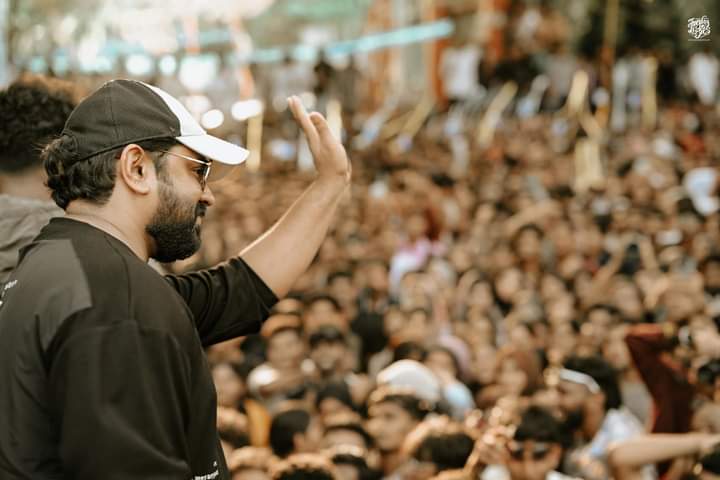 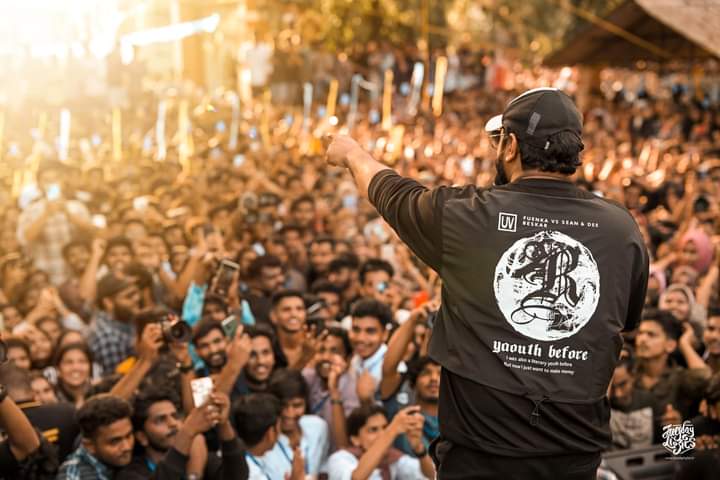 The film has received a U Certificate from the Censor Board. Bankrolled by Vinayaka Ajith under the banner of Ajith Vinayaka films, Saturday Night will feature the music composed by Jakes Bejoy, and camera work by Aslam K Purayil.

Dropping the first look poster of the drama, Nivin Pauly wrote on Instagram, “He wrote, “Get ready for the madness and fun Here comes Stanley and friends. Presenting the First Look poster of my next – ‘Saturday Night.’ “A beautiful tale of friendship, love, and laughter, directed by dear Rosshan Andrrews. written by Naveen Bhaskar. A big thanks to producers Ajith Vinayaka and Sareth for their unstinting support. Sharing the screen with the crazy gang of Aju Varghese, Siju Wilson, Saiju Kurup, Saniya Iyappan, Grace Antonyy, and Malavika Sreenath made this journey even more memorable.” The first look poster shows a group of friends posing in funky attires, with one of them holding a stereo.

In addition to this, Nivin Pauly has also wrapped up the filming of his untitled project with director Ram. Posting sneak peeks from the wrap-up party, the actor penned on social media, “Nivin Pauly shared the pack-up celebrations pic from the sets and wrote, “Mixed emotions as this shoot is wrapped up. This one’s been special & memorable. Thank you dear #Ram sir. Great working with you brother @ActorSoori. Hope to work with you all again.”