Sarika: People told me I won’t be able to make a comeback- EXCLUSIVE INTERVIEW

National Award winning actress Sarika, recently returned to the fold of Sooraj Barjatya’s Rajshri Productions, almost 50 years after their film Geet Gaata Chal (1975). She started acting when she was 5. The path was certainly not easy for her but quite a rollercoaster ride, full of ups and downs, successes, and setbacks. 55 years in showbiz and it has been a story full of many twists and turns for Sarika.

Despite feeling a bit under the weather, the Parzania actress, in an exclusive chat with Pinkvilla talked about what kept her always moving and looking at the positive side while going through personal struggles and emotional turmoil.

“The rollercoaster kept me moving. It had its moments of fear, moments of thrill, and excitement and it goes down & up. That’s the fun part and instead of looking at the lows and celebrating the highs, that’s a good way to go ahead I feel. Besides working at the age of 5 which is not an ideal thing as you should be going to school, having proper childhood, and playing but that doesn’t happen and you look at only the brighter side. We don’t know how life is going to unfold but someone up there knows what life is all about, they know the screenplay. If you look at that, getting a break with BR Chopra, working with Sunil uncle, Madan Puri, all through the childhood that was my school, childhood,” said Sarika, for whom the film industry became her home at 5.

Running away from her mother’s house at a young age, Sarika left no stone unturned to stand on her feet and lived in the suburbs of Bombay. From sleeping all night in her car to taking help from her friends, she did everything to prove herself.

Good days or not-so-good, all are gone

Asked if she looks back on the arduous journey and coming a long way on a professional and personal front, Sarika replies, “I don’t think looking back really helps except only when you want to learn from your experiences. Good days or not-so-good, all are gone. You have to look at the present to create the moments.” 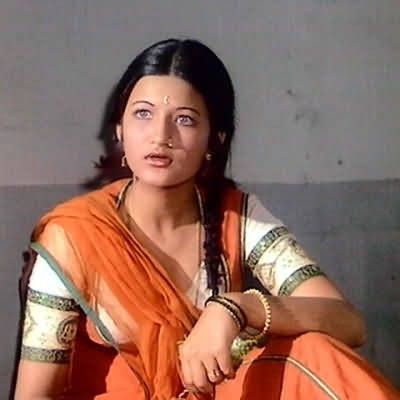 In 2016, Sarika decided to take a break from acting and joined theatre. “That was a very conscious decision to not act. I just did backstage like production side, the rough and tough work,” the Geet Gaata Chal actress revealed.

Sarika took breaks ‘comfortably’. At 43, she moved back to Mumbai and rented an apartment in Bandra. She started life all over again, back to where she had begun in 1964.

Taking breaks and making comebacks were tough calls? To this, Sarika replies, “It came naturally. I’m a very passionate actor but I am very comfortably taking breaks. I don’t know how many times I have done that. The first time when I took a break, I wanted to stop because I had done enough work. People start at 25 but I had lived my whole life in front of the camera by that age. It was the most rewarding moment for me and focus my shift on personal life because that needed 100 percent. In 2016 when I took a break, as a person and not an actor I felt I was waking up and going to sleep and wasting days of my life. I consciously decided to not act so that I don’t wait for the role to come.” 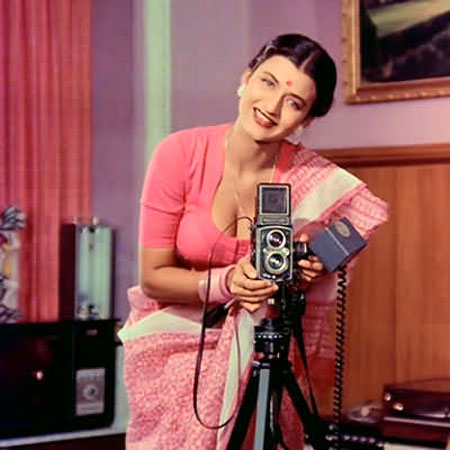 Sarika was a blessed actress then, clearly! While talking to her, I realised, she is very strong-headed and living in ‘where’s-the-time-for bitterness’ phase. She had producers and directors supporting her all the time. Basu Bhattacharya was one of them with whom Sarika made the 1979 classic Griha Pravesh. She made movies with Hrishikesh Mukherjee, Basu Chatterjee, etc, and never faced rejection.

I have played every role possible- his granddaughter, his wife, lover.

“When I quit acting at the age of 25, I was so tired and had done so much work. Even as grown up, I don’t remember how many films I did. There was lots and lots of work but the cinema was different. But I think, there were films I did then, like Anpadh that was very interesting and working with Dada Muni (Ashok Kumar) was like an institution. Then there was Griha Pravesh, one of my favourite films that is very close to my heart. I think it is one of the best trilogies in India on relationships. Then working with Haribhai (Sanjeev Kumar) was great because I think the maximum work I have done in my career, throughout my childhood and grown-up was with him. I have played every role possible- his granddaughter, his wife, lover. I was working from being a kid straight to an adult role so there was no formal training. Basu Bhattacharya would tell me to walk like a woman and not a tomboy. He used to say ‘Tum aisa chalega toh seduce kaisa karega.’ He taught me all that, worked on my voice and that was my third film. He was my unofficial acting teacher. But the majority of cinema was also different but I’m very happy those films happened,” said Sarika who was then also the talk of the town for personal reasons.

Did she face judgements for her choices and making comeback in the industry? The actress reveals, “When I took a break in 2016, few people told me- ‘Listen, you are getting super excited just because you made a comeback last time after 18 years. You think you will be able to do this but you won’t be able to make a comeback because you are not as young as you were 18 years ago’. But I was ok with that because I’m real.”

I think my journey of life itself has been a learning

Calling Uunchai an emotional experience, she shares, “It was a very emotional experience but two different- one was coming with Rajshri again. When I worked first with them, I was really a kid and there was a different connection. Another emotional experience I had was mainly because of who Sooraj Ji is, and the kind of person he is. He is quite an amazing person and if that kind of a person is your director, the work environment changes entirely. As a person, he is humble, and down to earth, and as a director, he is very passionate about work. The whole journey of Uunchai had been emotional besides creatively rewarding.”

Besides Uunchai, Sarika has played different roles in films like Bheja Fry, Parzania, Club 60, Baar Baar Dekho, Modern Love: Mumbai. Talking about the opportunities, she says, “I think my journey of life itself has been a learning. When it comes to work, you are still learning because suddenly after all these years, I thank the universe, I have got the opportunity to work with some excellent directors. So late in your career and you get to work with someone like Sooraj Ji so there’s always a learning process happening. I always wanted to do different roles. I always feel your roles should be well-edged out because once you finish the shoot, it’s the end of the character. It is about doing justice to the character you are playing.” 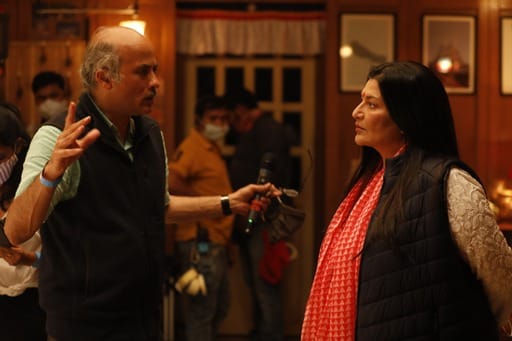 She might have enjoyed all the fame that came after Geet Gaata Chal as a child actor but ‘good work’ is all that excites her.

“To be honest, from then to Uunchai what excites me is not really the fame. I get excited about good work. Work has always been more important than fame. Even when we do promotions now, it takes a lot of commitment. I don’t enjoy that. When I finish my work, I really want it to go straight to my audience only between me and them,” added Sarika who grew up in the industry. She has never been to school and did not even know how to read or write till she was 10 or 11.

Where to buy tickets, dates