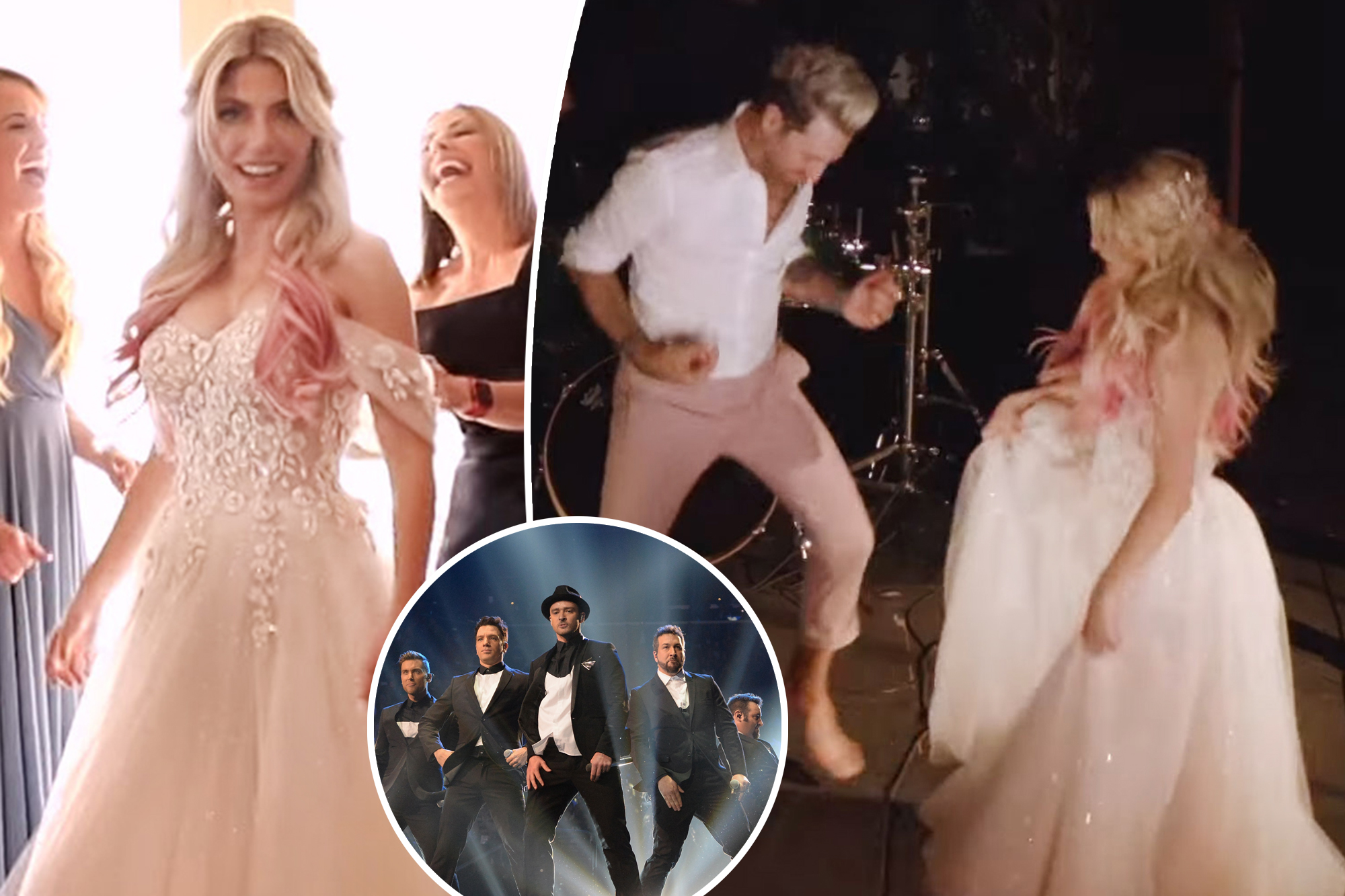 Singer Ryan Cabrera gushed about his wife, Alexa Bliss, after she got onstage with NSYNC during their wedding in April.

When asked what his favorite moment was during the celebrations, Cabrera told Page Six exclusively that it was “Lex getting on stage and doing ‘Bye Bye Bye’ with some of the NSYNC cats I know,” adding that “she studied a lot of the dance moves, too, for that moment.”

“That was a pretty epic moment,” he told us. “Seeing the pure joy that was in her face, especially since Lance [Bass] was her crush growing up, so she got to be onstage with her high school crush.”

The “Worth It” singer, 40, explained that Bliss, 30, has been such a lifelong fan of the 2000s boy band that she would’ve said he was “out of [his] mind” if he told her she’d be singing with Joey Fatone, Bass and Chris Kirkpatrick.

Cabrera — who’s been touring with both Bass and Kirkpatrick for their Pop 2000 Tour — explained that he’s been close with the members for years, and the tour has only brought them closer.

“It wouldn’t be right if they didn’t jump up there, you know?” he said, adding that they had a plethora of talented friends who also took the stage at their reception.

The “One Way Down” singer — who proposed in November 2020 — wed the WWE star in a rockstar-themed wedding that fans will get to see in his new music video, “Worth It,” which dropped Friday.

“We went with ‘Be Yourself,’ do whatever, you know, let your let your freak flag fly, be a rockstar for a day,” Cabrera told us.

The music video features real footage from the lovebirds’ wedding at Kempa Villa in Palm Desert, Calif. Some special clips include guests in Harry Styles-esque outfits, Cabrera and Bliss playing rock-paper-scissors at the altar and the couple getting emotional while reading their vows.