Breaking away from the usual expectations of joining the film industry, Riddhima Kapoor Sahni—the daughter of legendary actors Neetu Kapoor and late Rishi Kapoor, carved out her own niche in her world of creativity and opted to pursue her career as a fashion and jewellery designer. As she grew up, she became a well-known figure in the fashion industry. Though being ardently devoted to her profession, she makes sure to spend quality time with her family as well.

“Happy happiest bday to the most incredible human being,” Riddhima captioned a selfie. She added, “My best friend forever.”

In another story, she shared a family picture along with daughter Samara Sahni and wrote, “We love you so much! Thank you for being YOU” with a bunch of heart emojis. 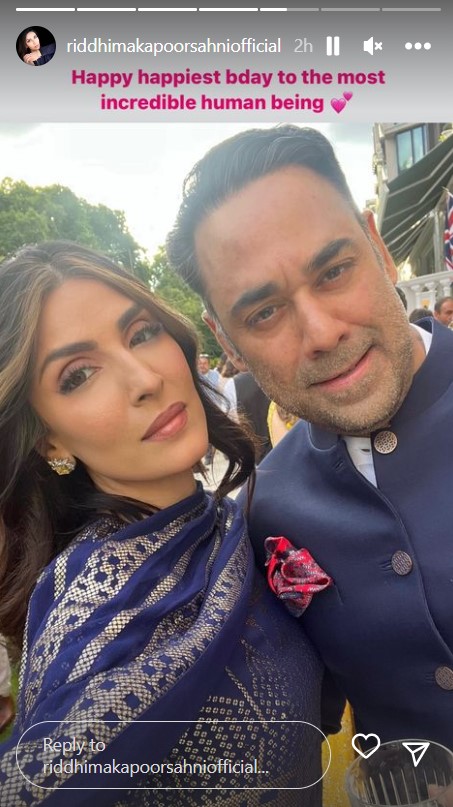 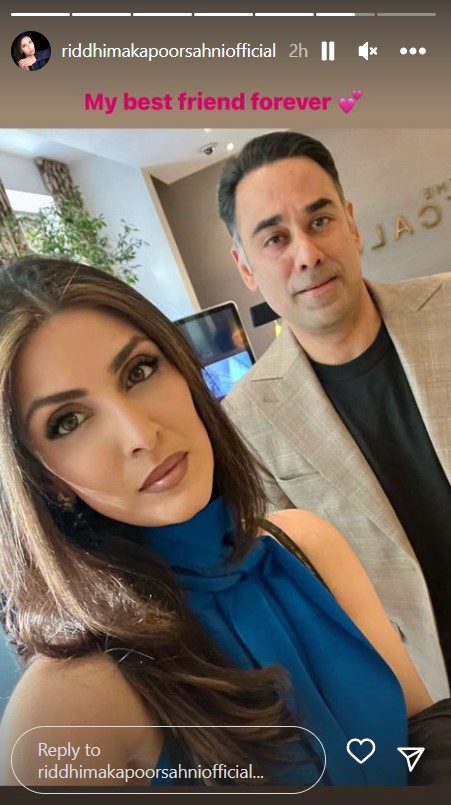 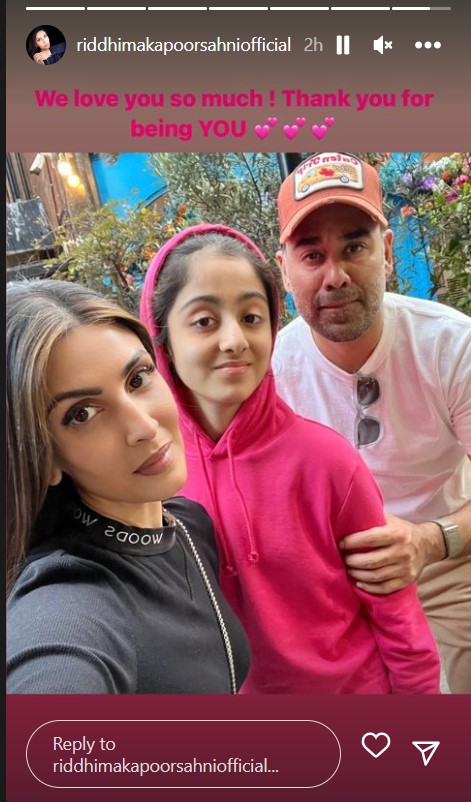 On July 8 this year, Riddhima dropped an adorable post for her mommy Neetu Kapoor on her birthday wherein she called the latter as her ‘lifeline’. She wrote, “Happiest Birthday lifeline Love you always & forever.”

For the unversed, Riddhima Kapoor Sahni is a Delhi-based jewellery designer while Bharat Sahni is a businessman. Riddhima moved to Delhi after her wedding to Bharat in 2006. As reported by NDTV, Riddhima was named one of the top 25 entrepreneurs in New Delhi in 2018.