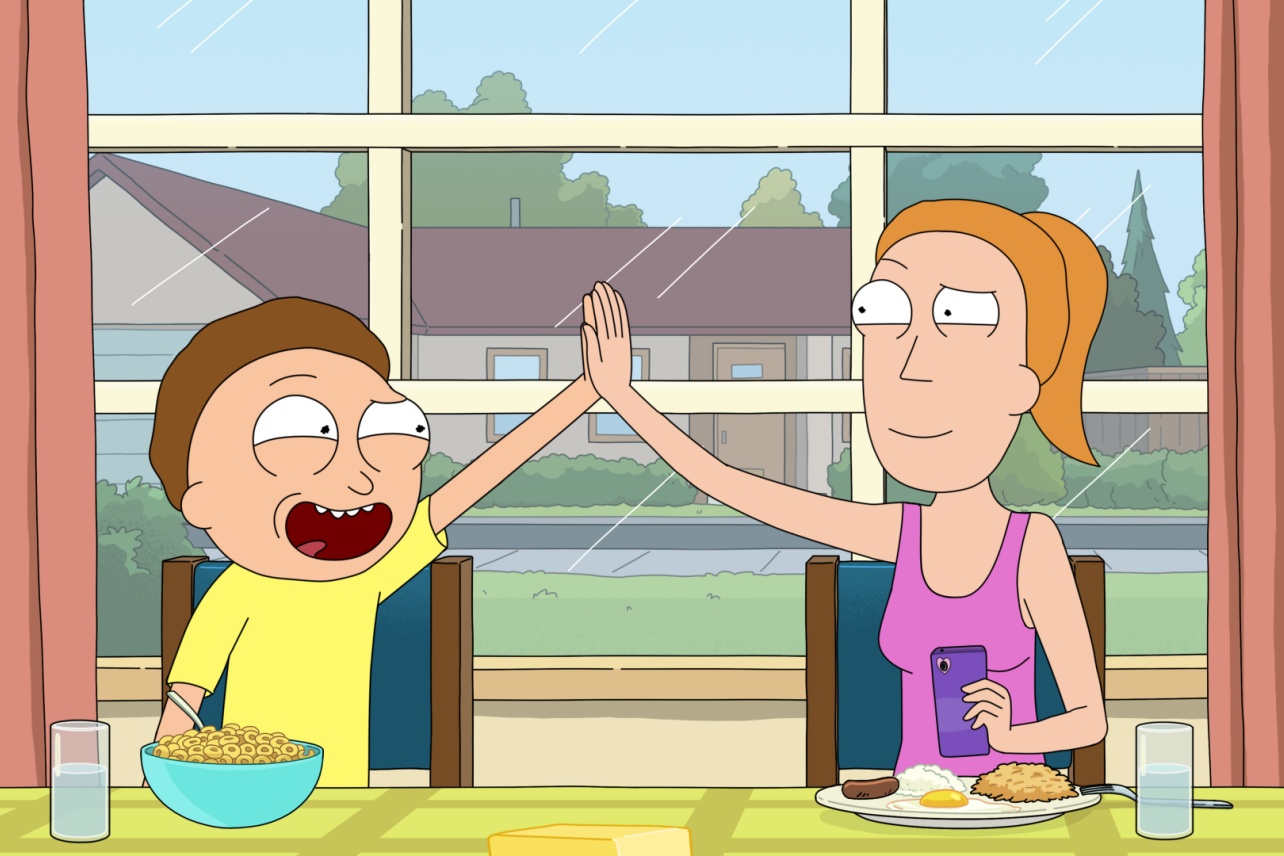 Rick and Morty is finally back in business. And this time around, Space Beth is joining the fam for some smackdowns and double crossings.

This month marks the Season 6 premiere of Rick and Morty Season 6 on Adult Swim, and we have you covered. Consider this your guide to Season 6’s week-by-week release date. If any premiere dates change throughout this season, don’t worry. We’ll keep you up-to-date on any major changes.

How Many Episodes Are in Rick and Morty Season 6?

Altogether, there will be 10 episodes in Season 6. Every season to date has followed this format with the exception of Season 1. That one had 11 episodes.

When Do New Episodes of Rick and Morty Season 6 Premiere?

Sundays are now your official days for classic Rick and Morty adventures. Assuming that Adult Swim doesn’t take any weeks off, here’s how we can expect this new season to unfold. But consider yourself warned. Rick and Morty does things like only release five episodes at a time or take two weeks off before a two-part finale, so this schedule will probably change:

What Are the Episode Titles for Rick and Morty Season 6?

We only know the premiere dates for two episodes this season. “Solaricks”, which is Episode 1, premiered this Sunday, September 4. That will be followed by “Rick: A Mort Well Lived” on Sunday, September 11. After that, it’s a free-for-all.

As chaotic as that may seem, we do know the episode titles for the rest of this season. Justin Roiland and Dan Harmon’s latest installment will feature the episodes “Bethic Twinstinct”, “Night Family”, “Ricktional Mortpoon’s Rickmas Mortcation”, “Full Meta Jackrick”, “Final Destination”, “A Rick in King Mortur’s Mort”, “Analyze Piss”, and “Juricksic Mort.” We’ll be sure to update this list as we learn what episodes premiere when.

Who’s in the Cast for Rick and Morty Season 6?

Your multi-dimensional favorites are back. This new season will star Justin Roiland (Rick and Morty), Spencer Grammer (Summer), Sarah Chalke (Beth), and Chris Parnell (Jerry). Also, be on the lookout for any familiar voices. If there’s one thing that this show loves it’s celebrity stunt casting.

Is There a Trailer for Rick and Morty Season 6?

There is, and it’s as bizarre and action-packed. Get ready for explosions, robot arms, and Jerry generally being a pathetic wimp. Scroll above to check it out.

Onam 2022: 4 Traditional dishes you can cook at home to celebrate this festival

When Will DeFi be Competitive with Traditional Finance?