PHOTO: Allu Arjun plays chess with Arha; Will the little one beat her father?

Allu Arjun and Arha are one of the most adored father-daughter duos in the South. The Pushpa actor loves to spend time with his little munchkin whenever possible. Recently, AA’s better half, Sneha Reddy shared a picture of the Pushpa actor and Arha playing chess. His daughter is seen making a move as her father watches keenly. We cannot help but wonder who won the game.

Yesterday, Allu Arjun dropped another cute clip on the photo-sharing app where Arha is reciting tongue twisters and riddles and later asks him to do the same. Post obliging to her request, he asks her if he did a good job. Arha replies, he did. Both AA and his wife’s social media feeds are flooded with such cute updates. 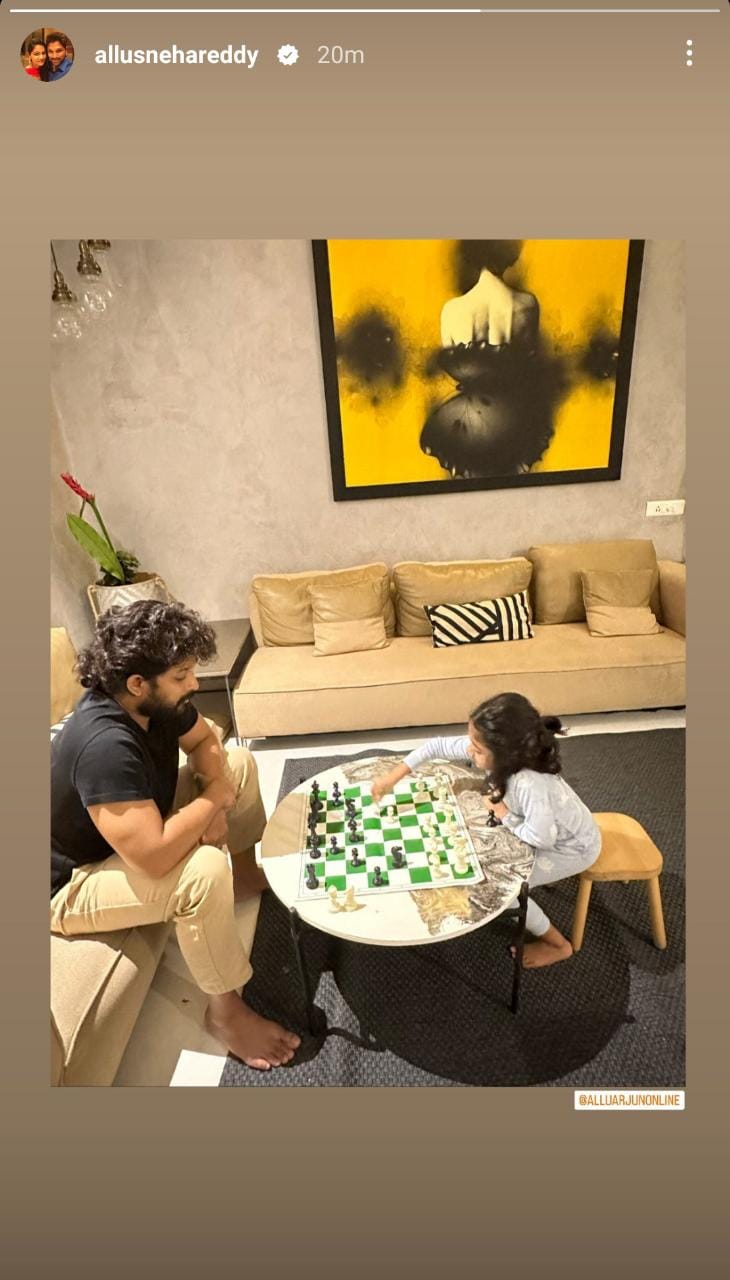 Up next, Allu Arjun will be seen on the silver screens with the much-awaited drama Pushpa: The Rule. Made under the direction of Sukumaran, the project will take forward the journey of Pushpa Raj. Rashmika Mandanna and Fahadh Faasil will also be reprising their original characters from Pushpa: The Rise in the sequel.

Additionally, sources further claim that Allu Arjun will be making his Hollywood debut soon. The sources close to the development revealed, “Allu Arjun has been offered a Hollywood film by a big-shot director-producer from the industry. While the actor was in New York for the parade, he happened to do a hush-hush meeting for a Superhero franchise that he was offered.”

We would also like to mention here that, Arha will be making her Tollywood debut shortly with Samantha Ruth Prabhu’s mythological drama, Shaakuntalam. She will play Prince Bharatha in the highly-anticipated movie.

Also Read: Allu Arjun gets a lesson on riddles and tongue twisters from his daughter Arha; Watch