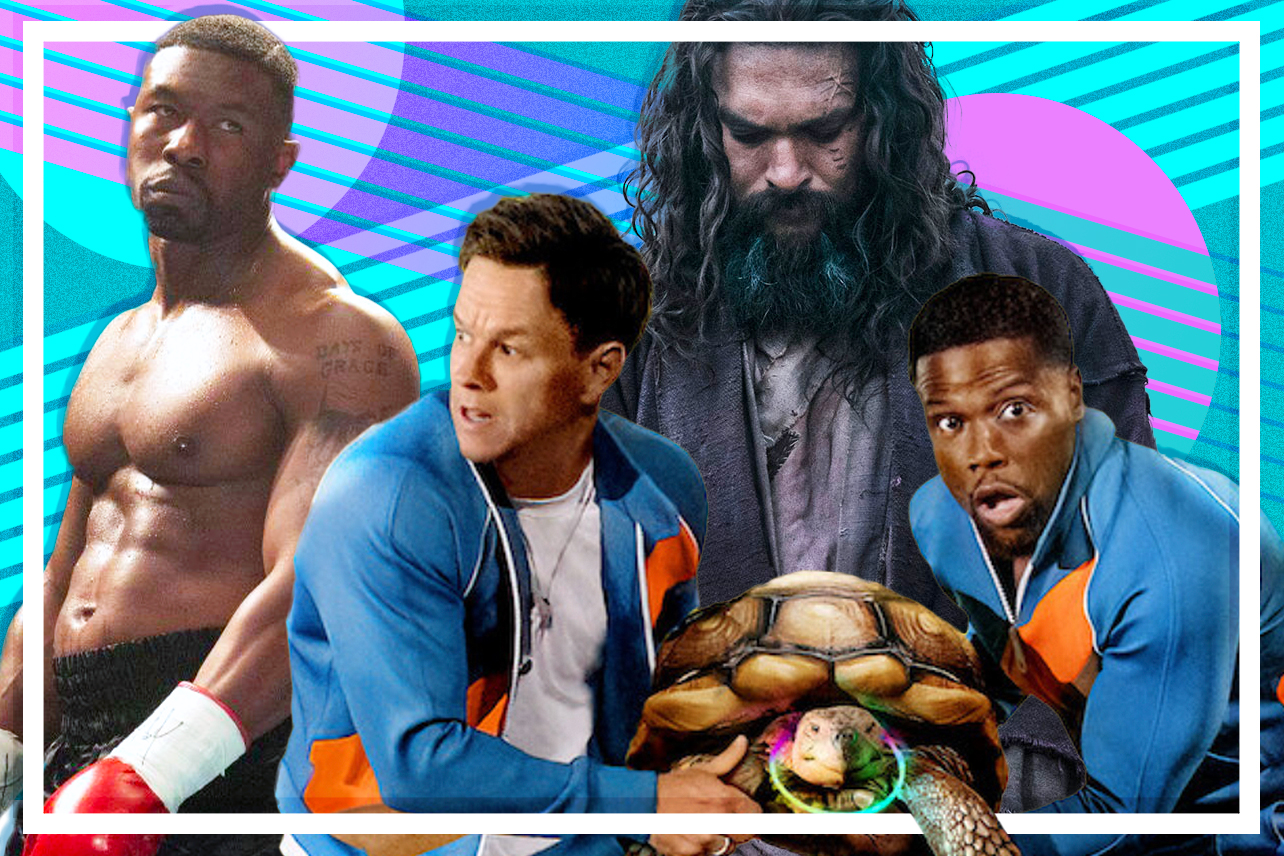 When you plop on the couch tonight wondering what are the best shows to watch this weekend or whether there are any new movies streaming, don’t you worry, we’re going to help you map out your down time with a few recommendations. From controversial new TV series to fun buddy comedies to the dramatic conclusion of a warrior’s epic tale, there are plenty of new movies and TV shows to watch on all the streaming services. Just sit back and let us here at Decider help you figure out what to watch this weekend and where to stream it.

What to watch this weekend?! Well, in this corner, we have Hulu’s new biographical series, Mike, which comes from the same team that created the Tonya Harding biopic I, Tonya, and promises to tell an unbiased version of Mike Tyson’s life story over the course of its eight episodes. If you’re looking for something a little less, you know, heavyweight, Me Time is the new Netflix movie premiering Friday, which stars Kevin Hart as a buttoned-up stay at home dad who gets the chance to hang with his immature, Peter Pan-like BFF, played by Mark Wahlberg and man oh man, are there ever hijinks. And on Apple TV+, if you like your fighting outside the ring, you’ll be thrilled to hear that See is back. Jason Momoa returns as the sightless warrior Baba Voss who is fighting for his tribe’s survival in what marks the show’s third and final season.

Hulu calls its new limited series Mike “an unauthorized and no-holds-barred look at the life of Mike Tyson,” and judging from Mike Tyson’s reaction to the series, unauthorized seems to be the key word. Tyson has been making news recently after voicing his displeasure at the fact that the series, a story about his young life, his rise to fame, and fall from grace, was made without his input or blessing. The series stars Moonlight‘s Trevante Rhodes as Tyson and co-stars Scott MacDonald, B.J. Minor, and Harvey Keitel.
Stream Mike on Hulu

New on Netflix August 26: Me Time

In Me Time, Kevin Hart stars as Sonny, a devoted father of two married to successful architect Maya (Regina Hall). When Sonny gets an invite to hang out with his old buddy Huck (Mark Wahlberg), who is 44 going on 20, Sonny’s not sure he can hang the way he used to, but Maya insists he take some… wait for it… me time. Sonny and Huck and 20 of Huck’s closest young-people friends stage a mini-Burning Man in the desert where Sonny lives life to the fullest, for better or worse. If you guessed that both men learn something about themselves during their trip, congratulations, you’re now eligible to be a Hollywood screenwriter!

Stream Me Time on Netflix

Set in a dystopian future where every human has lost their vision, See is the story of the new society that has been created by a people who have never knows the sense of sight. In season three, having defeated his vicious younger brother Edo (played in season two by Dave Bautista), Jason Momoa’s character Baba Voss must battle for his survival when a new weapon threatens to wipe out his tribe for good. See will air weekly on Fridays on Apple TV+ for eight weeks.

Full List of New Movies and Shows on Streaming This Weekend

The options above only scratch the surface, so you know that this weekend’s full lineup will have amazing options for what to watch this weekend! For the full breakdown of the best movies and shows to stream now, or if you’re still undecided on what to stream this weekend, then check out the complete list below:

Doc McStuffins: The Doc is 10!

The Chi (Season Finale)
City On A Hill

Binance to Halt ETH Withdrawals and Deposits During Merge