Alia Bhatt is all set to begin a new phase in her life as she is expecting her first child with hubby Ranbir Kapoor. In June this year, she took to her social media space and shared the wonderful news about her pregnancy with netizens. The 29-year-old’s recent photos and videos have left fans swooning over her as her glow has been unmissable. And now, Alia’s pregnancy cravings have set in! The Brahmastra actress took to her social media space and shared a glimpse of the same. 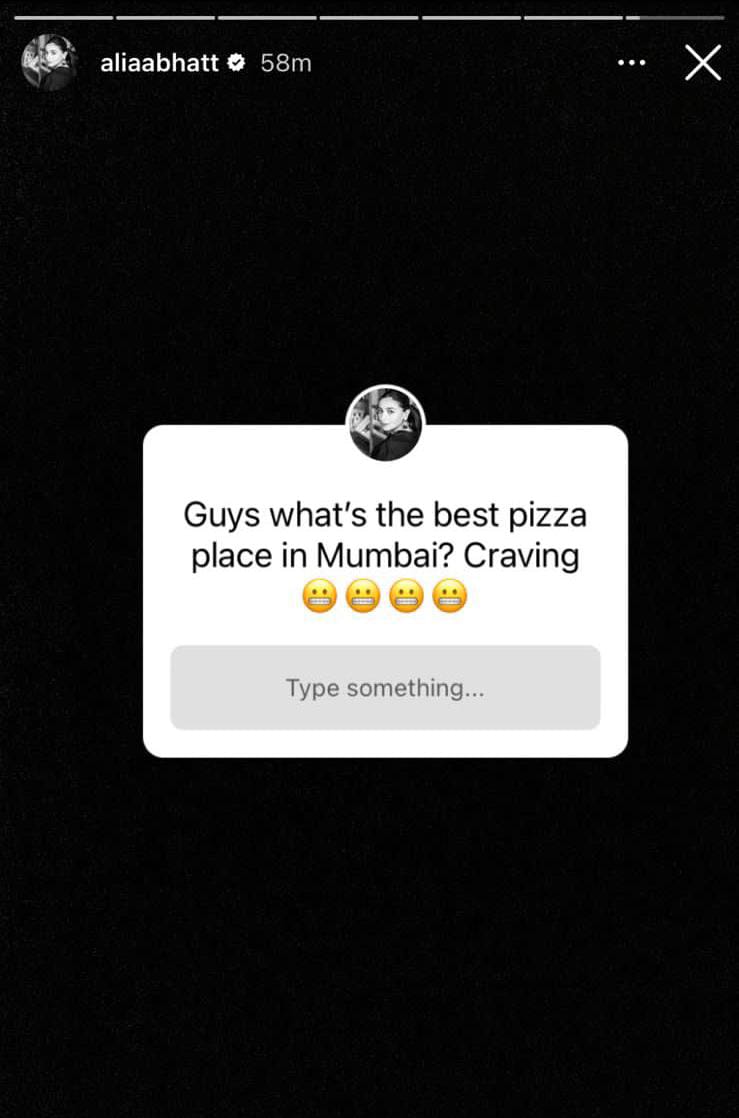 Recently, Pinkvilla exclusively reported that Neetu Kapoor and Soni Razdan will be hosting an all-girls baby shower for Alia at the end of the month. After returning from her dreamy Italian babymoon with her dearest husband Ranbir Kapoor, the actress began promoting their recently released film Brahmastra. Now, she is much more relaxed as she is in the final leg of the third trimester of pregnancy. Moreover, soon-to-be Nani and the Dadi Jodi of Soni Razdan and Neetu Kapoor are planning to host an ‘all girls’ baby shower for Alia. The star-studded affair featuring Shaheen Bhatt, Kareena Kapoor Khan, Karisma Kapoor, Akansha Ranjan, Anushka Ranjan, Navya Nanda, Shweta Bachchan, Aarti Shetty and Alia Bhatt’s girl gang (childhood friends) are confirmed to arrive for the function.

Alia Bhatt announced her pregnancy in an Instagram post in June. “Our baby coming soon,” she wrote. She married Ranbir Kapoor in April this year after dating for around 4 years.

ALSO READ: Ranbir Kapoor says he is ‘very dependent’ on Alia Bhatt; Doesn’t bathe or eat if he doesn’t know where she is

Neetu Kapoor has a special wish for her ‘Shakti Astra’…