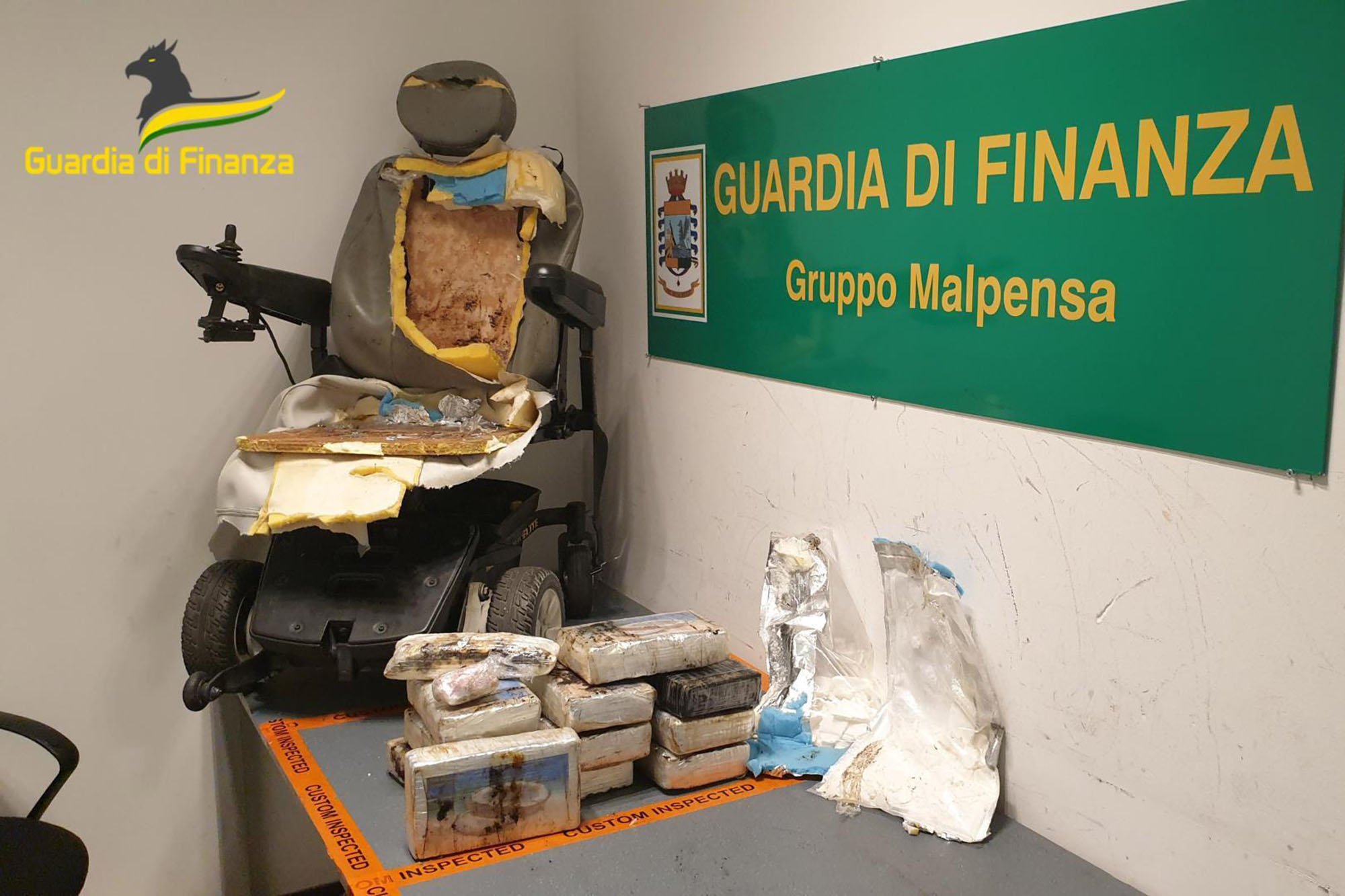 A drug-sniffing dog led police at a Milan airport to find some 13 kilograms (approximately 30 pounds) of cocaine stuffed into the leather upholstery of a motorized wheelchair, whose user immediately stood up and was arrested, authorities said.

The specialized canine unit was deployed at Malpensa Airport in Italy to check arriving passengers and their luggage following a flight from the Dominican Republic – after drug couriers previously used the route – police said in a statement.

When a dog drew officers’ awareness to the traveler, police first checked his luggage, which yielded nothing, but discovered the drugs after cutting open the wheelchair upholstery.

The passenger, a Spaniard who asked airport workers to help guide the wheelchair, then got up and walked unaided before being taken into custody, police said.

The passenger was brought to a local jail, where judicial authorities upheld his detention pending investigation of the case, the statement said.

Officers said the 11 packets of cocaine, weighing 13.35 kilograms, could have made 27,000 individual doses and had a street value of around $1.2 million.

LUNC Drops Down, After Witnessing a Significant Surge