Man with gun tried to enter US Open in NYC: source 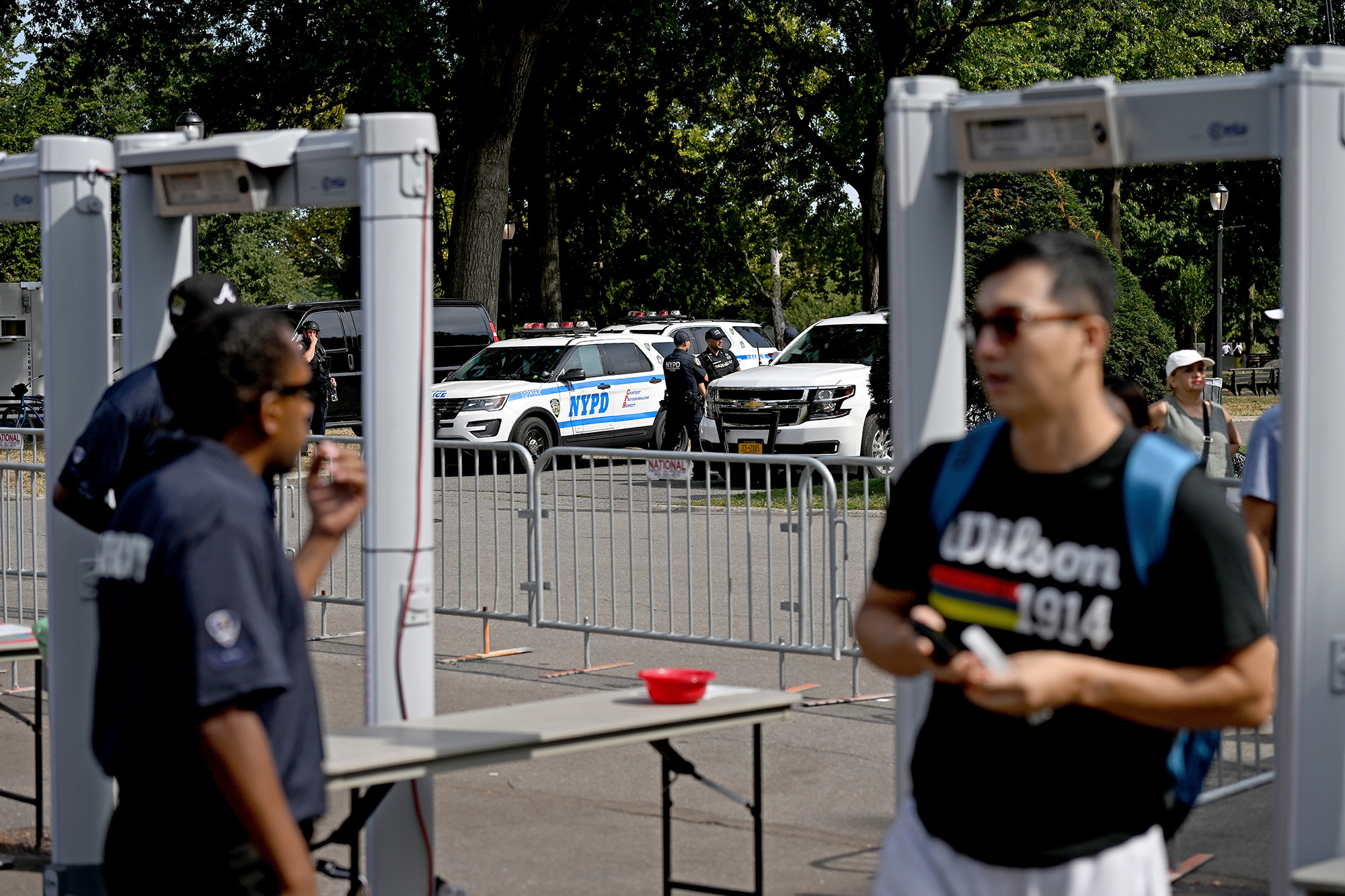 A man tried to get through security at the US Open with a gun, and allegedly pointed the weapon at a police officer when he was confronted, according to a source.

The scary incident unfolded around 3:15 p.m. Saturday as the man, who hasn’t been publicly identified, was going through security at the famed tennis tournament in Flushing Meadows Corona Park.

When security personnel confronted the gun-toting man, he allegedly pulled out the weapon and brandished it at a cop before running toward the parking lot, the source said.

No shots were fired and no one was hurt, according to police and sources.

Police confirmed someone was taken into custody “in the vicinity” of the Open, but would not give details.

It’s not clear exactly where the incident took place, but a spokesman for the US Tennis Association confirmed to The Post that someone was apprehended in the parking lot with a gun.

(VIDEO) Watch: Shocking Mo Salah’s Turn Of Track Back For Liverpool Against Everton And More