In preparation for the summer 2023 window, the Reds are searching the world for new midfield recruits.

Of course, Liverpool is most interested in Jude Bellingham, but with so many midfielders expected to go, they may possibly have other options in mind.

According to 90Min Liverpool have contacted Musah’s representatives ahead of launching a move for the American international.

Also, Chelsea has reached out, and Musa’s former team, Arsenal, is keeping an eye on things.

Valencia wants to keep Musah, but after performing well at the World Cup, a move to the Premier League may be quite tempting.

Musah, 20, has distinguished himself for the USA in Qatar, and Liverpool is interested in bringing him to Anfield.

Some Liverpool fans may not be all that familiar with Musah but he does have some history in English football.

Musah was in the Arsenal ranks for seven years before leaving to join Valencia back in 2019. 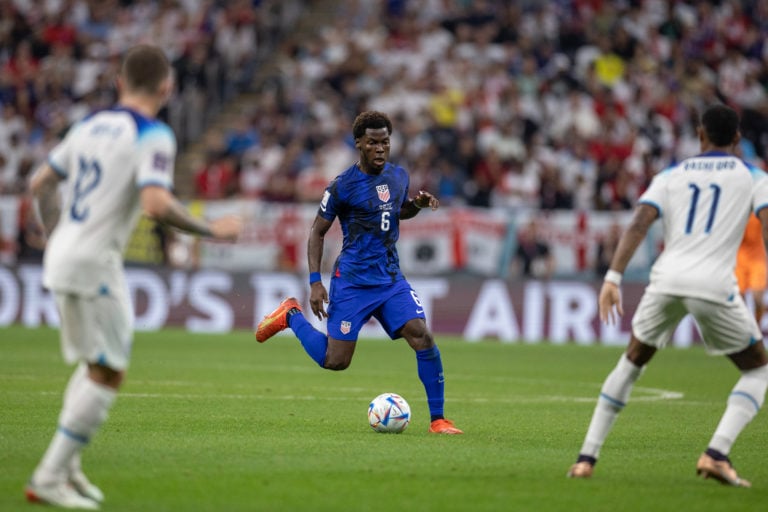 Musah has grown into a quality midfielder and is now a first-team player in Spain. He could soon be ready to play in the Premier League.

Trevor Bumstead, Musah’s previous coach, is one person who undoubtedly holds him in high regard.

Bumstead, a former youth coach at West Ham United and Arsenal, showered praises on the youngster.

Musah is “on the same level,” he said, having worked with people like Declan Rice, Bukayo Saka, and Emile Smith Rowe.

Musah’s physical attributes were praised by Bumstead, who also noted that Musah would be difficult for coaches to withdraw from the field.

“It’s always difficult predicting who will go on to play first-team football,” said Bumstead. “Having worked with Declan Rice, Bukayo Saka, and Emile Smith Rowe, I would consider Musah to be on the same level as those.”

“His physical stats at under 16 would compare to our first-team players. The sports scientists dragged him off the pitch. He was consistent in his behaviours which led him to be consistent in his performances. He recognised his strengths and weaknesses,” he added.

Liverpool had recently been said to be interested in Rice and Saka, but they could now sign Musah for a fraction of what they would pay.