Liverpool and Chelsea have contacted the star’s representatives regarding a prospective transfer; the current contract has a €100 million buy-out clause.

Yunus Musah, Valencia midfielder has apparently been in touch with both Liverpool and Chelsea. 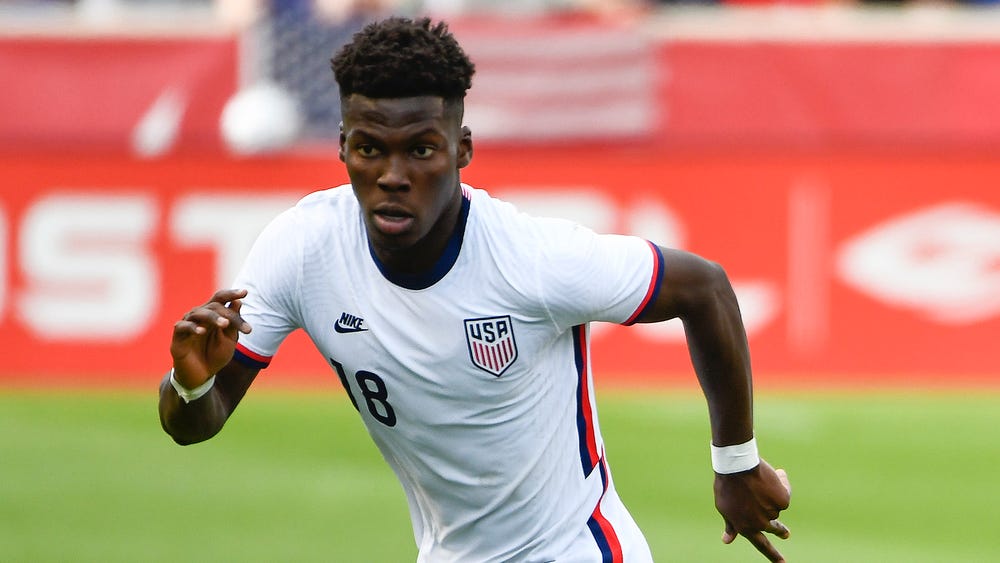 The highly regarded young USA international has recently made an impression in La Liga, so it’s not unexpected to learn that an increasing number of Premier League clubs are interested in signing him.

According to 90min, Musah spent time at Arsenal as a youngster, and they have been keeping tabs on him ever since he left. However, Liverpool and Chelsea have also expressed interest to Musah’s representatives.

Musah appears to have a bright career ahead of him, which may indicate that he will play a significant part at Anfield or Stamford Bridge for many years to come.

Chelsea and Liverpool both need to make some midfield adjustments right now for a variety of reasons.

In the summer of 2023, Graham Potter could lose both Jorginho and N’Golo Kante to free transfers, while Jurgen Klopp could simply use upgrades and younger players being brought in as players like Thiago Alcantara, James Milner, and Jordan Henderson are past their prime.

Musah currently has a €100 million release clause in his contract, according to 90min, and Valencia wants to lock him into a new one.

Has motherhood changed new mom Alia Bhatt’s outlook on acting roles? Actress has to say THIS