Kareena Kapoor Khan celebrated her 41st birthday on September 21, Wednesday. The Laal Singh Chaddha actress celebrated this year’s birthday with a private bash, which was attended by her family members and a few close friends. Kareena’s friends and colleagues from the film industry showered her with warm birthday wishes on social media, and the actress personally thanked all by resharing their stories on her Instagram handle. But it is Kareena Kapoor Khan’s reaction to her dear sister Karisma Kapoor’s birthday wishes, that caught netizens’ eye.

Karisma Kapoor wished her little sister and best friend Kareena Kapoor Khan, by sharing their childhood pictures on her official Instagram handle with a lovely note. The Laal Singh Chaddha actress, who absolutely loved her elder sister’s post shared it on her Instagram story and wrote: “Tim and Jeh baba look like us.’ The actress’s reaction to Karisma’s post is now winning the internet, and the fans agree that Taimur aka Tim and Jeh look like the mini versions of Bebo and Lolo. 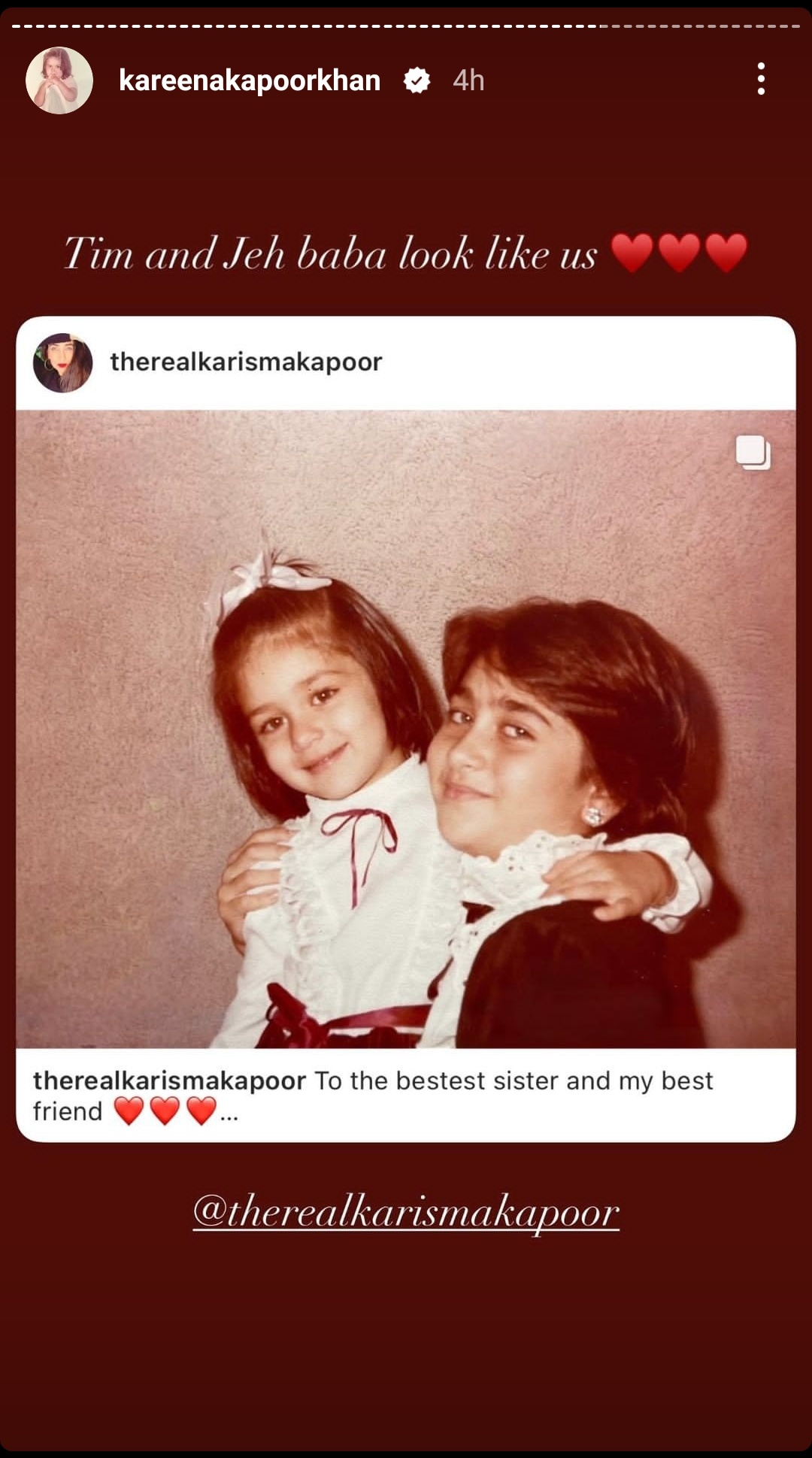 Kareena Kapoor Khan and Karisma Kapoor have always set major sibling goals with their beautiful relationship. More than just being sisters, they are each other’s best friends and biggest support systems. Kareena has always mentioned how Karisma supported their family, by entering the film industry at a tender age.

On the work front, Kareena Kapoor Khan was last seen in Laal Singh Chaddha, in which she played the character Rupa. The talented actress earned rave reviews for her performance as a woman with unhealed childhood trauma. She recently wrapped up the shooting of Sujoy Ghosh’s film which is slated to be released on Netflix. Coming to Karisma Kapoor’s career, she was last seen in the ALTBalaji web series Mentalhood. She will be next seen in Abhinay Deo’s web series Brown.