Ranbir Kapoor, who is basking in the success of his recently released film Brahmastra co-starring Alia Bhatt, is celebrating his 40th birthday today. The actor has been getting wishes from all corners including his family members. Many celebrities also took to social media and wished the actor. To note, the actor will be soon becoming a father as his wife Alia is expecting first child. Kareena Kapoor Khan, cousin sister of the actor, also wished her brother with a special note.

Taking to her Instagram stories, the Jab We Met actress shared a picture of Ranbir who is seen wearing a simple white t-shirt, and wrote, “Happy birthday Living Legend”. Neetu Kapoor also wished the actor and wrote, “This has been quite an milestone year for You for US !!! Miss your father as he would have been the happiest proudest im sure he is orchestrating from up there !!! Happy birthday love you the mostestttt rana  you are my Shakti Astra #bestfriend #strength.”

Take a look at the wish here: 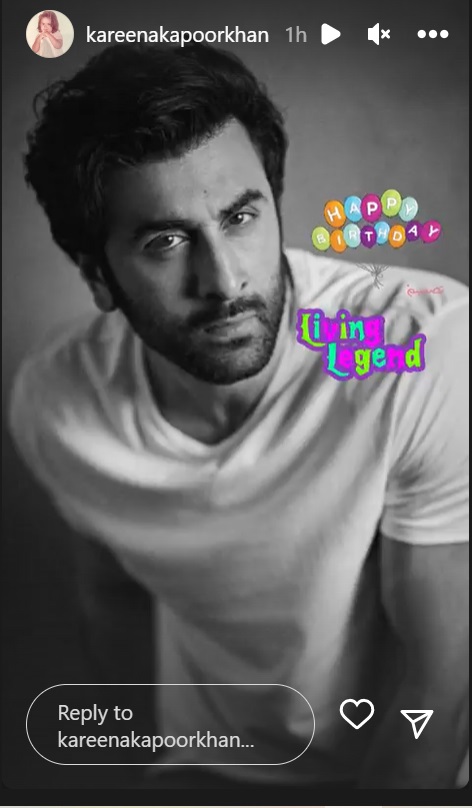