Karan Johar sends ‘love’ to Ranbir Kapoor on his birthday: ‘To our Sid, Bunny, Ayan and Shiva…

It’s Ranbir Kapoor‘s birthday today. He is among the most successful actors in Bollywood. The actor made his acting debut with Sanjay Leela Bhansali’s Saawariya (2007), and later Kapoor rose to prominence in 2009 with his performances in the coming-of-age film Wake Up Sid co-starring Konkona Sen Sharma and the romantic comedy Ajab Prem Ki Ghazab Kahani which also featured Katrina Kaif in the lead. On Ranbir’s birthday, he received enormous love and wishes from their fans and industry friends.

Now, Karan Johar, who shares a special bond with Ranbir, took to his Instagram story and penned a heartfelt wish for him. Sharing the actor’s picture, he captioned it: “Happy Birthday to our SID, BUNNY, AYAN and SHVA!!!! Love you RK,” he also added red heart emojis alongside. On Ranbir’s birthday eve, he hosted a get-together at his Vastu residence in Bandra, Mumbai, which was also graced by Karan Johar among others. Ranbir’s mom Neetu Kapoor, Aditya Roy Kapur, Ayan Mukerji, Luv Ranjan, Shaheen Bhatt Rohit Dhawan, and Arti Shetty were also seen at the actor’s party. 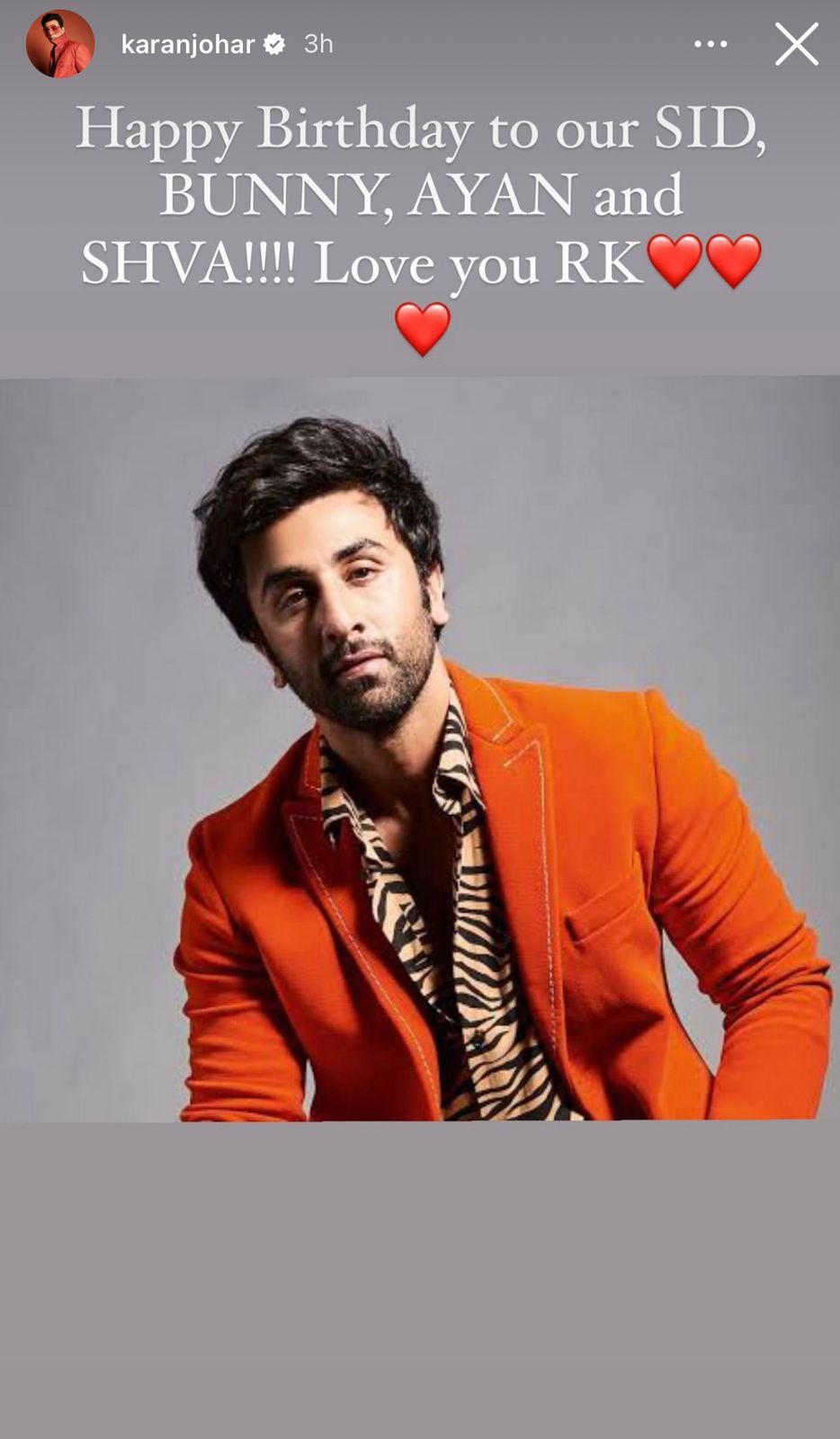 Meanwhile, Ranbir is currently basking in the success of his recently released film Brahmastra Part One: Shiva, which also starred his wife-actress Alia Bhatt alongside Amitabh Bachchan, Mouni Roy, and Nagarjuna Akkineni. Shah Rukh Khan also made a cameo in the highly-anticipated movie. The film was released in Hindi, Tamil, Telugu, Malayalam, and Kannada on September 9, 2022. Next, the Yeh Jaawani Hai Deewani actor will be seen in Luv Ranjan’s yet-to-be-titled film with Shraddha Kapoor in the pivotal role and Animal co-starring Rashmika Mandanna, Bobby Deol, and Anil Kapoor amongst others.

Karan, on the other hand, has returned as a director with Rocky Aur Rani Ki Kahani, starring Ranveer Singh and Alia Bhatt. The movie also stars Jaya Bachchan, Dharmendra, and Shabana Azmi.

Will the Collaboration Bring Needed Respite to AVAX and LINK?