Kajol and Yug make for a stylish mother-son duo as they step out for dinner date; PICS

Kajol is among the top actresses from the ‘90s and early 2000s in Bollywood. She has impressed the audience with her delightful screen presence, and memorable roles in films like Dilwale Dulhaniya Le Jayenge, Kuch Kuch Hota Hai, Gupt, Fanaa, and My Name Is Khan among others. Even after so many years in the entertainment industry, her charm continues to win over fans. Every now and then, Kajol is spotted by the paparazzi in the city. Tonight, Kajol was yet again photographed by the shutterbugs as she stepped out for a dinner date with her son Yug. Check out their pictures.

Kajol gets spotted with Yug Devgan

A few hours ago, Kajol was seen with her son Yug Devgan as they stepped out of a restaurant in the Bandra neighborhood in Mumbai. The mother-son duo must have enjoyed their quality time together on the weekend. They both looked stylish as they opted for casual wear for their night out. Kajol was seen donning a black floral shirt, which she styled with a pair of black trousers and heels. Her hair was done in a bun and she wore a pair of shades as well. The Tribhanga actress was seen carrying a designer handbag as well. On the other hand, her son Yug donned a white hoodie with yellow shorts. He completed his look with a pair of black sneakers. The mother-and-son duo walked hand-in-hand as the shutterbugs clicked them from a distance. 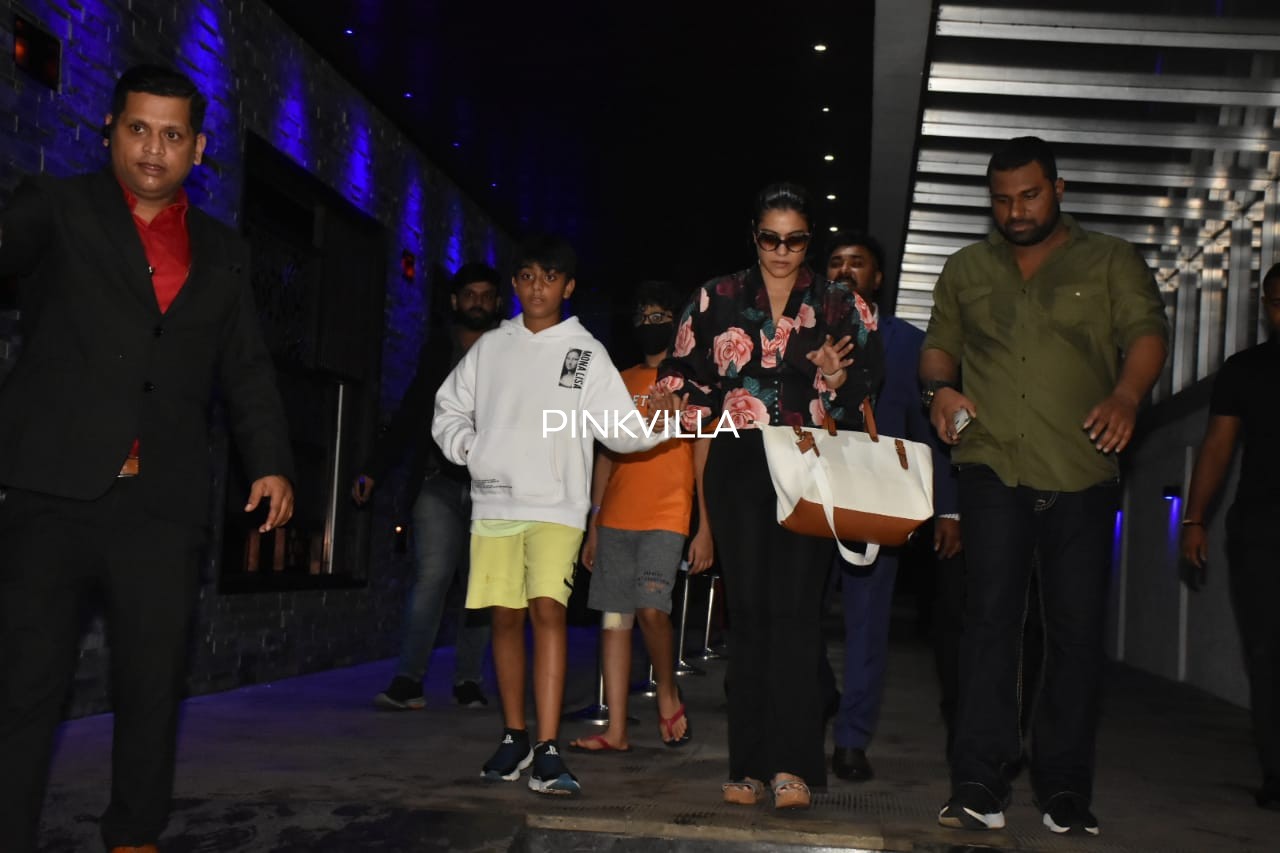 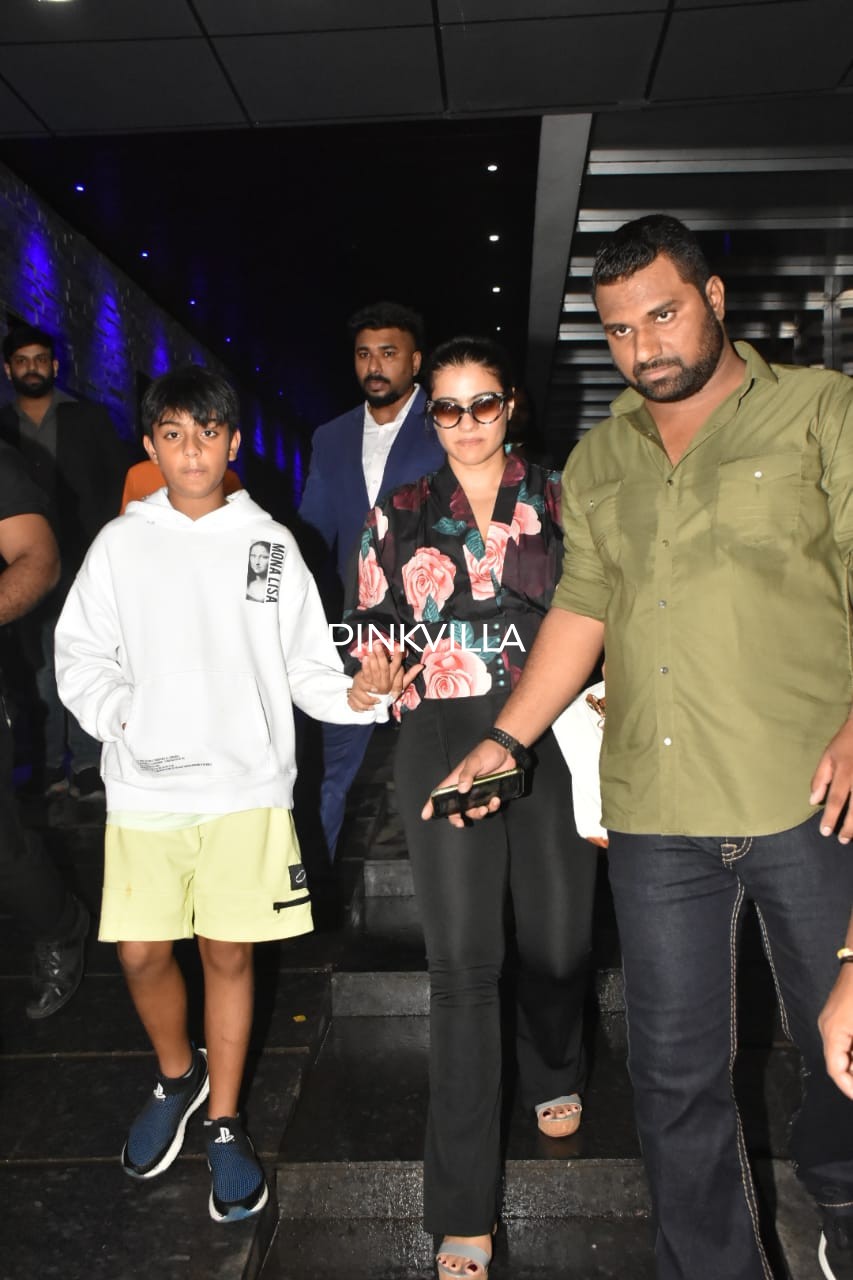 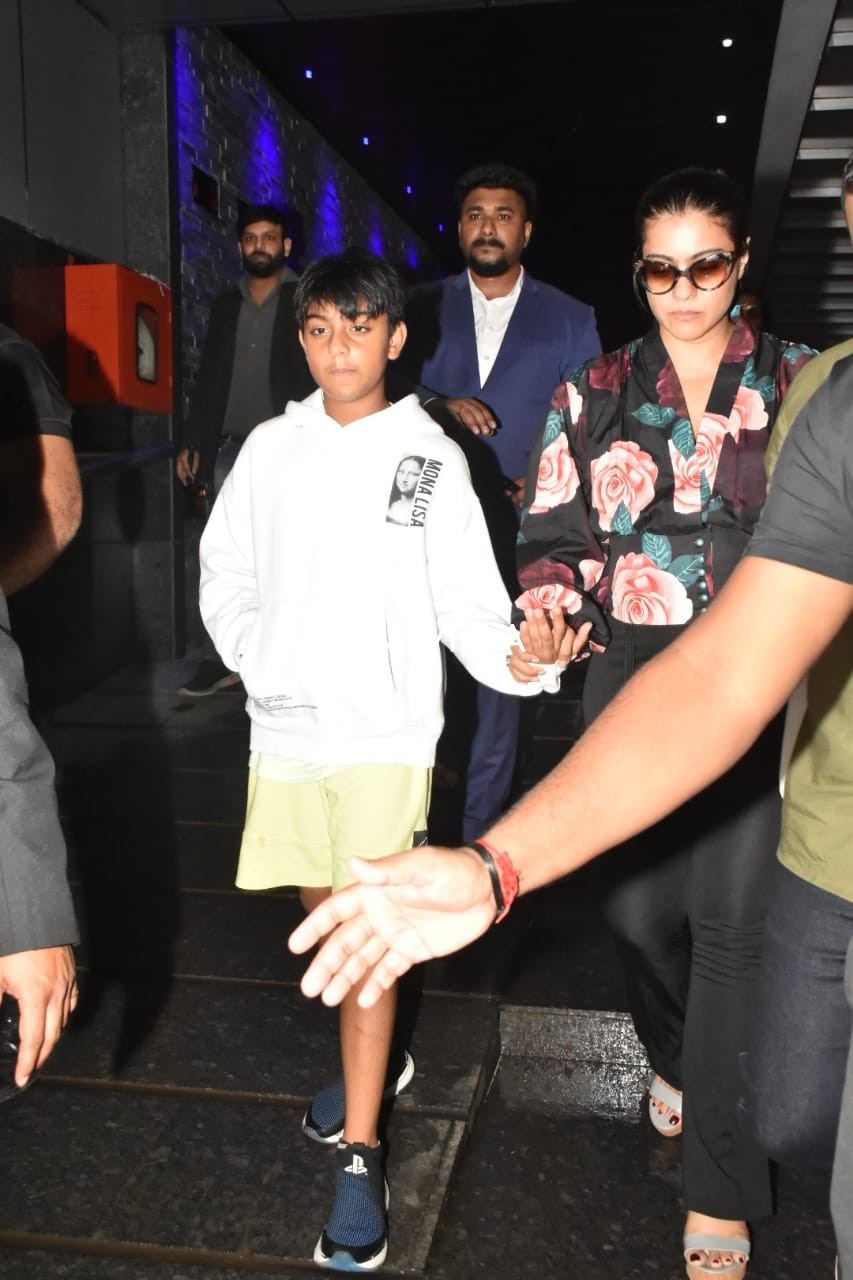 On the acting front, Kajol was last seen in Tribhanga alongside Mithila Palkar and Tanvi Azmi. Kajol will be seen in Salaam Venky directed by Revathy. It also stars Aahana Kumra and Vishal Jethwa.

It was in July this year that Pinkvilla exclusively reported about Kajol making her grand digital debut with the Indian adaptation of the American series The Good Wife on Disney+ Hotstar. Fans of Kajol were eagerly waiting to see a glimpse of Kajol’s character, and they are in for a treat, as the makers have now shared a teaser of The Good Wife. In the show, Kajol will be seen playing the role of a housewife who goes back to working as a lawyer after her husband’s scandal lands him in jail.

ALSO READ: Kunal Kapoor drops an UNSEEN PIC with King Charles III from the sets of his film Ahista Ahista