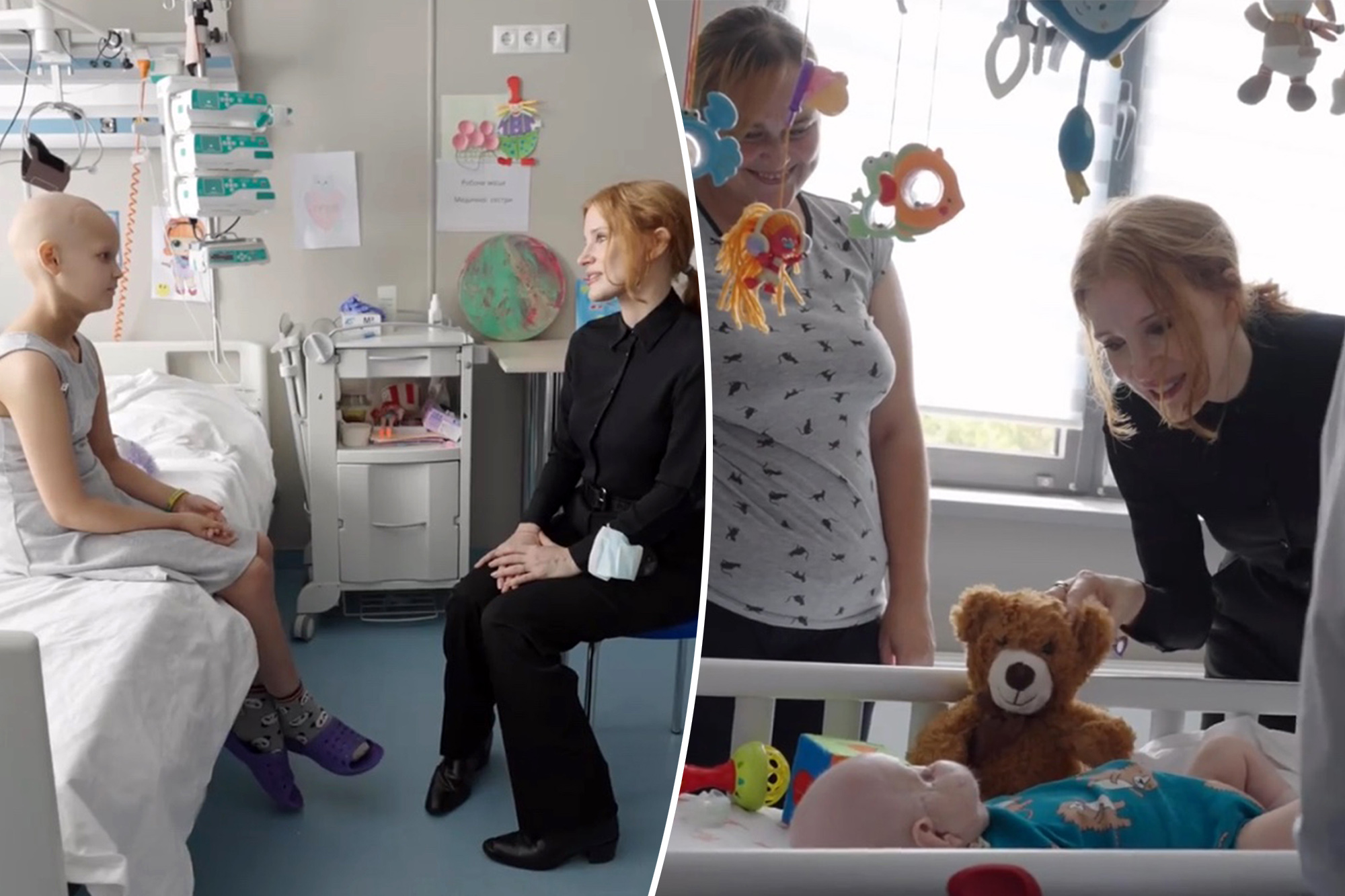 Jessica Chastain took to Twitter on Thursday to share footage taken during her humanitarian-minded trip to Ukraine, having visited the war-ravaged, yet indefatigable nation in early August.

“I needed a few weeks to process everything I saw from my trip to Kyiv,” the actress, 45, wrote in the tweet prefacing the roughly 1-minute montage.

“We landed in Poland, drove 4 hrs then took a train for another 11. I was nervous and the length of the journey gave me time to calm myself,” she added of the complex travel logistics.

The video begins with Chastain riding in a car in Kyiv with an unseen companion as she reads aloud a series of wartime statistics off her phone: “So the number of refugees from Ukraine now stands at 5.1 million who’ve left for the European Union countries. And another 7.7 million who are internally displaced. The population of Ukraine before the world was 44 million,” she says.

While she’s speaking, the footage switches to reveal that they’re driving past entire city blocks ravaged by Russian bombardments.

Eventually, the car pulls up to Ohmatdyt, which is considered the largest children’s hospital in Ukraine and continues to stay operational more than six months into the war. (Information on how to donate to the hospital can be found here.)

Chastain wrote of the visit in a follow-up tweet, “One of the experiences from this life changing trip was my visit to the children’s hospital: Ohmatdyt. I had the opportunity to meet incredible children and the director, Volodymyr Zhovnir. The children amazed me with their hope and strength.”

A third and final tweet reads: “Many had been displaced from their homes and spent months in the hospital. It is a huge humanitarian crisis going on in Ukraine. We can’t forget the innocent ones effected by senseless acts of violence. I am grateful to have met these sweet little kids with big brave hearts.”

In the video, the “Zero Dark Thirty” actress is then seen visiting a number of the children, one of whom gives her a drawing of a bike, its basket overflowing with 3-D construction-paper flowers.

The footage concludes with Chastain holding the artwork in her lap as her car drives away.

During the trip, Chastain also met with Ukraine President Volodymyr Zelensky, who galvanized and inspired the country’s citizens and international onlookers alike upon refusing offers to be evacuated following Russia’s invasion of his nation in February 2022.

Zelensky has stayed put on the frontlines in fighting Russia’s invasion of Ukraine since then, and regularly posts updates to his Twitter.