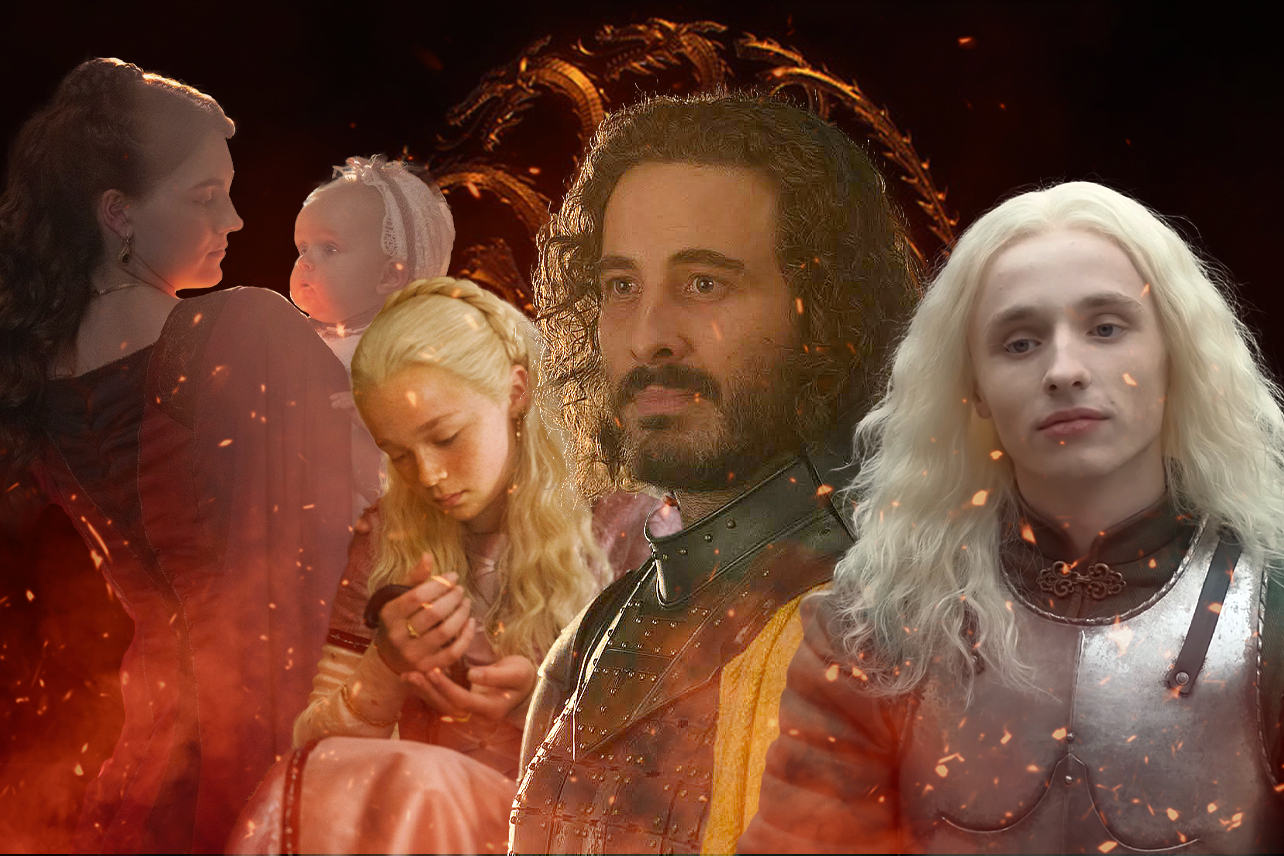 While we might not get to hear her gosh darn name, we do get to meet Helaena Targaryen in last night’s episode. Sure, we saw her as a squalling infant in the last two episodes, but in just a few lines of dialogue, House of the Dragon arguably told us more about the mysterious Targaryen princess’s personality than all of Fire & Blood.

We first meet the tween as she’s playing with some kind of Westerosi centipede. Alicent lovingly puts up with her quirky daughter’s hyper-fixated interest in the insect, asking questions about the animal’s nature and Helaena’s theories about why she thinks the bug is blind.

The quiet, calm moment is shattered when an upset Aemond (Leo Ashton) bursts in to tell Mom how his big brother and dark-haired nephews bullied him in the Dragonpit. Alicent tries to comfort her son, telling him that one day he will have a dragon. Helaena murmurs under her breath, “He’ll have to close an eye.”

Non-book readers and spoiler-phobes, you might want to skip ahead to the next heading!!!

Whether she’s a dreamer like Daena Targaryen or has the greensight of Bran Stark (Isaac Hempstead Wright) or Jojen Reed (Thomas Brodie-Sangster) isn’t clear. What is obvious, though, is this Targaryen princess has the gift of foresight. Aemond will have to “close” one eye to claim his dragon.

If Helaena has the gift of prophecy, it totally reframes her story. How much will Helaena foresee? And what how will she handle that dark knowledge?

BangShift.com Video Looks At 9 Of The Wildest Racing Homologation Specials