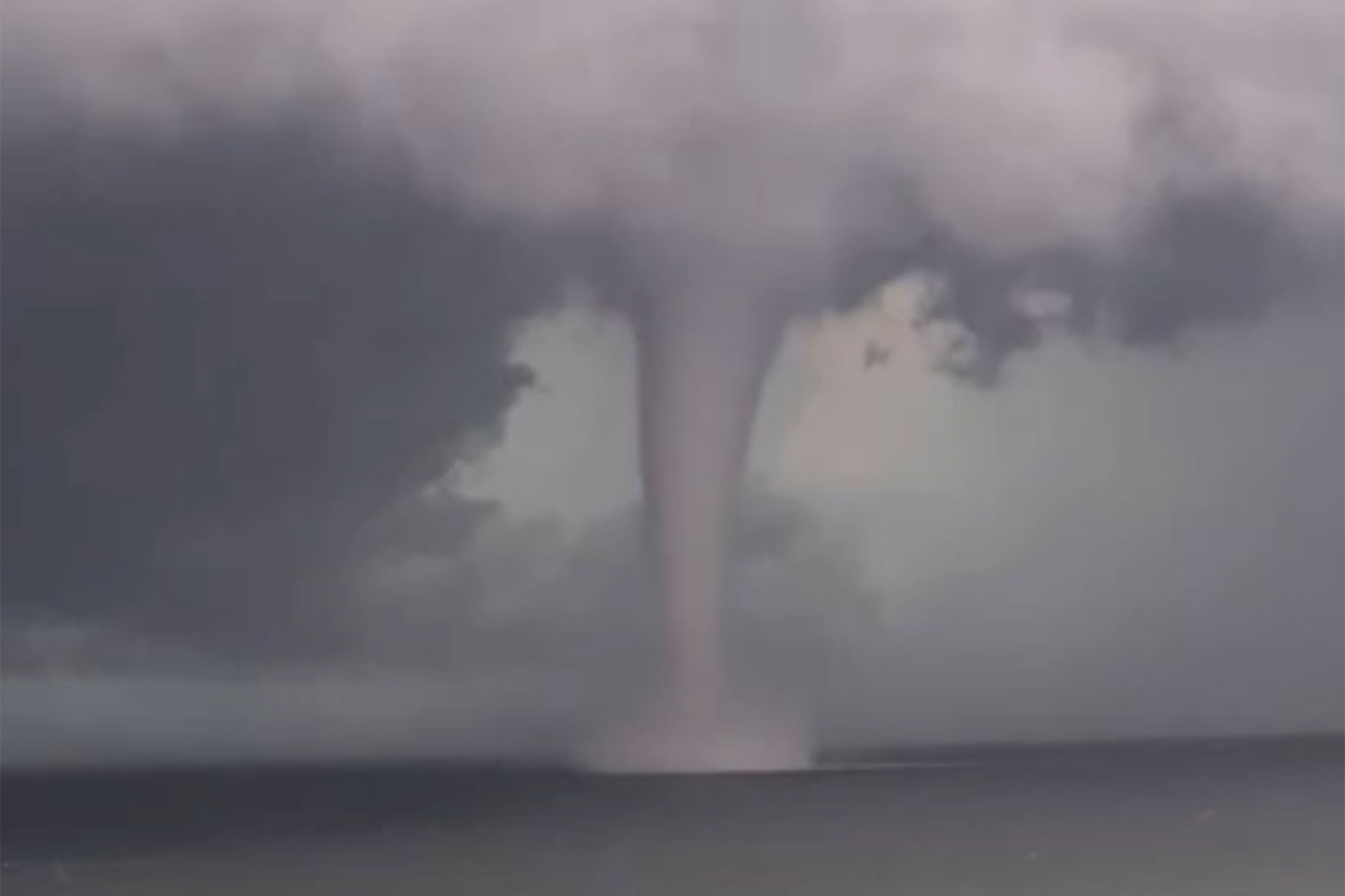 A large waterspout was spotted off the coast of Florida Tuesday morning — leaving spectators to the natural phenomenon in a state of awe, according to news reports and videos shown on social media.

The stunning scene near the city of Destin was captured by a person on the beach who could be heard saying, “Look at that dude, that’s a big ‘un,” according to video posted by weather.com.

The National Weather Service of Mobile, Alabama and Pensacola, Florida, said in a tweet that storms in the area were producing a large waterspout off shore as the agency warned boaters to use caution. The tweet also said the storm appeared to be moving parallel to the coast off Miramar Beach.

Another video shared by the Weather Service shows a driver capturing the moment as a car drives along a Florida highway around 6 a.m. central time.

The National Weather Service called the waterspout “a rather impressive one” as it explained in a series of tweets how the weather event can form.

The National Weather Service said they are like tornadoes over water and can be broken into either fair weather waterspouts of tornadic waterspouts.

Fair weather ones are usually the less dangerous of the two and can be common over South Florida’s coast from late spring to early fall, according to the Weather Service.