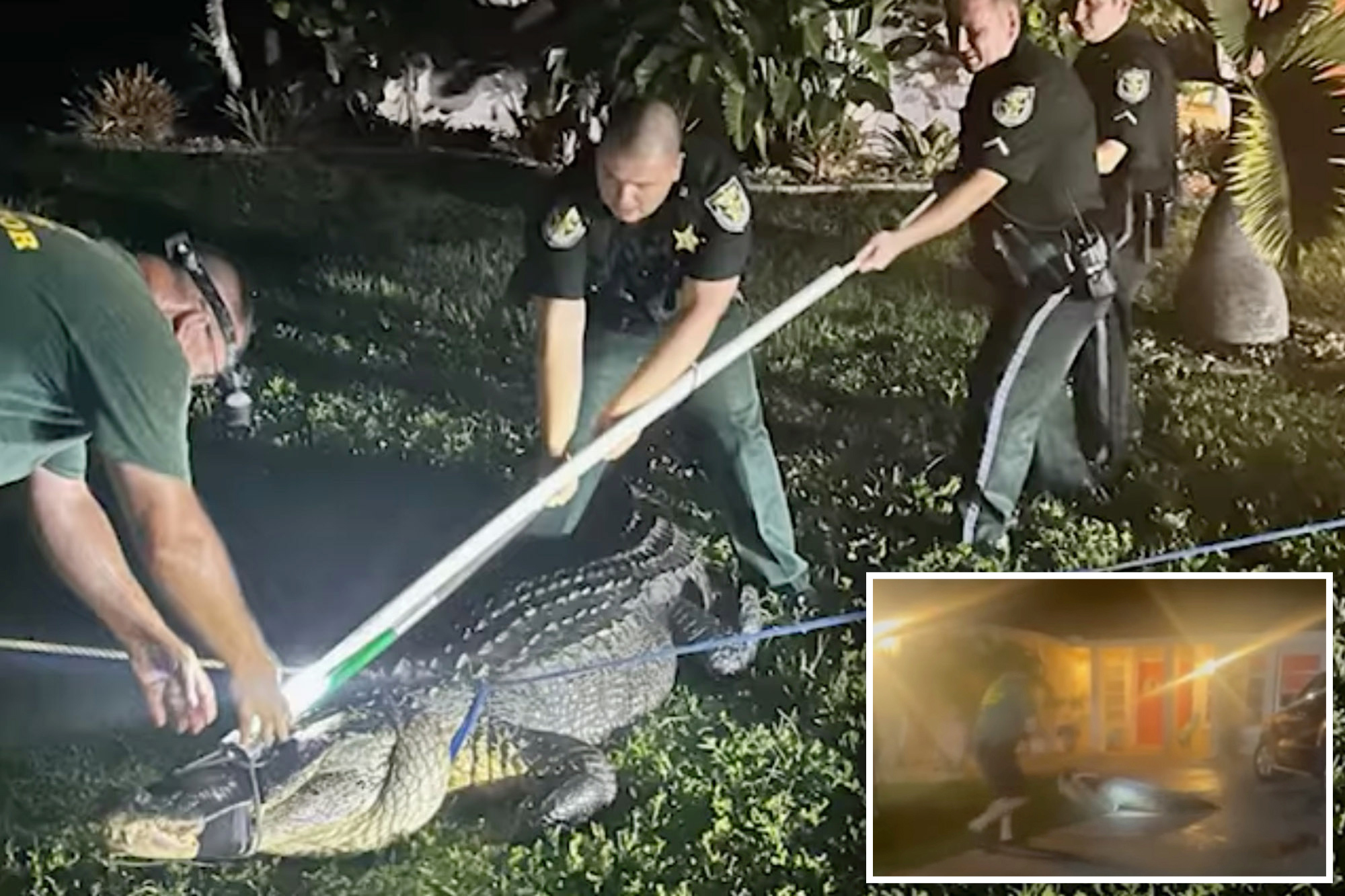 Call the cops — and make it snappy!

Wild video footage from Florida shows sheriff’s deputies capturing an 11-foot-long alligator found on someone’s front doorstep — wrestling with it even as it lets out a terrifying roar.

The footage released Friday by the Charlotte County Sheriff’s Office shows deputies and a local wildfire official wrestling the powerful gator that was found underneath a Jeep.

“Have you ever heard an alligator ROAR?” the department asked, with the clip catching the mighty sound as the animal repeatedly flips and turns — with at least one onlooker chuckling.

The gator took out one of the homeowner’s light poles during the takedown, the force said. Once captured, it was measured at 11 feet, 2 inches.

The daring capture caused some on social media to question whether capturing gators was under the purview of law enforcement.

“That would be the day I quit my job,” one commentator wrote. The sheriff’s department replied, “So you don’t like fun?”