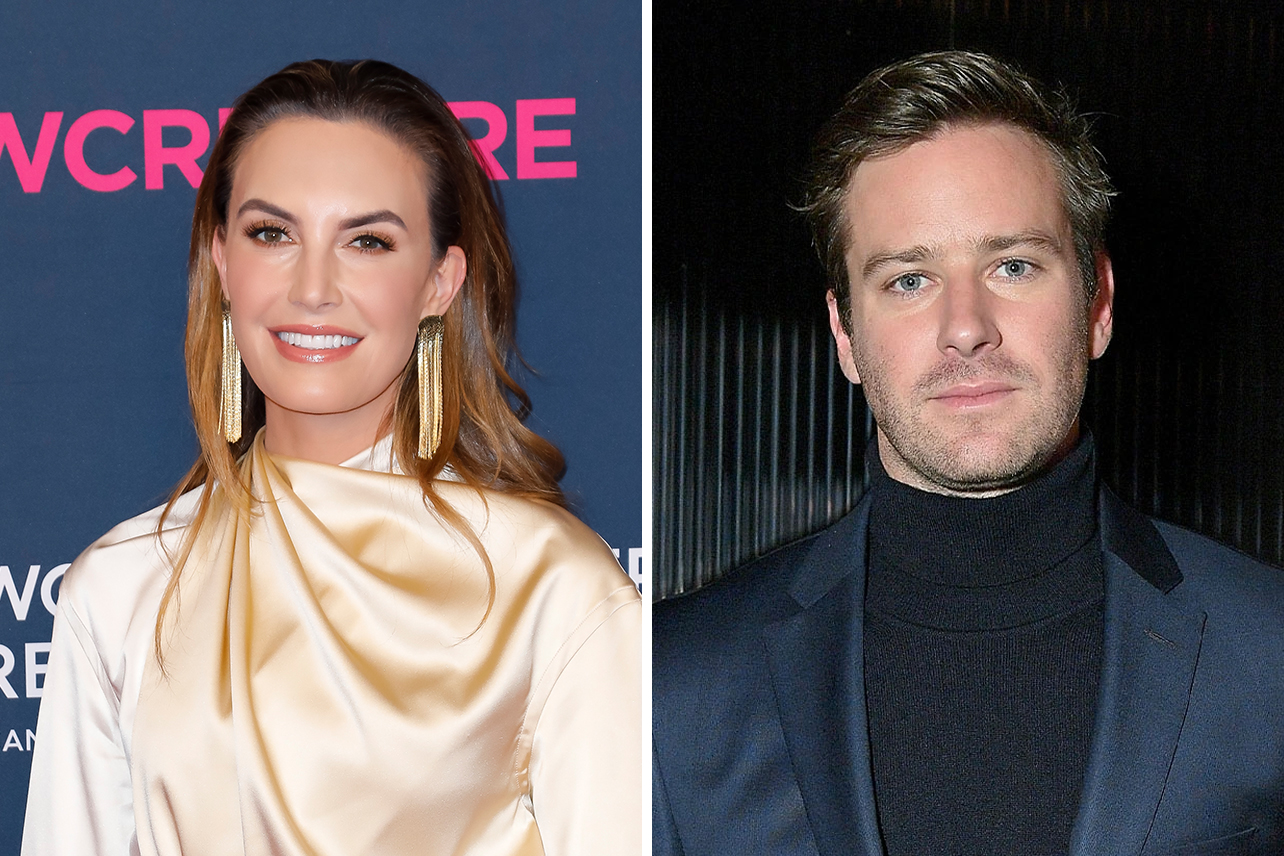 Elizabeth Chambers — Armie Hammer’s ex-wife — called watching House of Hammer “heartbreaking” and “very painful.” The tell-all docuseries dives into the history of crimes committed by the Hammer family and the disturbing allegations against the Call Me By Your Name actor.

Chambers, who was married to Hammer for 10 years before separating in 2020, got candid with E! News about the three-part series on discovery+. She said, “I did not plan on seeing it, but I did drop the kids off at school one day and came home and watched it with my support system around me.”

The television personality continued, “It was obviously heartbreaking on so many levels and very painful. But at the same time, it exists. The past is the past and all we can do is take this as a moment to learn and listen, and hopefully process and heal in every capacity.”

While Chambers avoided press when the allegations started and news of her separation went public, she said, “I consider myself a feminist and stand in solidarity with anyone who has been a victim of any sort.” Now, Chambers would describe herself as “very focused, very clear – and healed,” and added that Hammer is also “healing.”

“Armie has been focused on his healing. There’s the oxygen mask theory: You can’t really take care of someone until you are taken care of,” she explained. “He has been very busy securing his own mask. My mask has been secured, [the kids’] masks are on, so right now it’s really been a lot about focusing on them, protecting them.” Chambers said she is “supporting” Hammer in becoming “the best father and the best person he can be,” but everything else is “his own journey.”

The baking guru was asked to participate in the docuseries, but declined. “They reached out, but, in this process, all that’s mattered and does matter is the kids and our family, and that was not something that was going to be in line with my goals for them.”

Chambers isn’t the only woman in connection with Hammer who has opened up about the polarizing series. Earlier this month, The Los Angeles Times reported that a former victim, identified as Effie, felt the docuseries was “inappropriate.” She told producers, “It is extremely inappropriate of you to exploit such a tragic, vulnerable time in many people’s lives, with no regard whatsoever for our healing process and privacy.”

All three episodes of House of Hammer premiered Sept. 2 on discovery+, under the direction of Elli Hakami and Julian P. Hobbs with consulting by Casey Hammer (Armie Hammer’s aunt). The series featured interviews from Casey Hammer and multiple subjects of the 36-year-old actor’s alleged abuse, including Courtney Vucekovich and Julia Morrison.

Koffee With Karan 7: Gauri Khan on being critical of SRK’s films: I won’t be harsh and demeaning