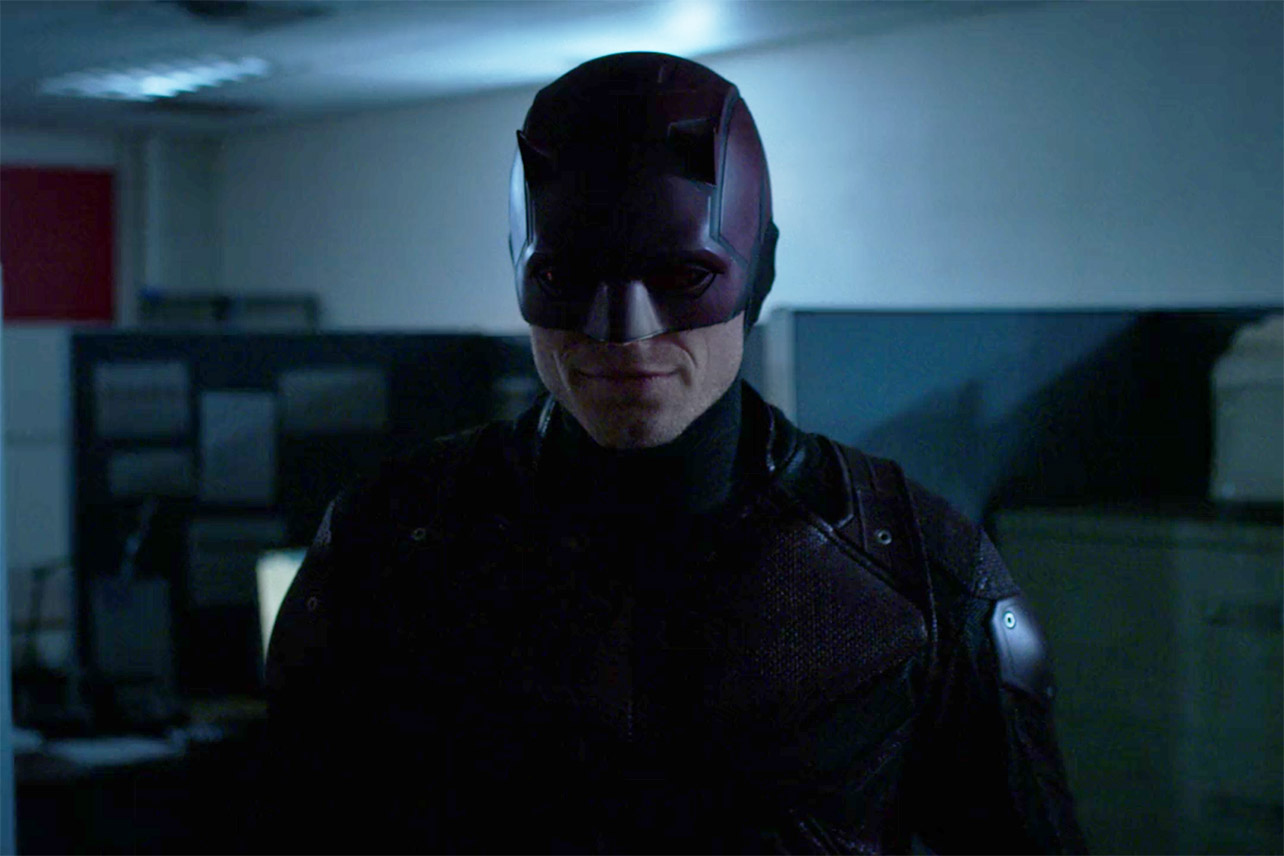 It’s official—Charlie Cox is returning to the Marvel Cinematic Universe as The Man Without Fear for a brand new Disney+ series.

Head of Marvel Studios, Kevin Feige, announced the title of the next installment of the Daredevil franchise at Marvel’s San Diego Comic Con panel. Daredevil: Born Again is set to release in Spring 2024 with an 18-episode season. Matt Corman and Chris Ord are attached to write and executive produce.

Since the Netflix series, Cox’s Daredevil returned to the MCU in a cameo in last year’s Spider-Man: No Way Home as his alter-ego Matt Murdock.

Daredevil first launched on Netflix in 2015 and ran for a total of three seasons. The titular character later appeared in the streaming platform’s The Defenders miniseries crossover. Disney+ acquired the rights to the show and began streaming them in March of this year.

It was also revealed during Friday’s Marvel animation panel that Cox will return to voice Daredevil in the animated series Spider-Man: Freshman Year, which will premiere on Disney+ in 2024.

Navy SEAL recruits forced to sing while being tear-gassed