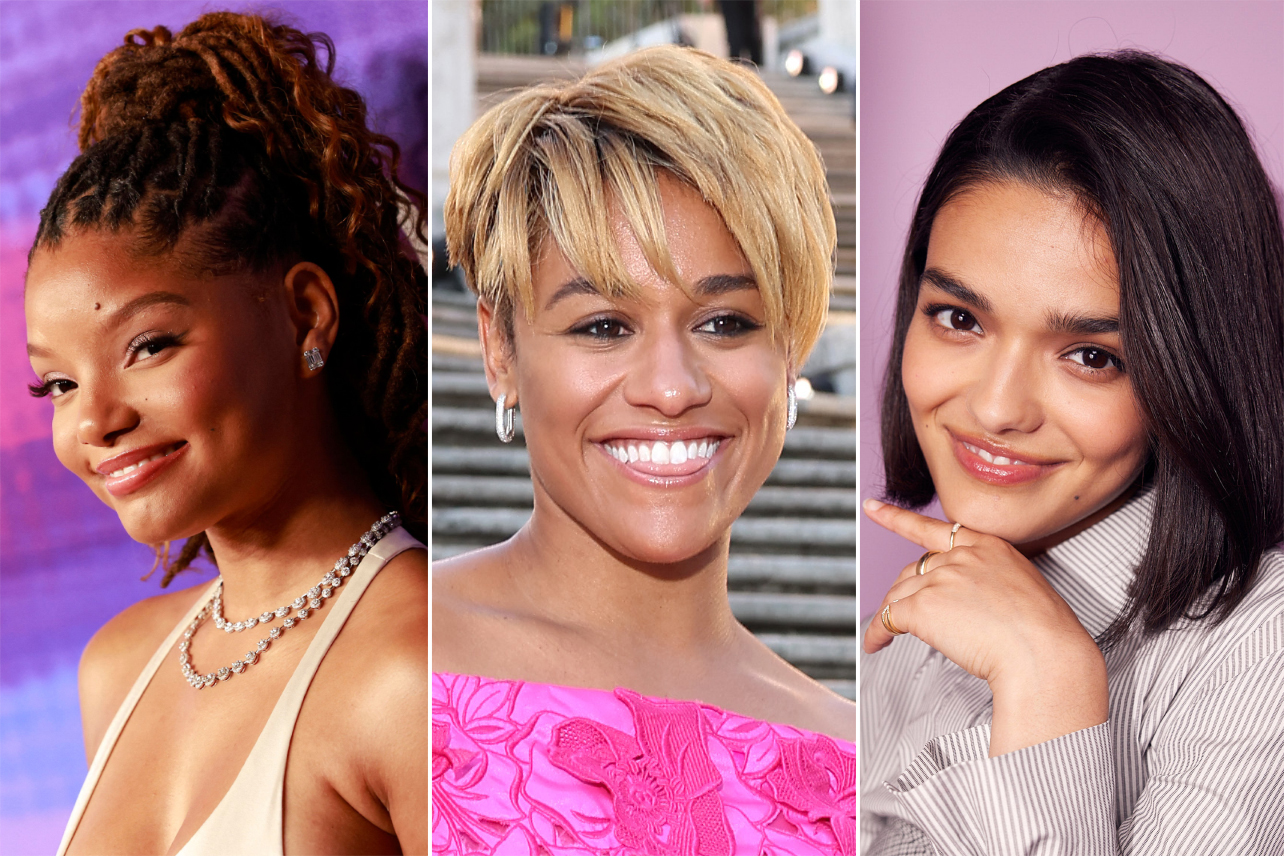 A panel presentation bookended by live performances from Tony Award winner Cynthia Erivo and Oscar winner Ariana DeBose? Disney really outdid themselves with their first live, in-person studio showcase at D23 in three years! And in between those epic performances, the House of Mouse announced a ton of new projects coming soon to theaters and Disney+ — and everyone in the room where it happened at D23 Expo could not wait to see more. Of course we got to see plenty at the panel, in addition to those show-starting and show-stopping numbers from Erivo and DeBose. The teams behind Disney and Pixar’s projects gave the audience enough trailers, sneak peeks, and cast reveals to keep them happy until the next D23.

The big story has to be the influx of new leading ladies to the kingdom via highly anticipated live-action and animated films. Ariana DeBose, an Oscar winner for West Side Story, was revealed as the lead voice actor in 2023’s animated feature film Wish. Her West Side Story co-star (and Golden Globe winner) Rachel Zegler was announced as the live-action Snow White. Attendees got to see an extended sneak peek at Halle Bailey’s debut as Ariel in next year’s live-action Little Mermaid. And Jamie Lee Curtis, the queen of screams, was announced as part of the cast of the upcoming Haunted Mansion film from director Justin Simien. What a lineup!

2023’s Wish is a big deal for Disney Animation because this is the animated feature being released as part of the company’s 100th anniversary. Frozen screenwriter Jennifer Lee, who presented the Disney Animation portion of the panel, is onboard as writer. The film comes from directors Chris Buck and Fawn Veerasunthorn. As Lee said in the presentation, Wish takes Disney back to its roots by asking where that wishing star came from — you know, the star that’s always being wished upon in these movies. DeBose will voice Asha, a 17-year-old who sees darkness threatening the kingdom of Rosas. After making a wish to protect her kingdom, she gets saddled with a literal star sidekick — a “cosmic force made of possibility, imagination, and hope.” Those in attendance got a sneak peek at one song from the film, “More For Us,” from songwriter Julia Michaels. DeBose performed it with all of her Oscar-winning vocal and acting prowess. Just going by the song, a true barnburner of a ballad, Wish has the potential to be a Disney classic.

As for Zegler, she takes on the role of Snow White in the 2024 live action adaptation of the very first animated feature film. “It’s such an honor to bring the first full-length animated feature to life,” said Zegler to the 7,000 people in Hall D23. “Snow White is the girl you remember but more modern, and there’s an emphasis on what it means to be the fairest of them all. She wants an inner voice and sense of agency so she can be just.”

Of course you can’t have Snow White without the Evil Queen; she’ll be played by Gal Gadot, who got so into character that crew members had to ask her assistants if they were okay. “It was very different from anything I’ve done before,” said Gadot during the panel. “I’m used to playing the other end. She is the first most iconic villain in the world and stepping into her skin was so delightful. I enjoyed it so much.” Snow White comes from director Marc Webb and will feature songs from Justin Paul and Benj Pasek.

The next live action leading lady that fans hope to fall in love with is Ariel as played by Halle Bailey in The Little Mermaid. Director Rob Marshall was in attendance and brought a treat with him for the fans: the entire “Part of Your World” sequence. As Bailey said, filming on that one performance took three full days — and it was the best experience of her life. The sequence itself was beautifully animated, looking like the animated masterpiece come to life. And the reaction from the audience? The cheers that erupted just when the crowd learned they were going to see the entire sequence was next level. Bailey was overwhelmed with joy when she took the stage afterwards, having seen the footage for the first time herself.

The other big reveal? Jamie Lee Curtis, the original scream queen, is part of Disney’s upcoming live action Haunted Mansion film. The cast is already stacked and includes Rosario Dawson, Owen Wilson, Lakeith Stanfield, Danny DeVito, and so many more. But Curtis’s reveal was a big deal and was preceded by a whole lot of spooky noises and light effects in the presentation hall. Then out came one of the ride’s Doom Buggies, which turned around to reveal Jamie Lee Curtis. The crowd lost it, naturally. She’s Jamie Lee Curtis!

In addition to all of those announcements — yes, there was so much more! — Disney revealed that the previously untitled Lion King prequel is, in fact, a Mufasa story. Mufasa: The Lion King comes from Oscar-winner Barry Jenkins, director of Moonlight and If Beale Street Could Talk. On stage, Jenkins told the crowd that “Mufasa is the origin story of one of the greatest kings of the Pridelands.” The film will use a framing device of Timon, Pumbaa, and Rafiki telling the tale to the audience.

Also announced during the panel were Pixar theatrical films Elemental, Elio, and Inside Out 2 (Amy Poehler was very excited about that one). Pixar also unveiled their first-ever series Win or Lose, which stars Will Forte and will premiere on Disney+. Also coming to Disney+ are two new series, Zootopia+ and the animation studios’ first-ever collaboration with an outside company, Iwájú, from Kugali and Disney.