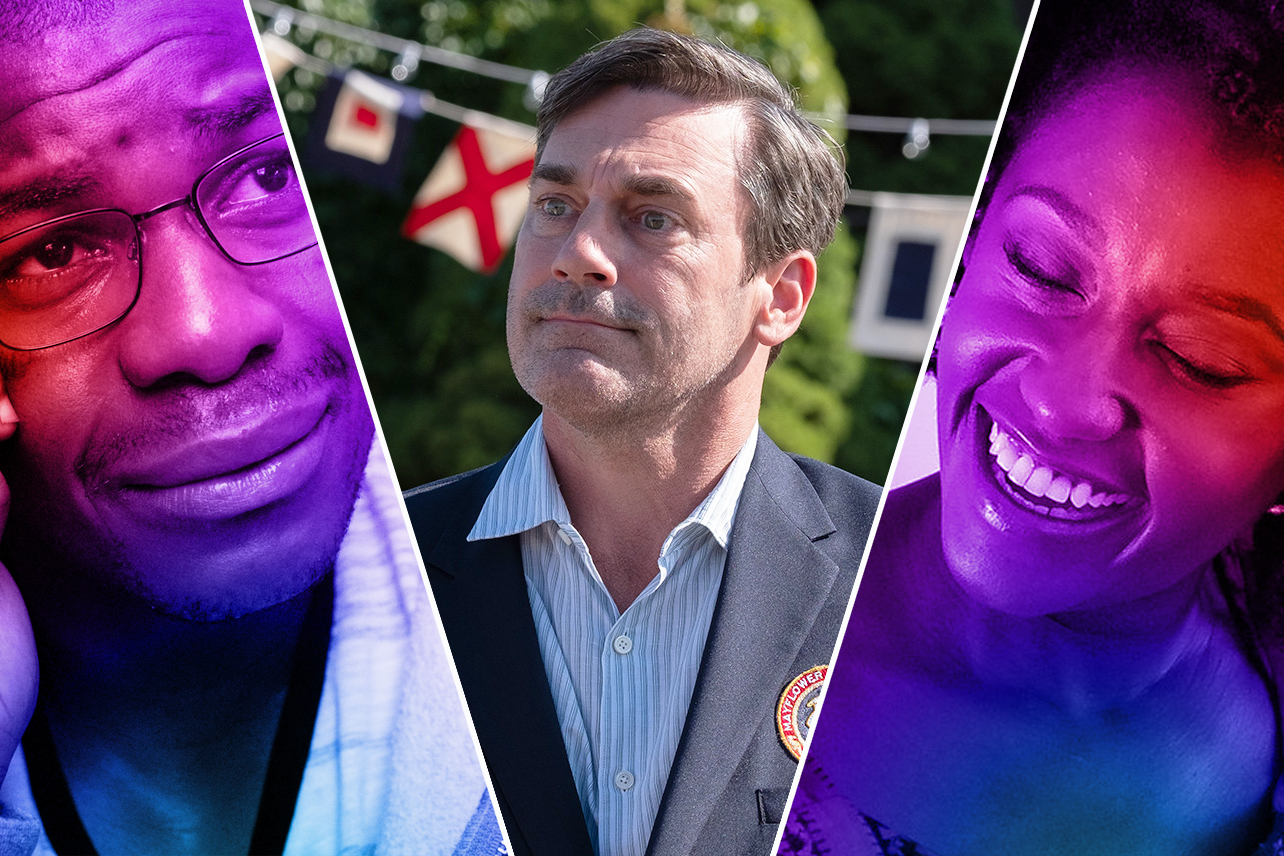 This week’s new movies on VOD feature the return of a beloved character, Irvin Fletch, in a brand new telling of the Fletch stories, Confess, Fletch. Originally (and iconically) portrayed by Chevy Chase in the 1980s, Fletch is being taken over by Jon Hamm this time around. On a more serious note, John Boyega stars in the gripping drama Breaking, also out this week on VOD after a theatrical release in August.

In Queen of Glory, actress Nana Mensah (who previously starred in Netflix’s The Chair) has written, directed, and stars in this emotional and realistic comedy about life, death, and grief. Mensah plays Sarah, the daughter of Ghanaian immigrants, who returns to her childhood home in the Bronx after her mother’s death. As she plans to tie up loose ends left by her mother, including closing down the Christian book shop her mom ran, she meditates on her heritage, her role as a daughter of immigrants. Though she’s always felt like she’s caught between two worlds, she finally realizes she doesn’t have to give up one and exist solely in the other.

These are just a few of the titles that are available to watch on Amazon Prime Video, iTunes, YouTube, and through your cable service this week. Check out what movies are available to buy or rent on demand now!

I think that in order to restore some balance to the world, we all need more bumbling Jon Hamm. The actor is famous for playing serious, between his role in Top Gun: Maverick and Don Draper, he knows how to dial up the intensity, but he’s so good at being a goof that he’s a natural choice to take over the role as Fletch, the quick-witted journalist who often finds himself mired in complicated, usually illegal, situations. Hamm has stated that he is not trying to imitate Chevy Chase’s version of Fletch, so today we can finally see what he brings to the table in this new Fletch tale, which co-stars Hamm’s Mad Men partner in crime, John Slattery, as well as Marcia Gay Harden, Annie Mumolo, and Roy Wood, Jr.

Where to stream Confess, Fletch

Breaking stars John Boyega in the true story of former Marine Brian Brown-Easley who took a group of bank employees hostage in order to steal a sum of money that the VA withheld from him. It’s a film with a tense urgency, and all the makings of an action thriller, but at its core is a message, a tragic story of a desperate man who reached his limit and has run out of options in life. The film also marks one of the final roles for Michael K. Williams, who died last year; he plays the hostage negotiator Eli Bernard.

Where to stream Breaking

Queen Of Glory
Gratitude Revealed
The Invitation (Unrated)
Jane (2022)
Carp-e Diem
Wicked Ones
Wolves Of War
The Red Book Ritual
The Amusement Park
From Where They Stood
The Retaliators
Land Of Dreams
Riotsville, USA
The Alternate
Miracle (2022)

Liz Kocan is a pop culture writer living in Massachusetts. Her biggest claim to fame is the time she won on the game show Chain Reaction.