Sitting Inside The Sun: Video From The Day The X-15 Rocket Plane Exploded On The Ground And Hurt No One 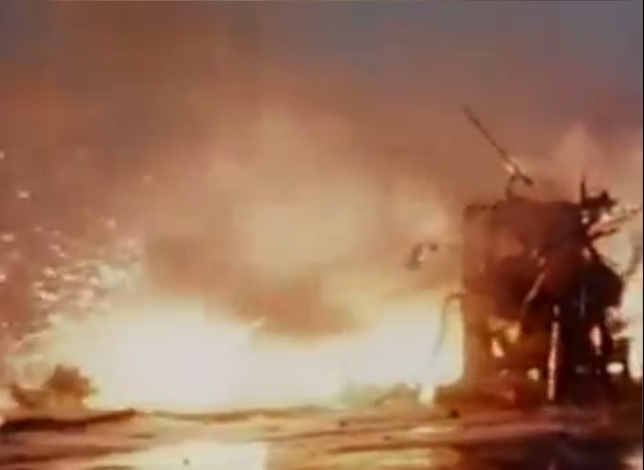 The X-series of rocket planes were some of the most important research craft ever built for scientific and military testing. As mentioned, there were several of them with the mightiest and most accomplished being the X-15. This plane flew 199 successful missions and it would have been 200 if the weather had cooperated with the last one. Eight men flew the plane and Albert Scott Crossfield was one of them. He was also one of the primary designers of the machine as well. The video you are going to see below was taking in 1960 during a ground test of the rocket plane. The craft was attached to a fixture in the ground with Crossfield in the cockpit wearing a t-shirt and dress pants. The idea was to start and restart the rocket engine a couple of times but it turned into a whole lot more than that.

Due to the failure of a pressure value, a tank full of ammonia exploded in the rear of the plane and that explosion, in-turn, caused the failure of a hydrogen peroxide tank. After that literal hell was released as you will see in the video, which was taken at the test that day and shows the whole calamity happen. Because the X-15s cockpit was specially shielded from heat, Crossfield was able to wait for fire rescue guys to fight their way through the blaze to pop the hatch and get him out.

Perhaps the most interesting part of the film outside of the explosion and harrowing tale of survival is Crossfield’s description of the mentality of a test pilot. Unlike most of us would, he had some unflappable confidence that he’d live through that mess and that there was always a “back door” means of escape from virtually any situation. The guy was an engineer so it wasn’t blind faith or ignorance that gave him this attitude. More like incredible training and a cool head.

This is an amazing watch.

BangShift.com This Might Be The Most Bad Ass Boat You Can Find For Sale On…