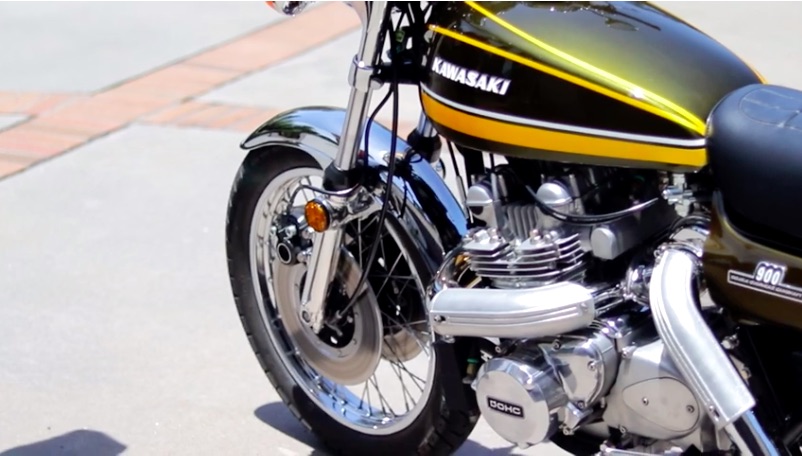 It is not an uncommon thing to see old cars and motorcycle restored, right? Happens every day. Even the rare machines that history seems to have lost can be brought back to their gleaming, original form by talented craftsmen and artisans. What’s far more rare is seeing hot rods restored. The machines that are modified by their original owners tend to have a life cycle that does not include “rebirth” like so many other types of vehicles do.

This is the story of a hot rod being restored, not a four wheeled hot rod, but a motorcycle. How about a 1974 Kawasaki Z1, which is already an amazing motorcycle but this one had a turbocharger installed DECADES ago. The bike was ridden, drag raced, and pretty well taken care of over the years.

Bought at an estate sale and then blown apart, the machine you see here is simply awesome. One of those examples of “they did what…when?!” that modern hot rodder just get their mind blown over. The video shows everything from the motorcycle’s backstory to its resurrection. This thing had to have been an absolute destroyer on the street as it makes 120hp to the tire. That was being made in an age when “superbikes” were making many 75% (or less) than that on a sunny day.

Enjoy the video and this simply awesome motorcycle below!

5 Day KSR Burnout Car Build Part 5: Is This The Best Sounding Header Ever? I Just Want To See The Smoke!