BangShift.com This Not-Quite-Right Ford Taurus Slipped Past NASCAR’s Inspectors And Got Approved For Homologation 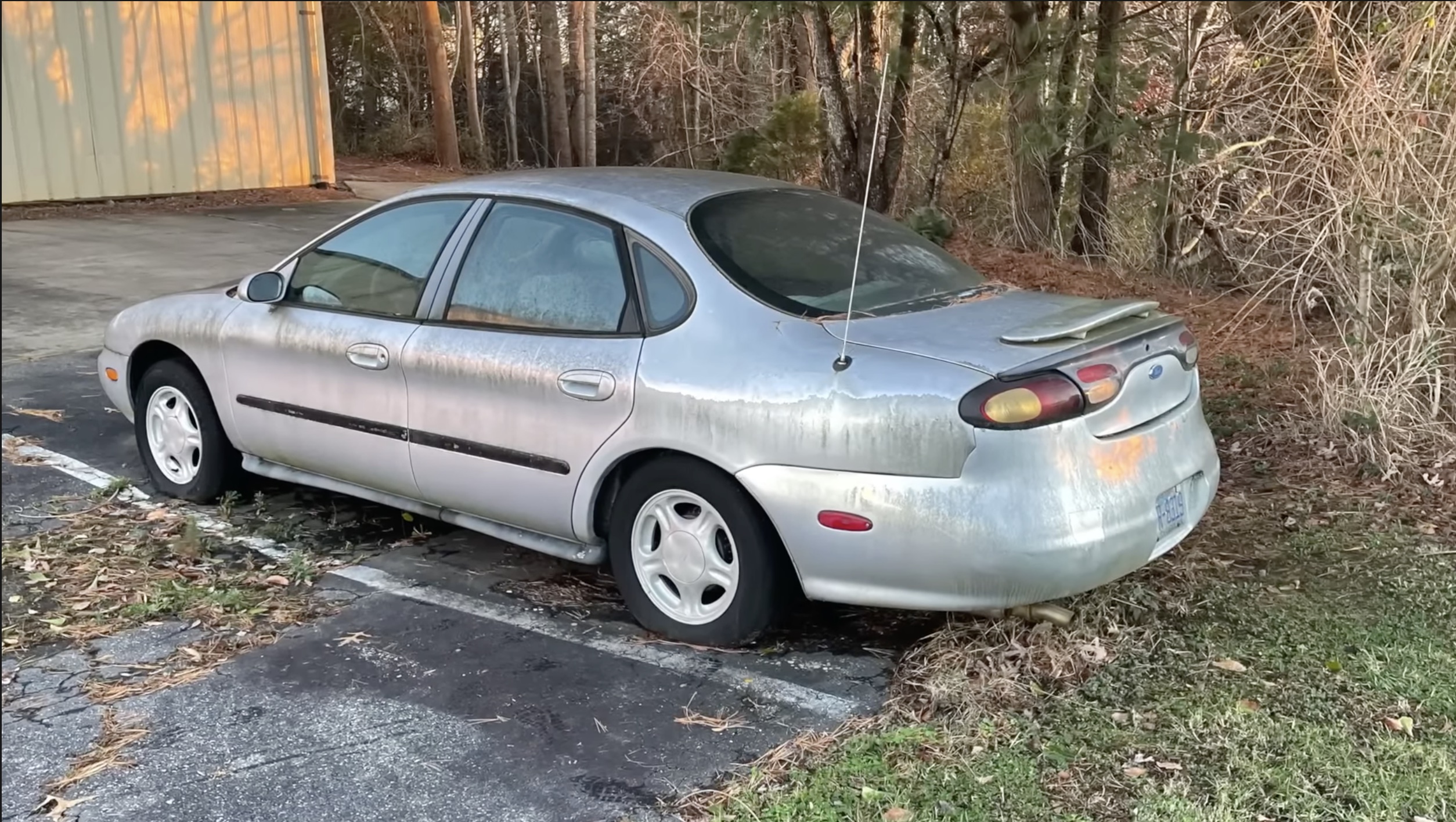 The Ford Taurus has many good things to be proud of. The initial Taurus/Sable launch got Ford out of a rut that they had been stuck in since the mid-1970s and got them to evolve their design philosophy, their approach to mass-market vehicles, even their quality control. The original two versions of the Taurus SHO are legit sport sedans. Then, 1996 happened, Ford designers went bonkers over oval shapes, and the Taurus got…well, there’s no being nice about it, it got absolutely ugly. The “flying potato” first and second-gen cars weren’t show-stoppers, either, but compared to the 1996 Taurus, they were eyebleach-worthy.

In 1996, Ford had another issue on their hands. The Thunderbird was going away…it seemed nobody liked the MN-12 ‘Bird, and they were more than happy to see it die. But that left a big question mark regarding NASCAR…what car would take the role? A Lincoln Mark VIII was vetoed almost as soon as NASCAR approved a body for use, since Lincoln had to shore up the luxury side of the house (and nobody at Ford understood how cars like the Mark VII LSC and the Buick Grand National sold like they did). Instead, someone looked at the Taurus, decided that would be the winning formula, and got to work. The 1998 Taurus would be the debut of the front-wheel-drive, four-door sedan-based NASCAR body…but something had to be done to make sure the Taurus body could compete with Chevrolet’s Monte Carlo, which had been kicking ass on the ovals since it returned in 1995.

Click on the video to learn how the weirdest butt lift in history brought Ford’s NASCAR efforts into the 21st Century:

Revive The Revived: Dylan McCool Brings The Ravine ‘Cuda Back Into The Light!