(By Tom Lohnes) – (Editor’s note: McTag posted a great piece about this car today and as Tom crafted this work last evening, I didn’t want to stuff it on the shelf. His perspective as a 15 year old gearhead is a lot different than most of ours.)

Dodge is not a quiet company. Known for loud V8s, supercharger whine, and tire smoke, an electric car doesn’t really seem like it is in their wheelhouse. But, they have been working on a performance EV of their own, dubbed “eMuscle”, and it seems like quite the car. Meet the Dodge Charger Daytona SRT Concept.

First of all, the “Charger Daytona SRT” is not actually going into production under that name. Yes, there is a good chance the production version of this concept will have the Charger name (Get it?), but the other names will entirely depend on the model. Purists are going to have a tough time with this one, because on one end the Charger has returned to a large, 2-door coupe, but also, there is no obnoxiously named V8 under the hood, which gives them something to cry about. Although there is not a V8, Dodge has somehow managed to make an electric powertrain both loud and obnoxious, just like their past engines. Dubbed the “Banshee”, this multiple-motor, all-wheel-drive electric powertrain does not have any claimed specs yet, but we do know it has a transmission of sorts, and it has distinct shift points throughout the electric motor’s wide, flat, torque curve. Multiple gear ratios should help with both acceleration and top speed.

If you can’t feel the shifts, you can most definitely hear them, because this all-electric vehicle has an exhaust system. Dubbed the “Fratzonic” in reference to the concepts’ retro “Fratzog” badge. This exhaust of course uses speakers to emulate a V8 noise, but the speakers are attached to long, chambered tubes similar to the rear portion of a current hellcat exhaust. What does this do? Well, it doesn’t quite rumble like a V8, but it sounds like a very angry electric motor. Dodge also claims it can reach 126 decibels, which is louder than the exhaust on a current hellcat. Now you can’t complain about electric cars not making noise.

Outside, the Charger Daytona SRT draws heavily on the old 1968-1970 Charger coupe, but also incorporates modern Dodge design language like the distinctive squared-off roofline of the modern Challenger. In the front, the new concept boasts the aforementioned Fratzog logo, plus an LED light bar that runs across the bottom. In the back, the logo appears again, along with a 3D rear lighting fixture. Overall, a very cool looking car that doesn’t appear too far off from production.

Inside, Dodge’s rental-quality interiors are now a thing of the past. Gone are the tiny, outdated screens, 2006 switchgear, and Fisher-Price plastic, and in their place is what appears to actually be a decent interior. This may be the only electric car designed from the ground up with an actual PRNDL-style shifter, and the steering wheel has the signature light-up SRT logo. There are two completely redesigned screens in there, and once again it looks very close to production. This seems to be more of a prototype than a concept.

This is one of the few original takes on an EV we’ve seen in recent years, This, the Lucid Air, and the Rivian R1T are really the only battery-powered vehicles that stand out from the other cookie-cutter Tesla copycats. This definitely is not a production vehicle yet, but from what we’re seeing right now it is not very far off. Expect a lot more info as we inch closer to the car’s 2024 on-sale date. 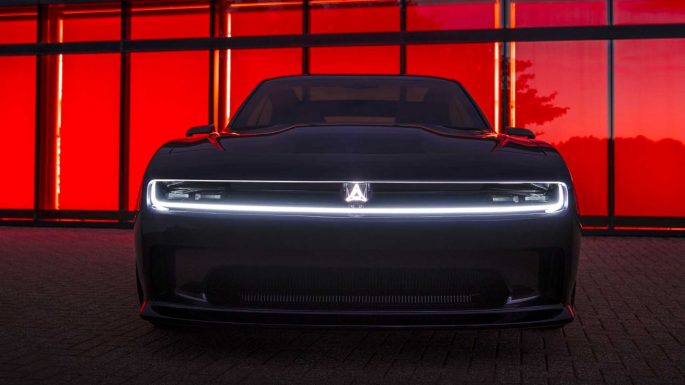 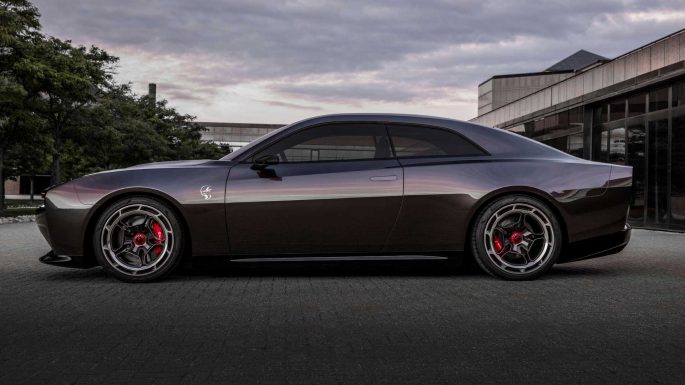 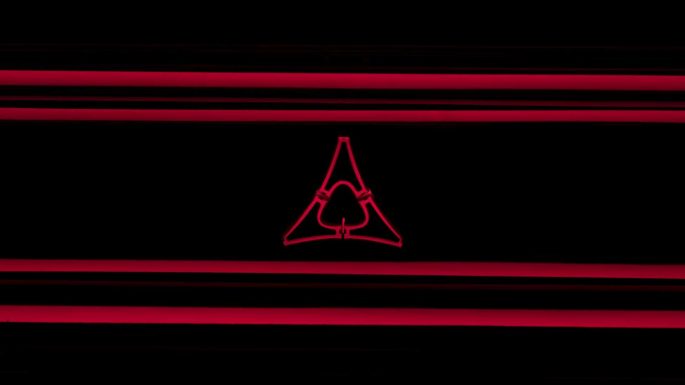 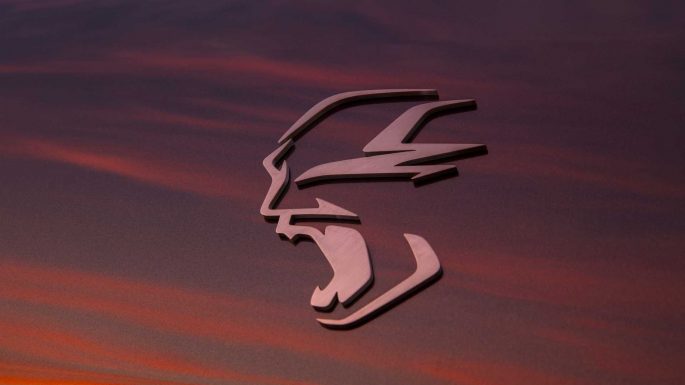 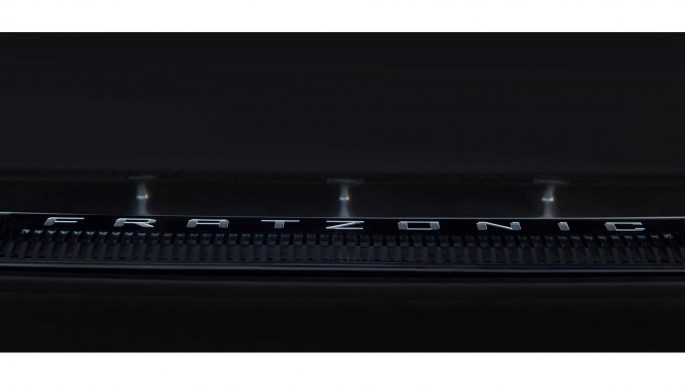 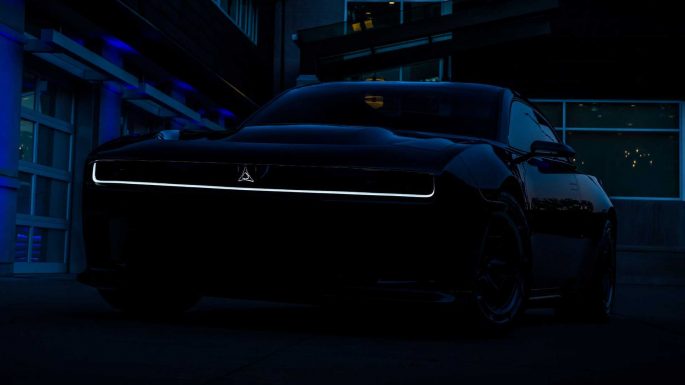 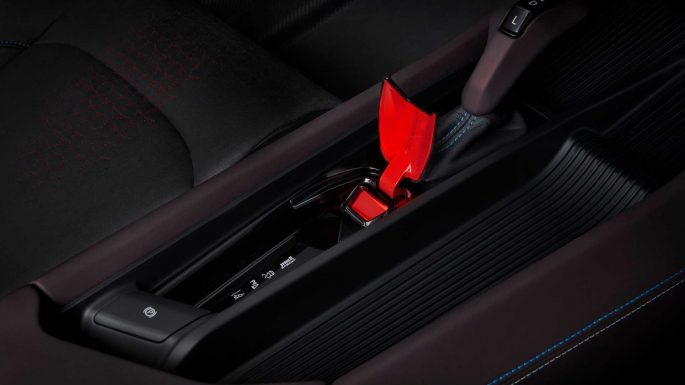 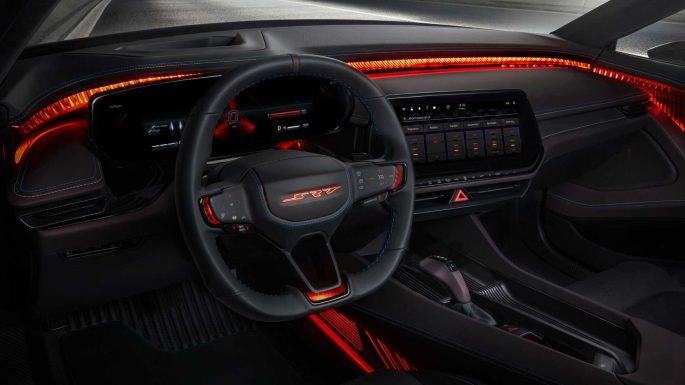 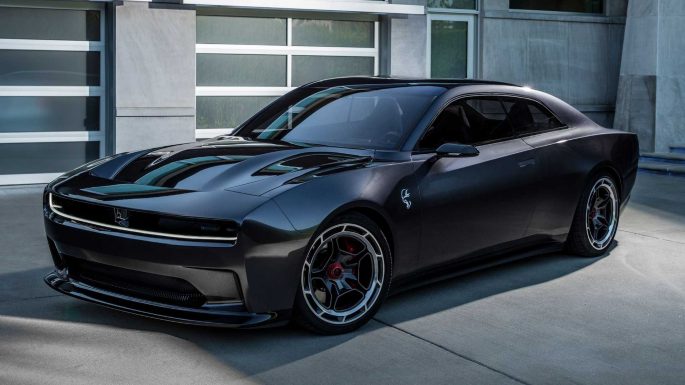 BangShift.com Wait, What? Is This The Fastest Drill Powered Boat? Milwaukee M18 Super…