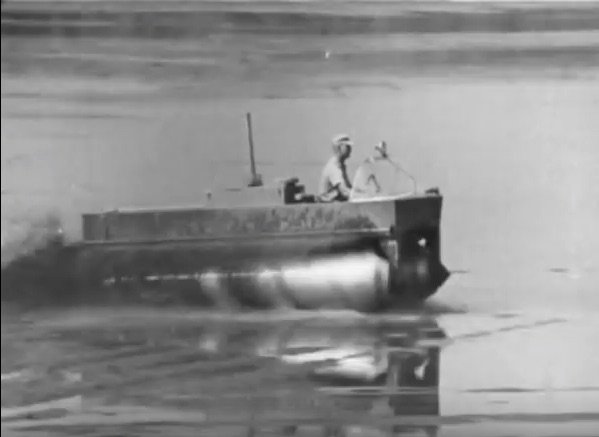 The Chrysler slant six engine has been used in every imaginable power role from forklifts to road racing cars and all the stuff in the middle but there is one vehicle you may not know about that used the leaning tower of power. Called the Marsh Screw Amphibian and developed by Chrysler for the department of defense it was made as a go anywhere vehicle that could carry a half ton of people or payload and traverse water, mud, and virtually every other soft surface you can imagine. Able to move forward, backward, and laterally it was tested by the military in 1964. While the video shown here tells us that the footage was taken in elsewhere, the records show that the vehicle was tested in Louisiana and Virginia. It didn’t really get the kinds of reviews that Chrysler wanted. Regarding that slant six? Yeah it was a special one. Read on to find out why.

The top speed in liquified mud was 12.5mph and it went down from there. Fully loaded and in muck it was capable of going about 4mph. Not exactly fast attack potential there. Military testing documents mention that the steering was erratic and the vehicle was inefficient on hard surfaces. The military also called the required maintenance on the vehicle “excessive”. Whoops! We’re guessing that the slant six was not the maintenance problem but rather the drive systems.

Looking at the technical data, we can see that the Marsh Screw Amphibian weighed 2860lbs unloaded, had 116hp and in an interesting twist actually used a Torqueflite transmission behind it that that powered the screw like pontoons that propelled the thing. The coolest part of all? This used one of the very rare all aluminum slant sixes!

The report is a great read and you can see it at the link below. Watch the video first, see the Chrysler PR spin and then read the report and see how this little sucker actually did in real world testing.

This 1966 Pikes Peak Video Focuses on Ak Miller and Bobby Unser Flying In The Dirt
Video: Watch 1985’s Battle Of The Monster Trucks In Its Entirety! One Of The Best 80’s Monster Truck Videos Ever