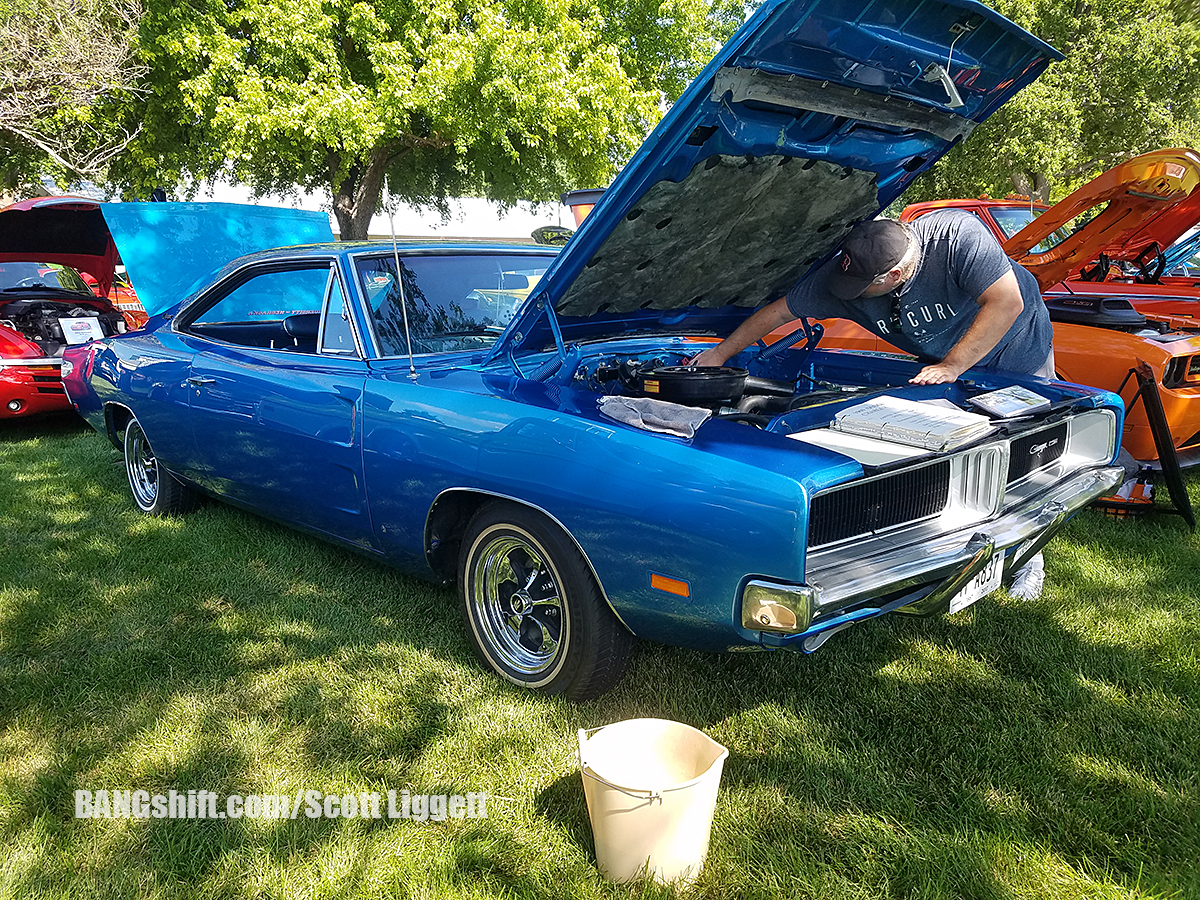 Last summer, Scott Liggett brought us pictures from some of the car shows he hit up in the small towns near his home in Nebraska. And while the towns might have been small, the shows themselves were anything but. These folks in Nebraska are serious about their hot rods and muscle cars, and they were bringing them out in droves. Below is the latest from Scott’s adventures, and we’re going to be sharing his galleries for the next several days.

(Words and Photos by Scott Liggett) Last summer I visited a bunch of small town car shows and showed the world a few things about the car scene in the small towns of Nebraska.  Just because a town is small, doesn’t mean the car scene can’t be big. And, there are a ton of high-quality classics and customs that are residing in these small towns. This time, we went to St. Paul, NE to check out Royal Coachmen’s Car Club’s car show as part of the Grover Cleveland Alexander Days of St. Paul.

Who is Grover Cleveland Alexander, and why is St. Paul celebrating his name as part of celebrating their town? Grover was a hall of fame major league pitcher from 1911 to 1936, as well as serving in WWI. Being inducted into MLB Hall of Fame in 1938. This car show is part of the weekend of town celebrating its history and heritage with the typical things small towns do with parades, a fair, food, and a car show. The Royal Coachmen put on a fantastic show, that also includes a city-sanctioned street race later in the day. The show takes over a big city park and this year they had a huge turnout.

As a side note, Royal Coachmen’s clubhouse has to be one of the coolest I have seen recently. It’s a 1930’s service station right across the street from the county courthouse. And, they have worked to keep it as it looked going back to the 50’s.

Check out the galleries below.

More Camaro Nationals Photos: It’s Amazing How Many Awesome Camaros Showed Up For This Show!

BangShift.com Look At And Discussion Of Split Rims and Old Truck Wheel Mounting

BangShift.com Ride In This 5.4L Mk7 Ford GT As It Hammers Around Daytona