BangShift.com Sixual Healing: Back In 1989 The Toyota Camry Got A V6 To Fight The Taurus and It Was More Noise Than Action

Sixual Healing: Back In 1989 The Toyota Camry Got A V6 To Fight The Taurus and It Was More Noise Than Action 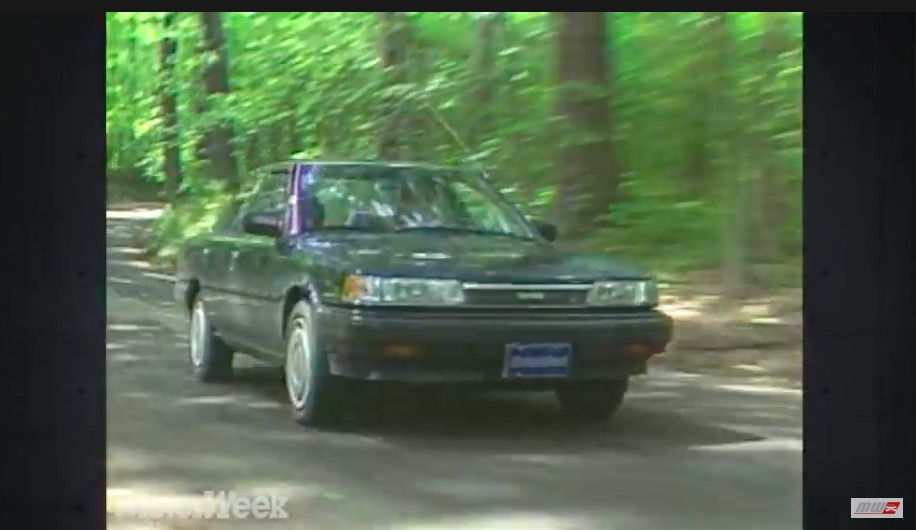 The Toyota Camry has been a staple in the US automotive world since it was introduced in the 1980s. There has not been a single car since the VW Beetle that cause US auto manufacturers to react and improve their product to serve a market as the Camry did for the mid-size sedan. Toyota still sells them by the millions each year and they are offered in about as many different options packages and flavors as that. You can have your boring, super mileage getter V6, you can have the luxury model, or you can even go for the TRD hot rod that can run to 60 mph in less than six second and handles really well, to boot. Up until 1989, that was not the case.

Through the 1980s the Camry was a four cylinder equipped car. Yes, there were some variations on that theme with differing power levels, and even a turbo model, but it was always a four cylinder entry. But as the rest of the world caught up and tried to take some market share back, the V6 began entering the fray, most famously in the Ford Taurus SHO.

Th V6 Camry was not built as a SHO fighter, it was aimed at the wider marketplace. Making a little more than 150hp out of its 2.5 liters displacement, the car got to 60 in 9.3 seconds and ran the drag strip in 17.0 at just over 80mph. Not that impressive now, not that impressive then. It does sound pretty good, though!

Our favorite thing about this video is how John Davis says Camry. Camree is how the world has pronounced the name of this car since the start. Not Davis. Through the 100 mentions here, he never wavers from “Cam-Ray” and at times it sounds like he is saying it so often as if to troll the audience. We love that guy and this is a fun 1980s throwback.

Fat and Happy: This Video Romp Back Through 1970s Car TV Ads Is Pretty Entertaining In Retrospect
Reviving A 1966 Thunder Bird That Was Last Driven in 1977. Will It Run And Drive?