BangShift.com Road Test Of A 1984 Buick Regal T-Type Is A Video Harbinger 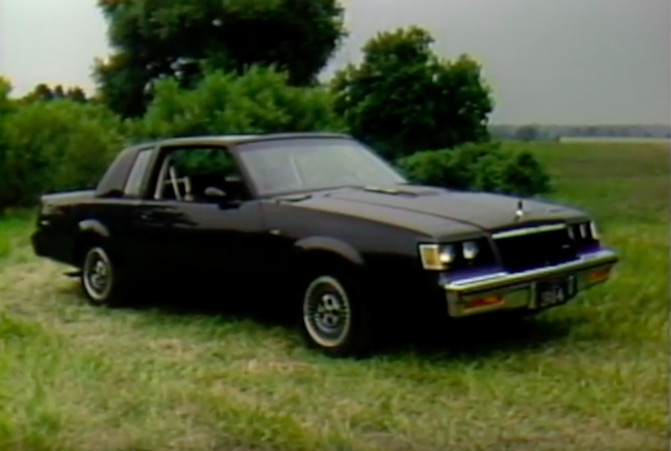 We all know what happened. From the primordial days of turbocharged V6 engines in the late 1970s to the rocking and rolling days of the late 1980s a lot of things transpired in Detroit to bring performance back to the forefront. 1982 brought us the first version of the Grand National and it was a far cry from what it would be come. 1983, there was no Grand National, and then in 1984 the car came back in all-black and it came back with a little brother, the T-Type. Without the full panache of the Grand National, the T-Type had most of the same guts in the form of a 200hp non-intercooler turbocharged V6 and it had enough performance to open loads of eyes that year. With minimal modifications these cars would hammer the muscle cars that were produced less than 20 years before and completely level (stock) stuff that had been produced 10 years before they existed.

In 1984 5,204 turbocharged Regals were built and 2,000 of them were Grand Nationals making the balance T-Types. They shared an interior and they were both faster than the Corvette and the Camaro that year with only 10 psi of boost. The sales numbers would climb and those inside Buick who understood what this “halo” car could do pressed ahead with advancements like intercoolers, better turbos, and other horsepower making schemes.

It is fun to listen to this video review in the context of the year is was made. There’s happy surprise and appreciation for the car and because humans generally suck at predicting the future, there is no sense of what would be coming just a couple of short years later.

People can pin the revival of American performance cars back on the 1979 Mustang but we really think it got started with this 1984 turbocharged Buicks. Flame below in the comments.