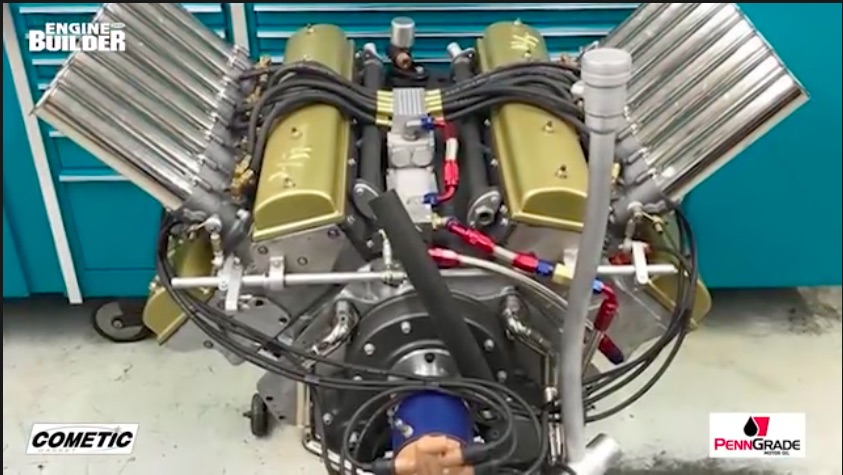 We’re not sure how we missed the memo that Mickey Thompson built a one-off, three-valve small block Chevy to compete at the Indy 500 with in the late 1960s but he did and the engine is amazing. Not only is the engine great, it has been restored to running order in the very car that it was raced in. This video talks about the engine, contains an interview with the builder who did the restoration, and goes over some of the most interesting and downright weird elements that the engine included.

Mickey Thompson was captured by the Indy 500 as so many racing magnates were at this era in history. They loved the wide open ability to innovate, the fact that the sky was the technological limit, and that they could chase any bizarro dreams that they came up with. Usually this creativity ended in tears and no one knew that better than Thompson. His efforts were often ground breaking but they came with risk, a risk that racers take as part of thir jobs.

This engine made more than 500hp naturally aspirated and that was pretty freaking awesome for the era. The cylinder heads are crazy and there was both an eight and sixteen port version made. These are 16 port heads and as you will learn, this is not a dual overhead cam engine, despite what you think  you see.

Wild, wacky, and back to life. One of the neatest engines we have ever seen.

Will Regulation Navigate DeFi and NFTs To Go Mainstream?