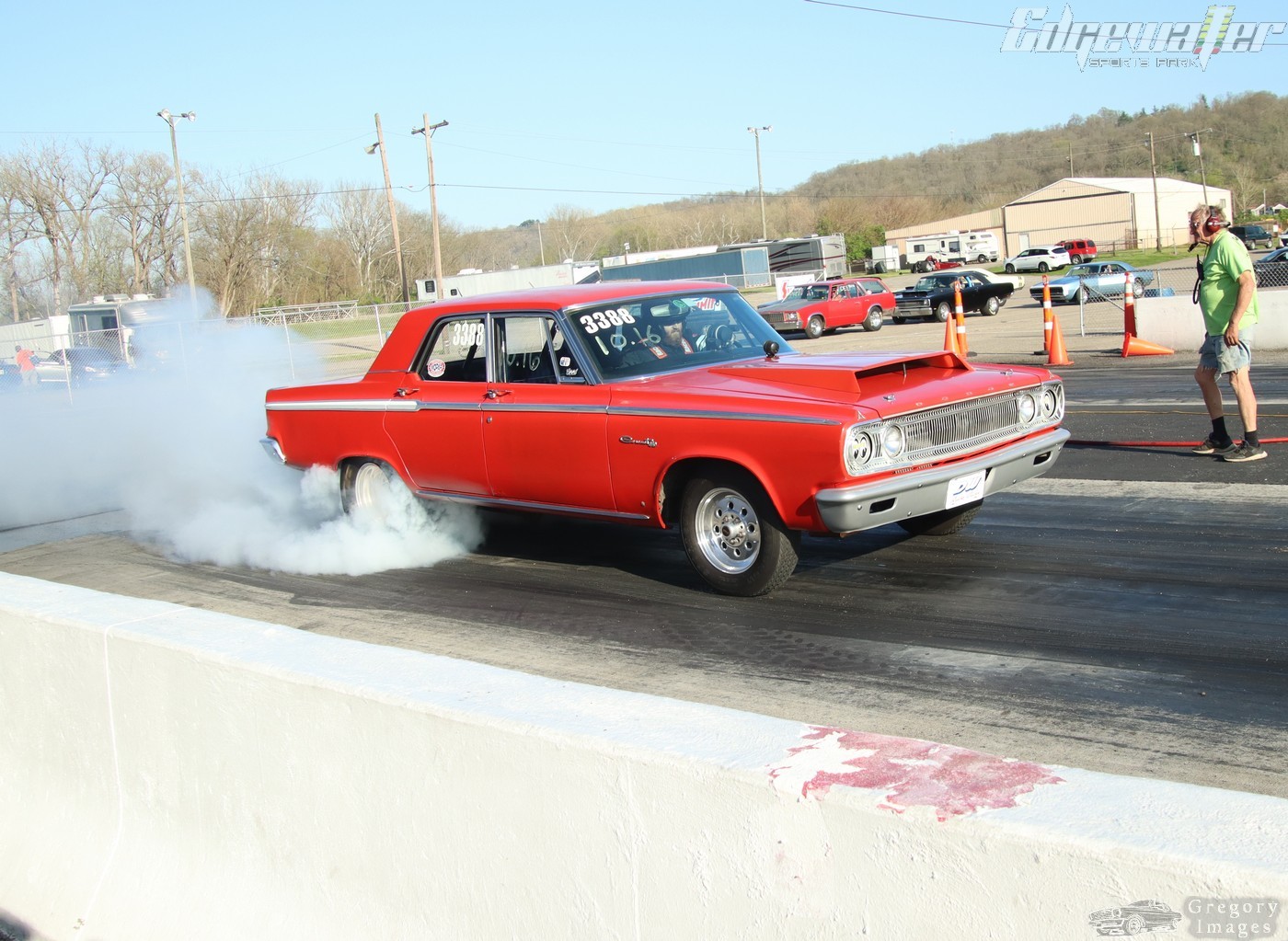 (Words and Photos by Doug Gregory) Hope you all don’t think that just because I try to follow the Straight-Axle Mafia around means I don’t catch the other stuff going on. Hey, these also burn fuel and tires to make a wonderful mixture of aroma and sound that is very pleasing to the gearheads. As is the norm for tracks we frequent there are few newer cars and tons of cool, wheels-up, tire-burnin’ older model trippin beams and going rounds.

Most of the time I walk the pits 2 or 3 times snapping photos of spectator rides, tow rigs, and race cars, but I only made it one lap on this day. What does that mean…? More action shots and fewer static images. Some of the images have way too much glare in them (technical jargon alert) and I was chasing the issue all day long, never really getting on top of it. The next day or so I was fiddling with the camera and found that my white balance settings had changed. No amount of ISO, shutter speed, or filtering is going to completely fix that. My only guess is the setting altered when I changed the battery as I have occasionally had that problem with other settings, but never with WB. I don’t have white balance on a macro or hot key so the only way to set it is traversing the menu which I try to avoid at the track.

That’s enough boring photog stuff to last most of you a lifetime. Please note the gallery is not Chevy heavy. Mopar, FoMoCo, and others are represented very well.

This is another two-part report so stay tuned for the rest of the story.

Amid comments about having kids, Kim Kardashian and Pete Davidson are taking their relationship seriously?