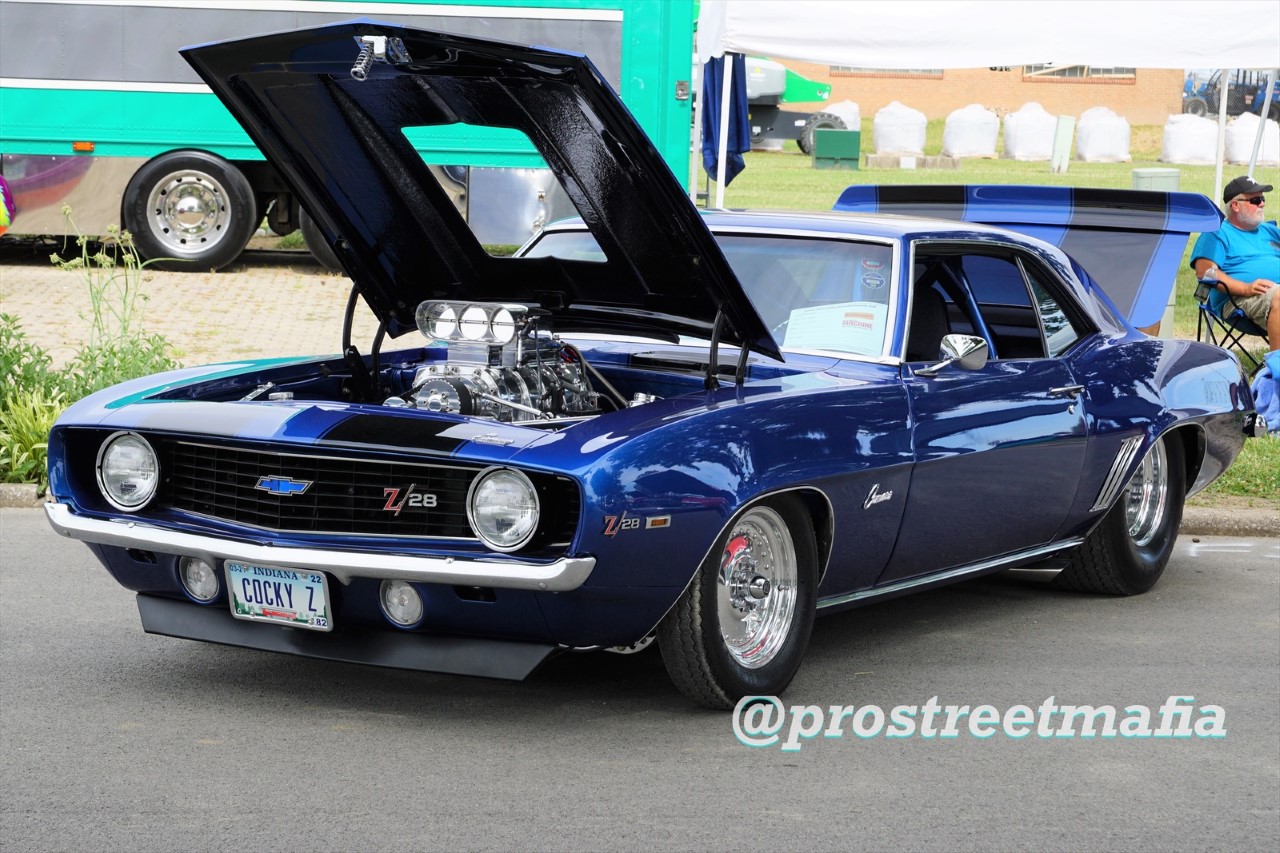 I’ve been saying that Pro Street is alive and well for the last five years or so, and believe that it has been for longer than that. Sure it isn’t what it used to be, but it certainly is still something that has everyone turning their heads at shows.

(Words and Photos by Rob Bennett) I’ve been a fanatic of Pro Street cars since I saw my first in 1979, A Ford Fairmont in Greenbelt Md. I’ve been part of a few builds over the years and currently own one of the most iconic Pro Street cars ever. The last Street Machine Nationals I attended was in 1988 during the heyday of Pro Street. Back then nothing was out of grasp for a builder, Fieros, VW Bugs, Chrysler K cars, Chevettes and a lot of over-the-top builds.

I’ve seen a lot of posts on social media platforms and certain forums on websites saying Pro Street is dead or dying,

but after attending the 2022 Street Machine Nationals in Duquoin I can firmly attest Pro Street is alive and well. I stopped counting when I got over 80 big tire cars on the fairgrounds. There were a large number of new builds and some of the older 80s and 90s cars still out and cruising. I talked with numerous people saying that they have ongoing projects hoping to debut soon.

I’m not sure of the total car count at the show but I heard about 2500 vehicles total and I would guess well over 100 Pro Street cars attending. This will be a show I plan to make every year in the future.

Man dead after fall at The Weeknd’s Philadelphia show