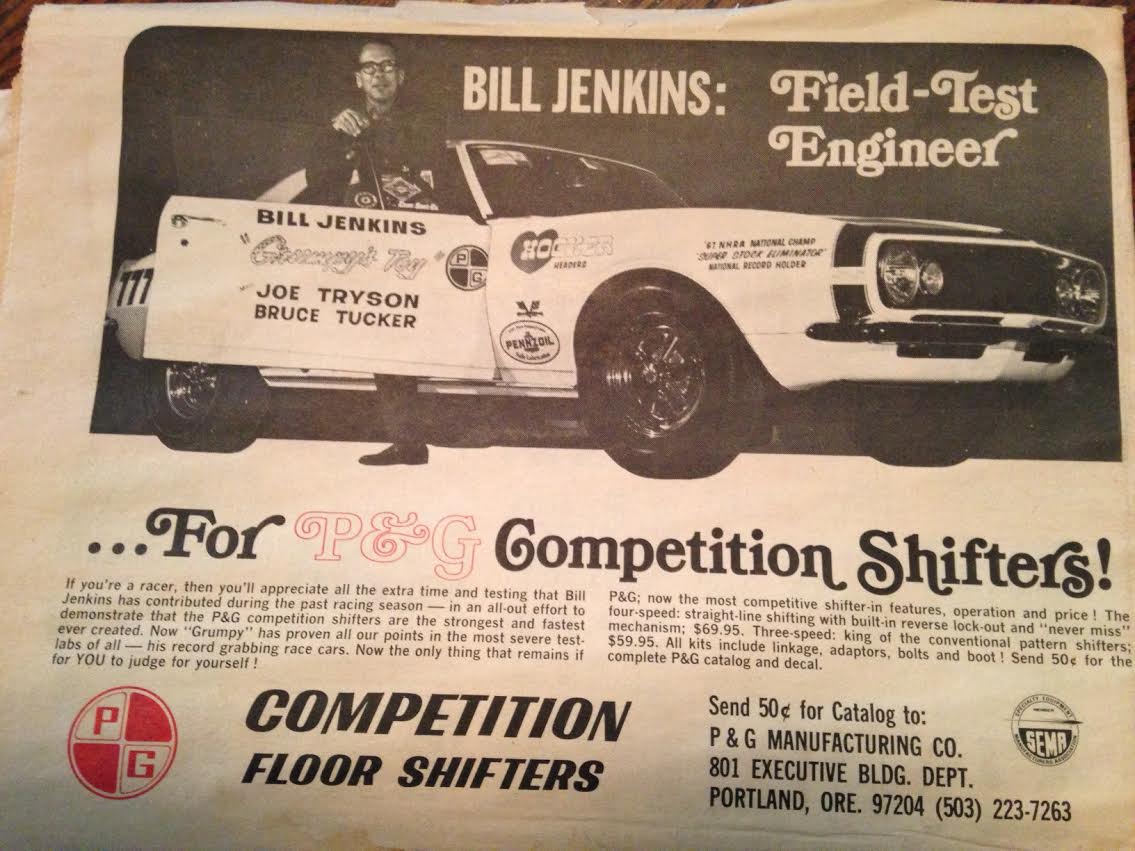 (Images from the Lohnes hoarders collection) – It has been a while since I dove into my stacks of vintage drag magazines and papers to share killer ads from the late 1960s and early 1970s with you, the residents of readerland. Since it is still too cold to be outside wrenching for fun, I decided to make that happen today by grabbing a couple of old National Dragster, Drag News, and other publications to scour for cool ads featuring people, parts, races, and in a couple of cases funny stuff. While National Dragster certainly had the most polish of the era, the sometimes outlandish, and largely hand formed looking ads in Drag News have the most entertainment value, especially the ones promoting different match races.

Back in those days, most tracks didn’t have an ad agency to work with or a professional ad firm to create their copy and do graphic design and all of those things. It looks more like most track operators would point to someone say, “Hey, Bill says you can draw…that true?” If the person said yes they would be the “graphics” department for ads. Campy, weird, and amusing, I love that stuff. The ads for components are more straight ahead but they are also more confrontational, touting racing wins and not being afraid to directly name a competitor if promoting the superiority of a product they offered.

I really enjoy digging these old ads out. It takes me to a time that I never was involved with but sure makes me feel that I was there watching it all go down. Many of the companies you’ll see here are long gone. Some were absorbed by today’s power players as they rose and others just folded. Hell, the AHRA has folded multiple times over the last few decades and they’re here as well! 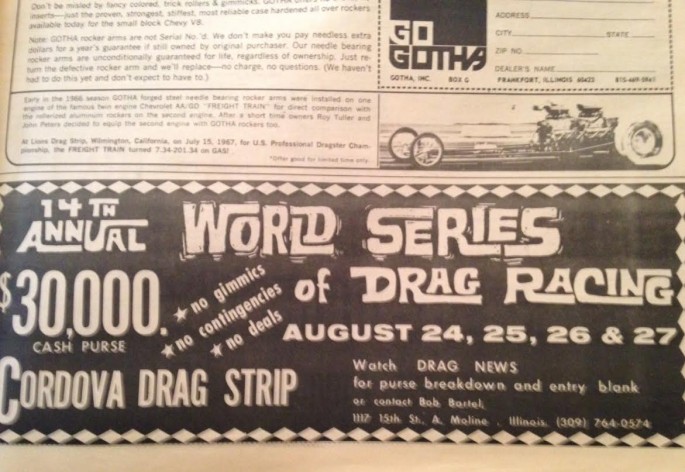 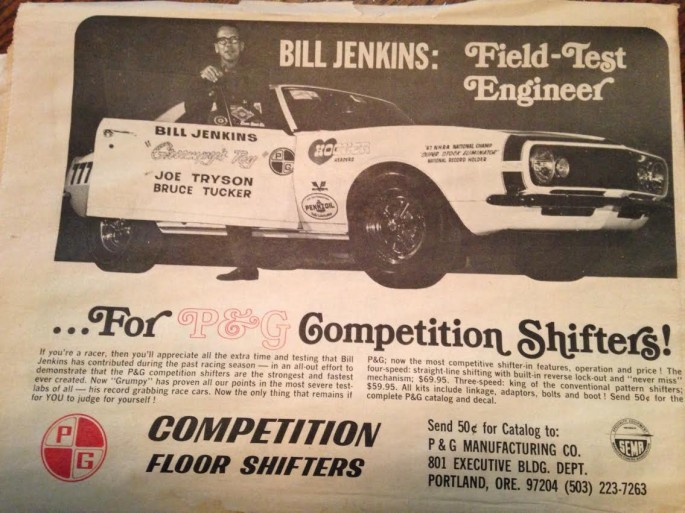 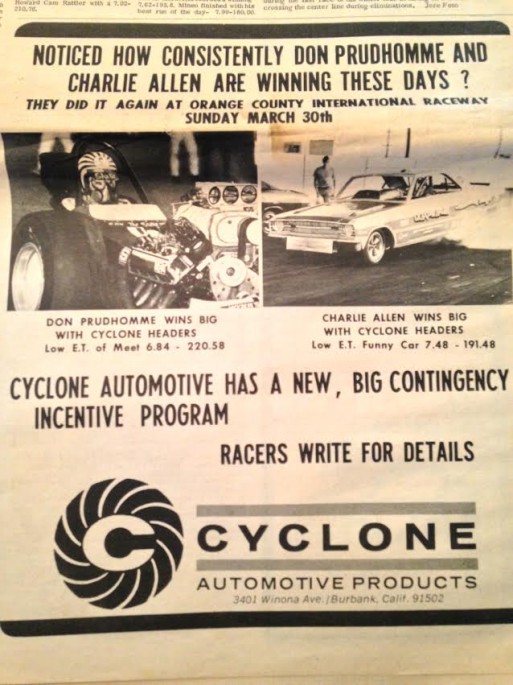 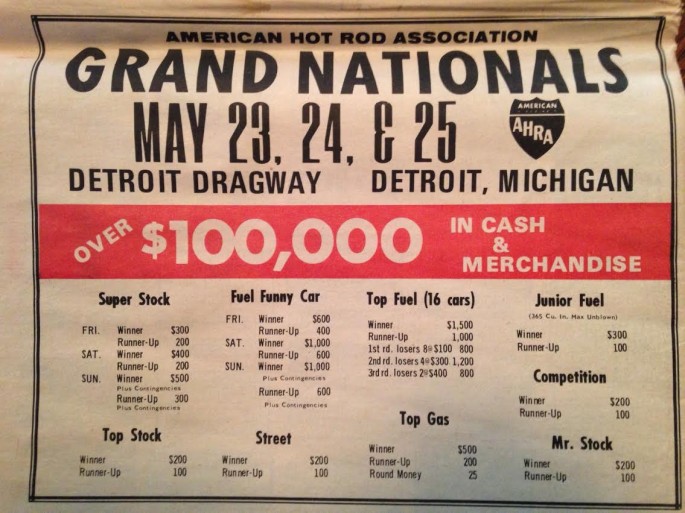 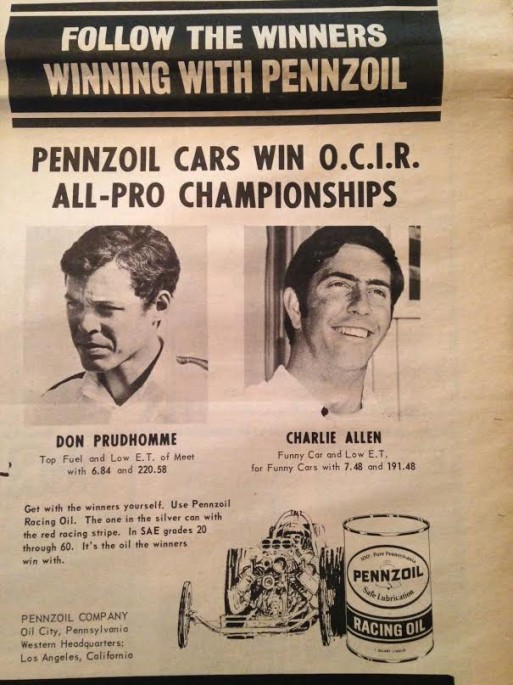 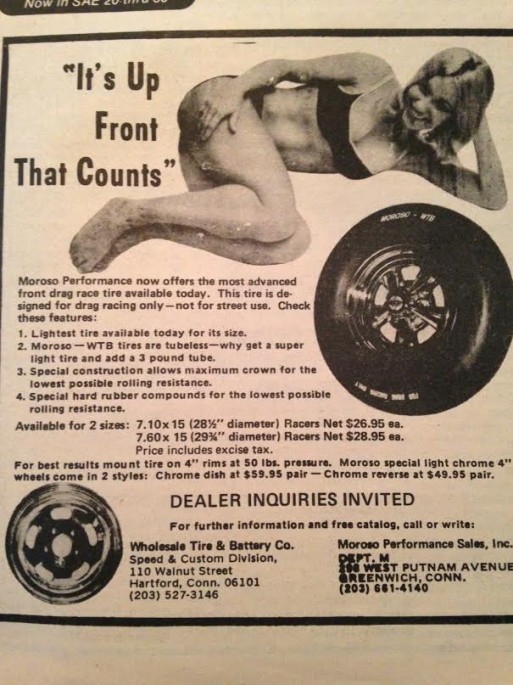 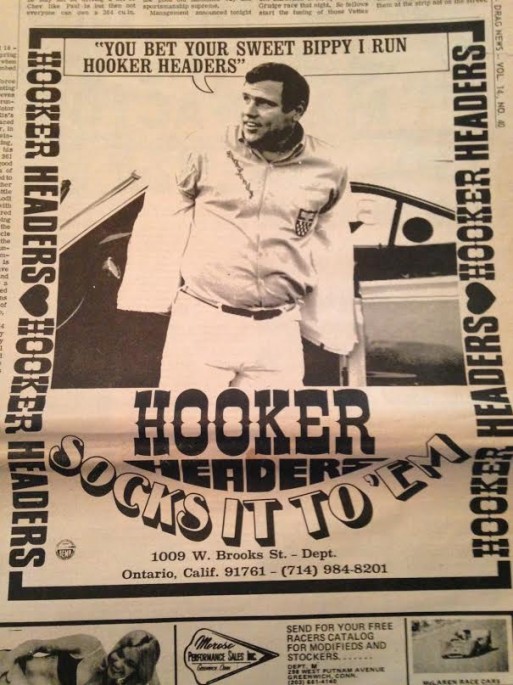 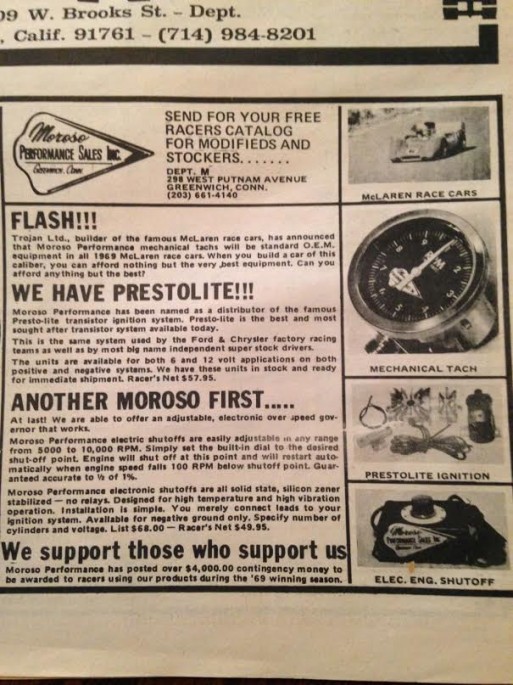 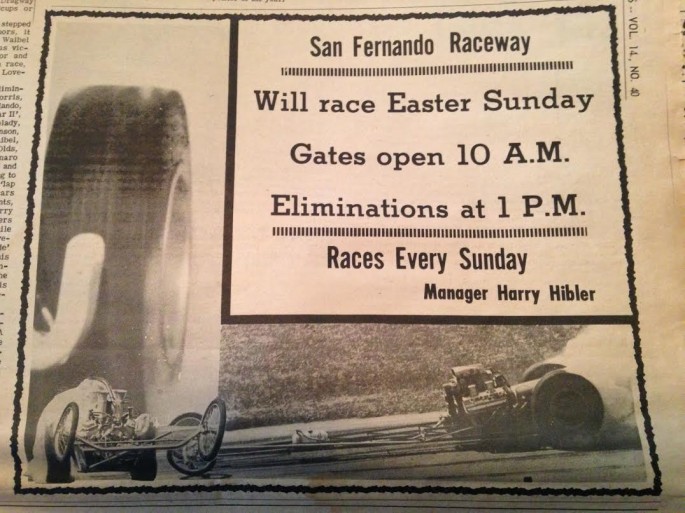 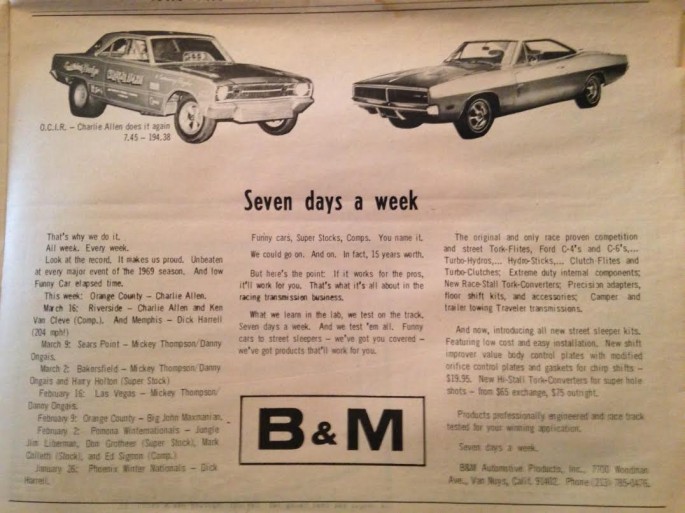 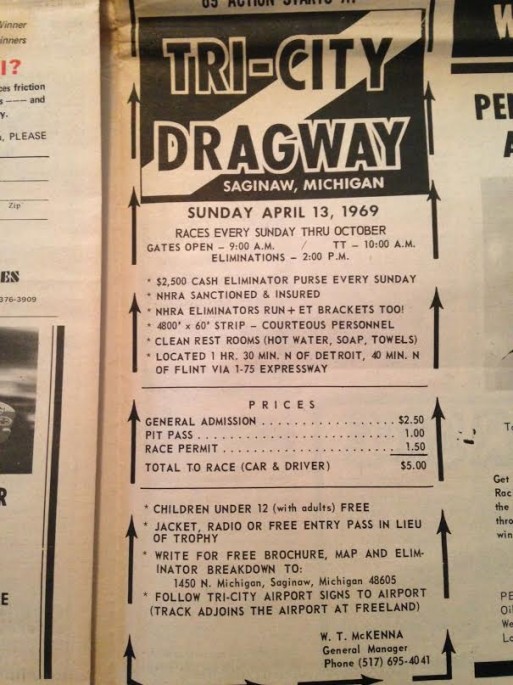 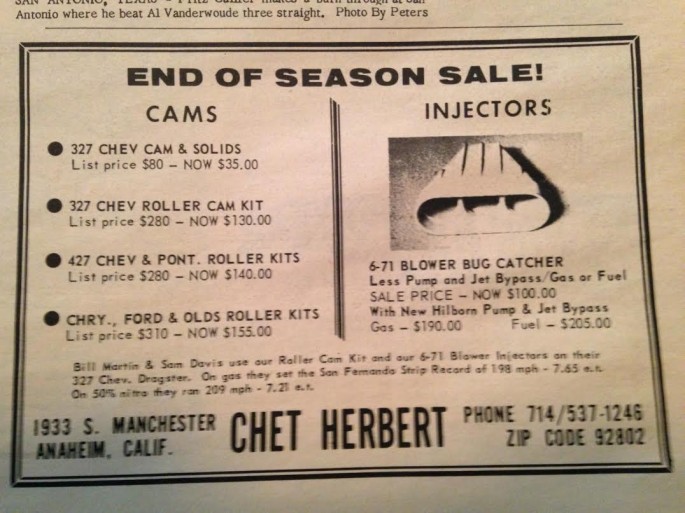 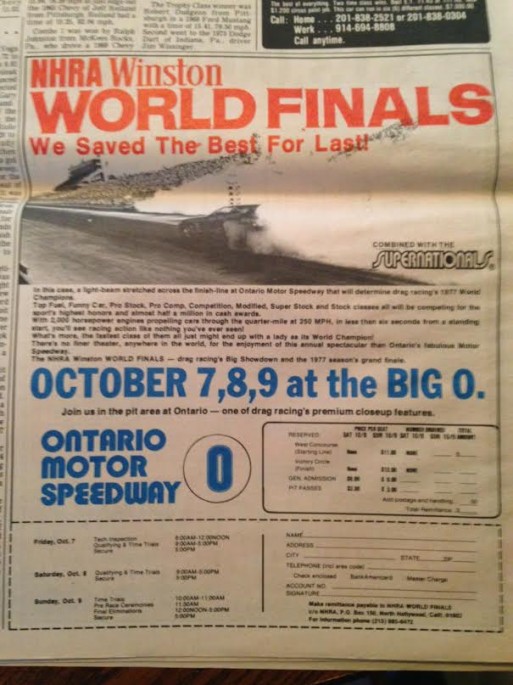 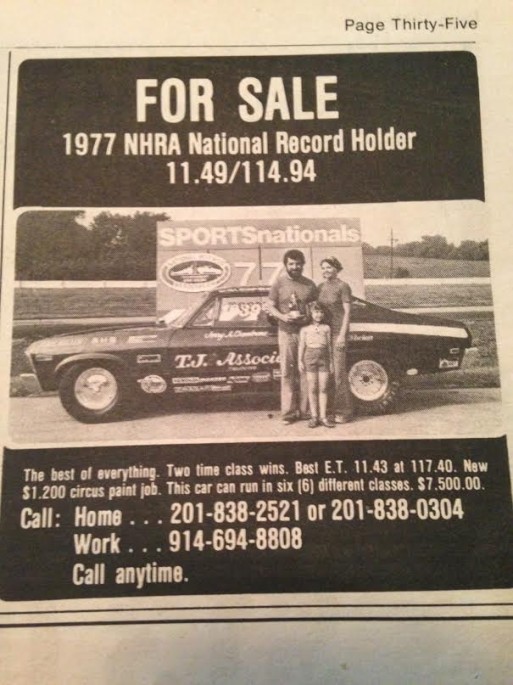 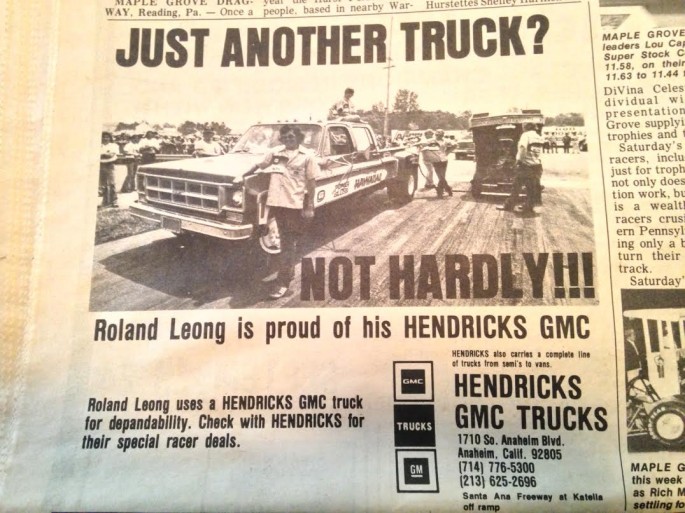 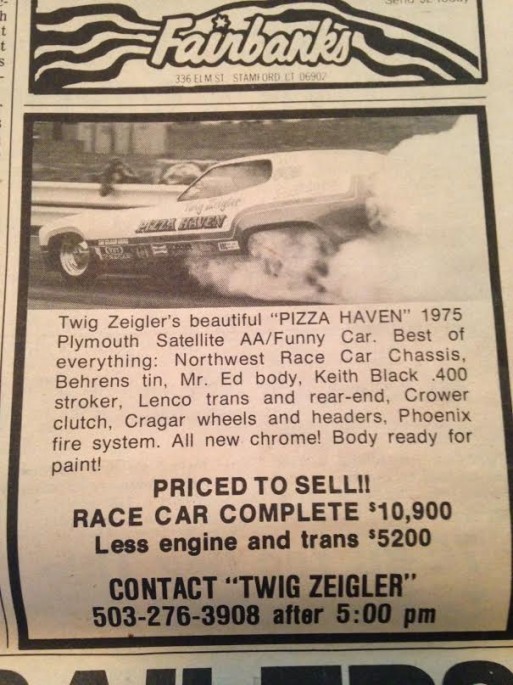 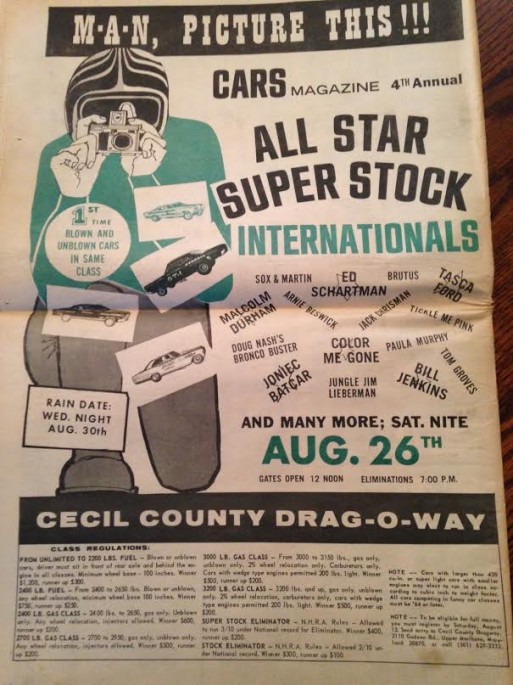