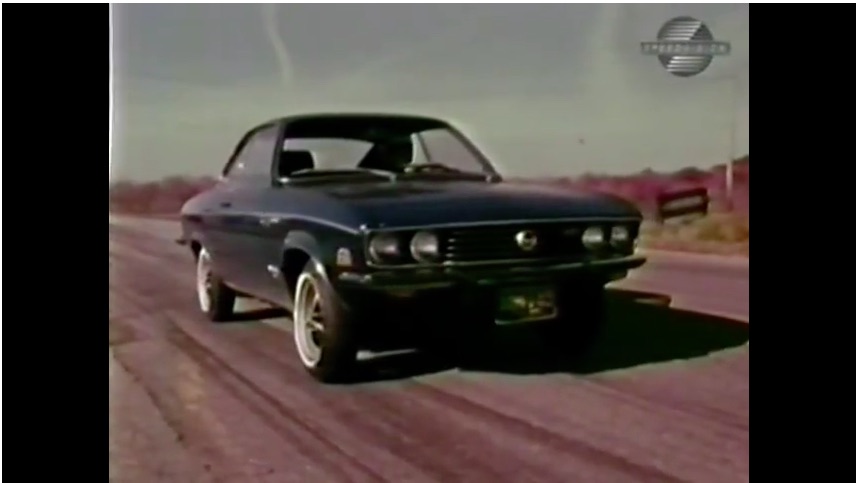 History has forgotten a ton of the weird little cars that were imported into the USA by American auto makers during the late 1960s and early 1970s. They were trying to do whatever they could to stem the VW explosion, to get customers options with better fuel economy, and to try and slow the bleeding of market share that imported cars were causing.

GM brought over the Opel Manta (among other vehicles) to give people an option. No, they did not sell many but the cars were available through their dealer network. This Car and Track video review of a 1973 Opel Manta is spectacular. Not because of the car’s incredible performance but because of the attitude that our hero Bud Lindemann treats the Opel and small cars in general with. He asks if they are a fad, if they are fun to drive, or if there’s some other reason one would want a car like this over a porcine American car of the day.

With a naturally aspirated 1.5L engine that made 75hp, the Opel Manta Luxus was not exactly a barnstormer. They don’t even give a quarter mile time, which we’re guessing was at least 20-seconds if not more. It took 16 seconds to get to 60mph so that gives you an indication. The crew was very complimentary of the handling of the car and it looks like fun to throw around.

The Opel Manta was a killer looking little car and while its time in this country was short, we think that they look cool and would make an awesome platform to build a pro touring style car from.

Joey Gallo finding himself with Dodgers after Yankees trade

BangShift.com Look At And Discussion Of Split Rims and Old Truck Wheel Mounting

BangShift.com Ride In This 5.4L Mk7 Ford GT As It Hammers Around Daytona