Video: In 1971 Bobby Issac and The K&K NASCAR Team Went To Bonneville – This Is The Truly Awesome Story 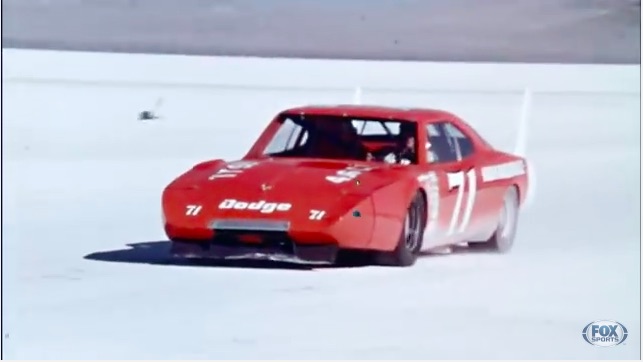 This is one of the neatest short films we have ever seen about stock car racing, mainly because it is about Bonneville. It is about Bonneville, a magical race car, a famous crew chief, an enigmatic driver, and some southern boys who showed up on a mission to destroy the record books. And they did.

Bobby Issac is one of the most interesting championship drivers in the history of stock car racing. A man with limited education who was all but a recluse, he hated talking to the media, and not out of spite or attitude, he barely spoke at all. The opening scene of this film is a telephone interview he did about the trip to Bonneville in 1971 and it is probably the longest single recording of Issac that exists. He may have been quiet but the man could drive the wheels off of a race car and on that flat, open expanse in Utah he was at home with the isolation, in fact he probably loved every second of it.

Harry Hyde was the crew chief on this car. He’s the guy they based Robert Duval’s character off of in Days of Thunder and beyond that he was one of the best NACAR crew chiefs who has ever lived. Funny, hardworking, and a task master we do more than just hear about him in old clips, we hear about him from two guys that worked for the man and two guys who were actually present when the Bonneville trip was made in 1971.

The best part of this video to us is the reaction of the two former crew members on the car who are moved to tears just looking at the machine that they spent years of their youth sweating and wrenching on. It is really fantastic to see what all of this means to them. Tim Wellborn owns the car and had it restored to perfection. It is actually amazing that the put this car on the salt! We’re sure it was fully pulled down once it got home and cleaned thoroughly.

Lastly, this is just a great all around piece of work. Setting up the scene of the era, talking about the wing cars, and rightfully tributing Issac, all the bases are covered.

Megan Thee Stallion to have a cameo appearance in Marvel’s She-Hulk: Attorney at Law

BangShift.com Classic Mustang GT350 As It Battles A Boss 302 Around Sebring