BangShift.com 1986 Review Of The Chrysler LeBaron Is A Neat Look Back 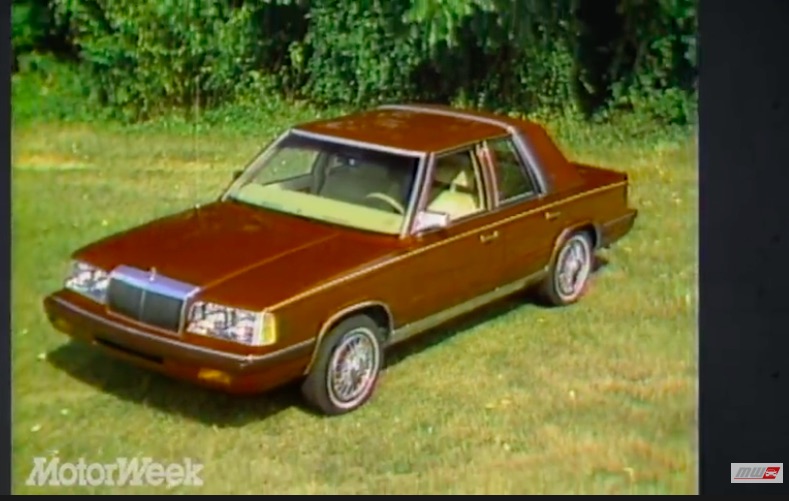 Like the bad tasting medicine a patient has to take to get better and overcome a medical malady, such was the position of the famed Chrysler K-Car in the 1980s. The company was staggering away from a 1979 declaration of bankruptcy and an ensuing bailout by the federal government. In 1981 they released the K-platform and over the course of the next nine years, the company would sell 2.1 million cars based off of the versatile platform. It would be stretched and shrunk where it needed to be, could be a coupe, a sedan, a van, and basically any other shape and size the company wanted it to be.

Chances are you may have owned one of these things new or used, you have most definitely driven in one (behind the wheel or not) if you are 35-40 years old or older, and your memories probably are not those of pleasure and wonderment. These things were as yeoman as it gets and the video below will prove it. Remember, the LeBaron is an upscale version of this thing and it gets to 60mph in FOURTEEN SECONDS. Drag strip times are not even published here. They were glacial.

Another thing to think about is the fact that 1986 is also the year the Ford Taurus was released. Advanced styling, technologies, ergonomics, and engineering were the hallmarks of the much loved Taurus. If there was a car that was the anti-Taurus, you are looking at it here.

Long live the K-car. It saved the company and never won a single drag race.

Ride In A 700+ Horsepower BMW M1 As It Blows The Doors Off The Competition At Hockenheim
Humongous Hybrid: Watch This Euclid Haul Truck Use “Trolley Assist” To Climb A Grade – Genius!

Three player props to add to your Week 1 bankroll