Ananya Panday is undoubtedly one of the leading actresses of this generation. The young diva, who had made her big Bollywood debut with Student of The Year 2, has successfully carved a niche for herself. Apart from acting, the Khaali Peeli actress is a fitness icon for many, but she has never shied away from flaunting her foodie side on social media. You can often see her indulging in decadent desserts and various desi meals. In fact, Ananya once also revealed that she loves having butter chicken, cheesy naan, sooji ka halwa and many other things! So, it goes without saying that Ananya’s foodie adventures are bound to make you drool. And her recent post is just proof of that!

On Sunday night, Ananya channeled her inner foodie as she took to her Instagram stories to share glimpses of the food she enjoyed. Sharing a video of her eating a dosa, Ananya captioned it, “nothing like a schezwan cheese dosa.” Another picture showcased a paneer dish which she captioned as, “Paneer Hungama.”

Have a look at Ananya’s pics: 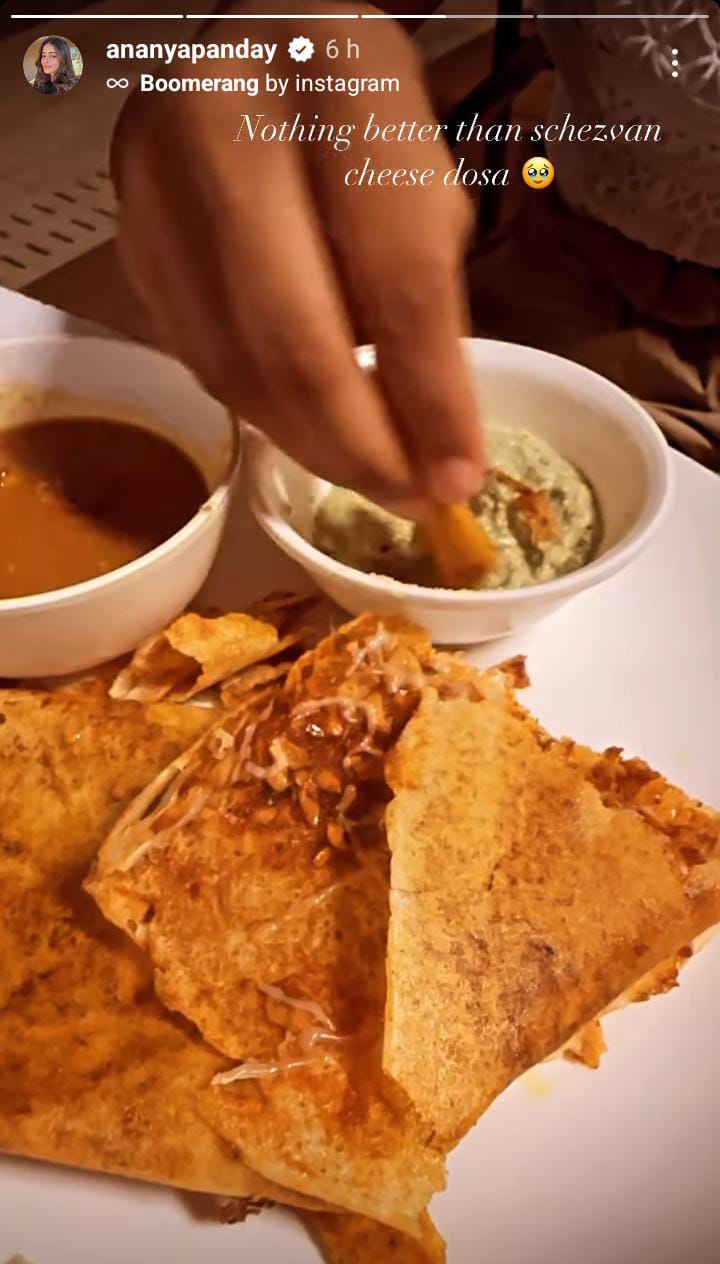 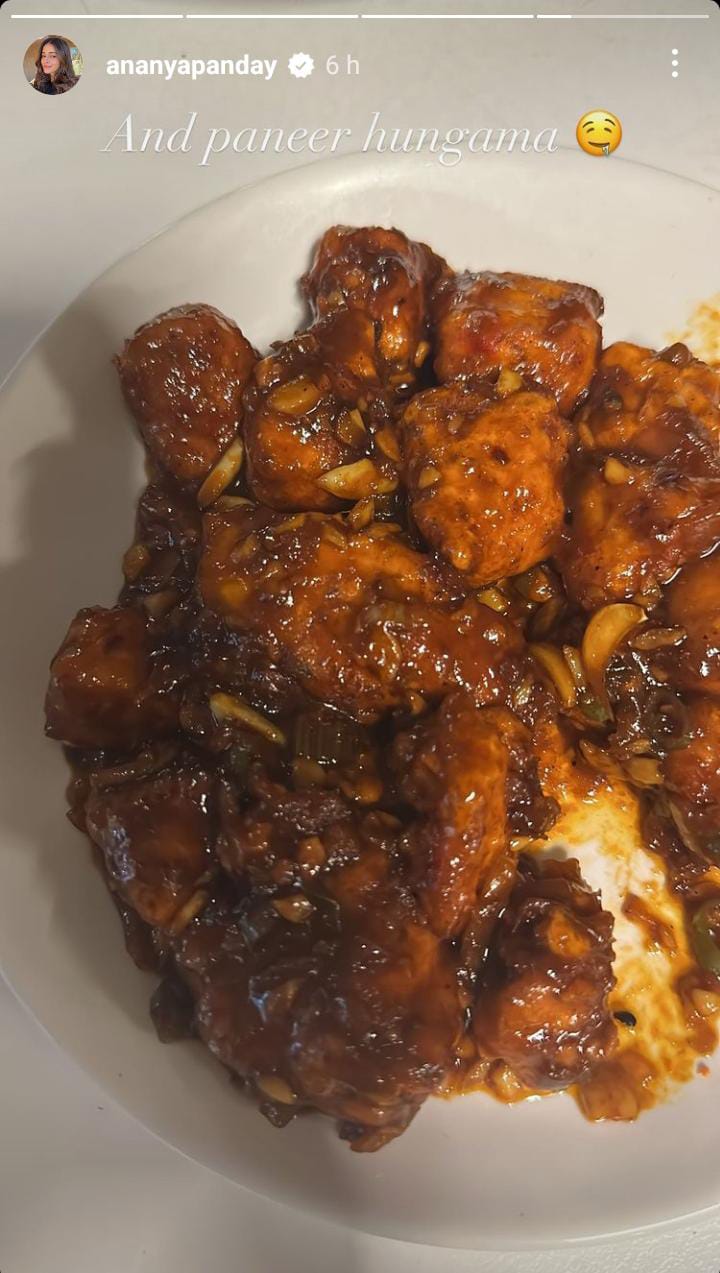 Meanwhile, talking about the work front, Ananya Panday was last seen in the martial-arts drama Liger. Directed by Puri Jagannadh, this pan India movie co-feature Vijay Deverakonda and Ramya Krishnan released on August 25 this year. The film was not received well but the songs of the film became quite popular among masses and the chemistry of the leads was lauded too.

Ananya will next be seen in Arjun Varain Singh’s directorial Kho Gaye Hum Kahan with Siddhant Chaturvedi and Adarsh Gourav. The movie will mark Ananya’s second collaboration with Siddhant after the 2022 release Gehraiyaan. She will also be seen in Dream Girl 2 featuring Ayushmann Khurrana. In an exclusive interview with Pinkvilla, the actress mentioned that she is in talks for three projects, she can’t speak much about.