Ajay Devgn pens a heartfelt note for his mother-in-law Tanuja on her birthday; PIC

Ajay Devgn is one of the most talented and promising actors in Bollywood. He made his debut with the 1991 film Phool Aur Kaante and ever since, he has been a part of more than 100 films in 30 years. He is also considered one of the most commercially successful actors in the film industry. Today, on the occasion of his mother-in-law and veteran actress Tanuja’s birthday, Ajay took to his social media handle and penned a sweet wish for her.

Ajay shared a picture of Tanuja on his Instagram story and wrote: “Happy Birthday.” Meanwhile, Kajol also shared a special video that featured clips from Tanuja’s films over the years on her Instagram handle. “She’s completed 70 odd years in the movies and 48 as my mother .. through this entire journey never once did I feel anything but safe and loved.. so many trials and yet she discussed everything that makes a life worth living with us,” the actress wrote.

“From death to compassion to charity to anger bitterness love and forgiveness. Like she says “ if I keep telling u these things then one day they will take root when u need them most “… and I thank u everyday for making me a thinking responsible feeling adult.. u taught us to soar not by throwing us off the cliff but by flying off it yourself and letting us watch u soar unafraid. I will always be ur first lieutenant and commander of ur armies and you will always be my captain and my queen.. love u to the moon and back mom,” Kajol captioned the video.

On the work front, Ajay will star in Maidaan, Thank God, Drishyam 2, and Bholaa. Tanuja was seen last seen with Pratik Gandhi in Hansal Mehta’s Baai, one of the short films in Modern Love Mumbai. 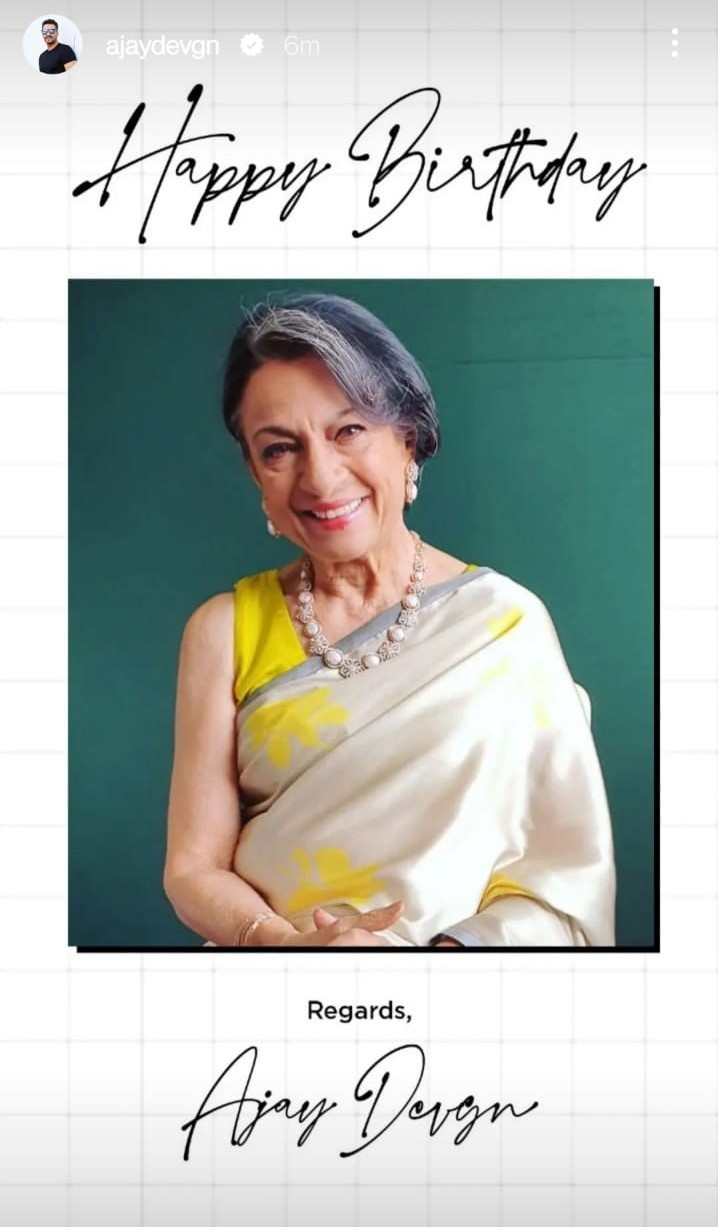